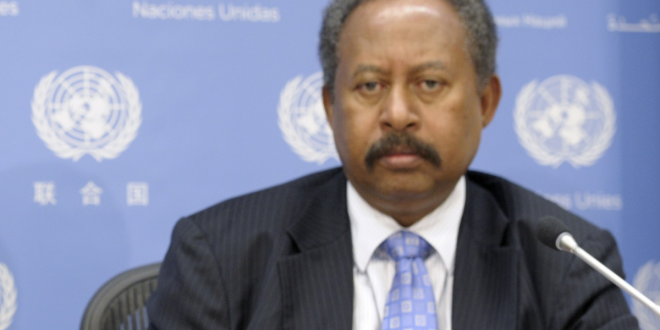 Hamdouk said that he has conducted “useful” discussions with American officials while attending the United Nation’s 47th General Assembly in the US.

Following an event for gathering support, Hamdouk noted that coming to the UN gave him a great opportunity to meet many leaders in the US administration.

“We had a very useful discussion on the issue of inclusion [of Sudan] as a state sponsor of terrorism. We hope that very soon we will be able to conclude an agreement that will allow Sudan to be removed from the list,” he said.

Hamdouk further explained that the new Sudan, which embraces good governance and democracy, is not a threat to any country in the world.

During his speech before the 74th session of the UN General Assembly, President Abdel Fattah Al-Sisi called the UN to remove Sudan from the list of state sponsors of terrorism after the latest positive updates in the country.

In 1993, the US placed Sudan on a list of state sponsors of terrorism, separating the country from financial markets and stifling its economy. Washington also accused the government of former President Omar Al-Bashir of supporting terrorism.

The new civilian government led by Hamdouk was announced early in September. It is the first government after ousting Al-Bashir on 11 April, following protests against his policies.

The government includes 20 ministers, 18 of which are announced by the prime minister, and two are scheduled to be named later. Four of the ministers are females, including Asmaa Abdullah, Sudan’s first female foreign minister.