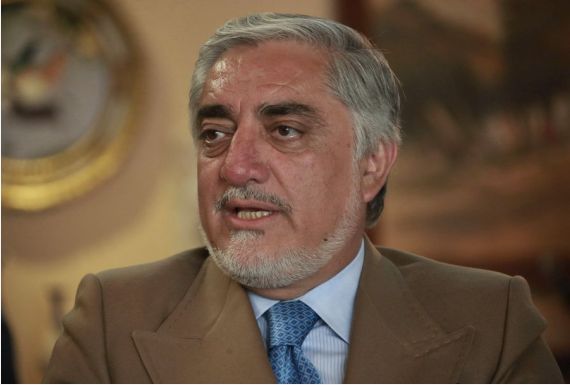 The upcoming twice-delayed presidential election slated for Saturday is crucial for Afghans as the new government could find new ways for ensuring peace and stability for the war-torn country, government Chief Executive Abdullah Abdullah said Thursday.

“A good election will have a good impact because somebody who becomes the president of the country, who has the backing of the people and the mandate of the people, could step on more seriously in the peace process,” Abdullah told Xinhua in an exclusive interview.

Taliban militants who have vowed to derail the election termed the voting process as a “ploy of foreign invaders to continue their occupation of Afghanistan,” calling upon people to boycott the poll.

Responding to a query on Taliban’s intimidation of the polls, Abdullah said “they have always been opposed to the elections, that is not new and that is unfortunate.”

“I am concerned but I am also sure that the elections are going to take place,” Abdullah said, adding that Taliban opposed elections in the past but “elections have taken place in the past but … They (the Taliban) should realize that if a good election takes palace, only people who are supporting peace process will come out.”

A total of 18 contenders have been registered to run for the presidency with a five-year term and among the candidates are sitting President Mohammad Ashraf Ghani and Abdullah.

More than 9 million eligible voters are expected to cast their votes during the polls.

On the 70th anniversary of the founding of the People’s Republic of China, Abdullah said China has emerged strong, having achieved fast growing development, lifted its people from poverty, and played an important role in Asia, Africa and elsewhere as well.

Commenting on the Sino-Afghans ties, Abdullah, a former foreign minister who have visited China for a couple of times, noted “We have good ground for developing relations. The relations have always been friendly. It could be further strengthened.”

He also said that China can make contribution to Afghans by bringing about peace to end the protracted war and conflicts in the country.

UN refugee chief to visit Iran for talks about Afghans