The glamorous days of El-Gouna Film Festival (GFF)’s third edition have come to an end on Friday. The festival that captured Egypt’s attention for the past ten days, with celebrity news, dresses, and general celebration of art, closed the curtains of its final night, announcing this year’s winners. 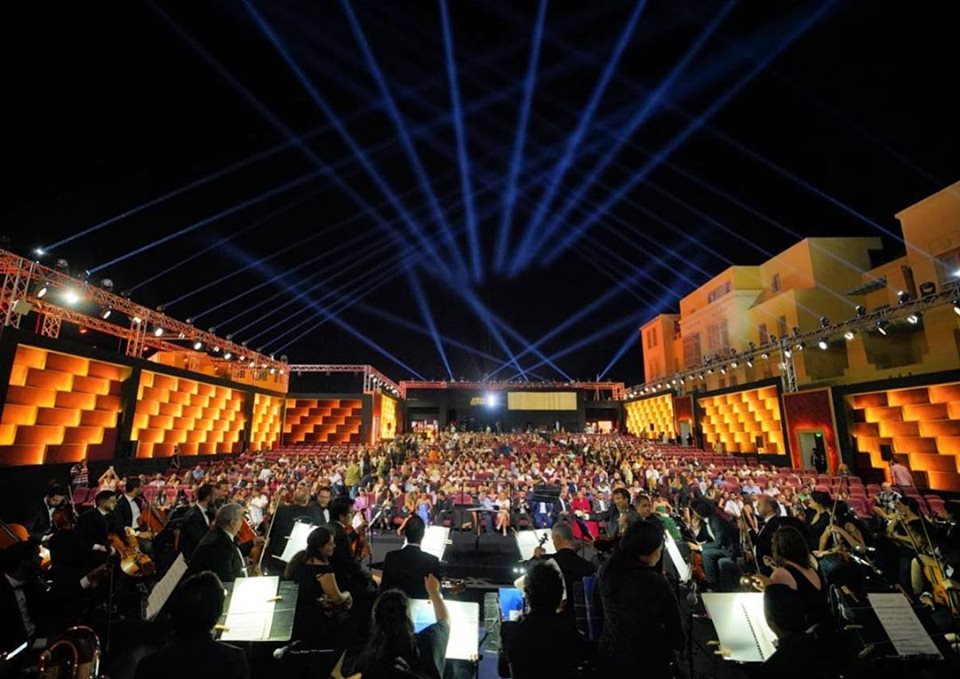 Directed by the Sudanese Amjad Abu Alala, the film takes place in one of Sudan’s villages. Abu Alala takes the audience through a journey of a loving mother who gives birth to a boy, Muzamel. The boy is cursed by a Dervish prophecy that will end his life at 20. Knowing that, his mother gets overprotective as she takes her child and runs away.

Starring Bartosz Bielenia, the film tells the story of a young man, Daneil, who gets a spiritual awakening call while spending a sentence at the youth detention centre. After getting out of jail, the young man’s criminal history prevents him from becoming a priest. The movie was premiered at 2019 Venice Film Festival, as well as at the 2019 Toronto International Film Festival.

Bielenia also won the El-Gouna Star for Best Actor for his role in the film, marking his first award for the role.

As for the El-Gouna Bronze Star for Narrative Film, it went to Morrocan film, Adam, directed by Maryam Touzani who also wrote it in participation with producer Nabil Ayouch. The film is based on a true story Touzani lived herself, about an unwed pregnant woman looking for a job. The female director lived the story when her family sheltered a woman suffering from similar circumstances, back when it was illegal in Morocco.

The Best Narrative Arabic Film award went to the Algerian film Papicha by female filmmaker Mounia Meddour, as her first long film experience. The film tells the story of a student, Nedjma, who dreams of becoming a fashion designer with her own fashion show in the 1990s, despite the complexities of her country’s civil war.

The film was screened at Cannes Festival’s Un Certain Regard, and competed for the Caméra d’Or. At the festival, Meddour said that through this film, she “wanted to tell the story of this young woman who, through her resistance, takes us on a long journey full of obstacles and at the same time, revealing to us a number of facets of the Algerian society.”

For her role at the Tunisian film Nora’s Dream, prominent Tunisian actress Hend Sabry, won the El-Gouna Star for the Best Actress.

Lastly, the Cinema for Humanity Audience Award went to the French film Les Misérables, directed and co-written by Ladj Ly. The film is taken from a short film by the director under the same name. Inspired by Paris’s 2005 riots, the film follows

three members of an anti-crime brigade discovering different tensions in their district.

The film won the Jury Prize at Cannes film festival as well. 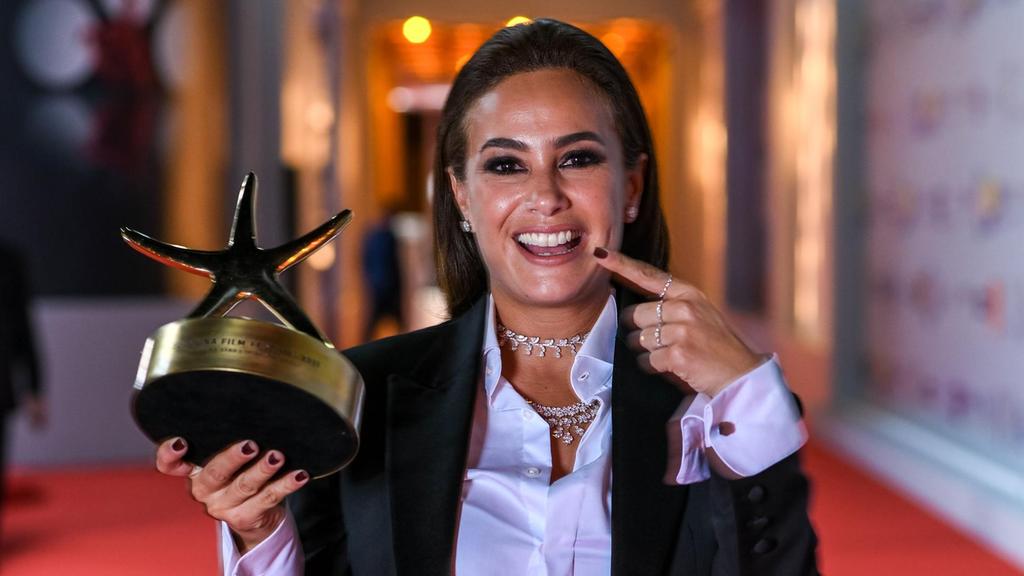 The El-Gouna Golden Star for Documentary Film went to the Sudanese film Talking About Trees by director Suhaib Gasmelbari. The film tackles the revival of old Sudanese films in the country, through featuring four old filmmakers who battle to bring the cinema back to Sudan and establish a Sudanese film club.

Competing with eight films, the movie 143 Sahara Street won El-Gouna Silver Star for Documentary Film. Directed by the Algerian Hassen Ferhani, the film tells the story of Malika, a highway diner that offers coffee, tea, and omelets to the drivers who pass by in their road trips. Through the movie, the audience gets to explore the history of the area, including the storyteller herself.

El-Gouna Bronze Star for Documentary Film award went to the documentary Kabul, City in the Wind. Directed by Aboozar Amini, the film features the details of Kabul city, the capital of Afghanistan through the life of a bus driver and two kids who roam the city destroyed by political and religious powers.

As for the El-Gouna Star for Best Arab Documentary Film, it went to Ibrahim: A Fate to Define by the Palestinian director Lina Alabed, who also co-wrote it with actor and director Rami Nihawi.

The film tackles the story of Lina’s father, Ibrahim, who left the house one day and never returned. Looking for him, the family found out that he is a secret member of the Revolutionary Council, popularly known as the Abu Nidal Organisation. The group is a Palestinian militant faction that opposed the Palestinian Liberation Organization’s attempts to adopt more peaceful solutions to the conflict with Israel. In the film, Lina imagines the destiny of her father from the day he went missing by connecting locations, faces, and thoughts that shaped her father’s world. 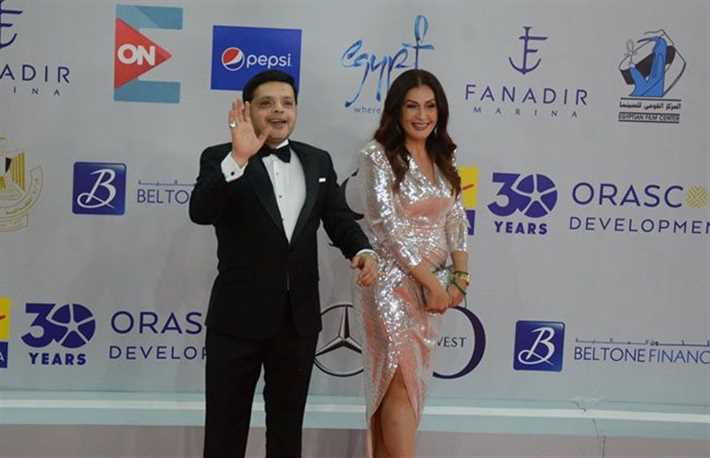 The competition witnessed a heated participation of 22 short films. The El-Gouna Golden Star for Short Film award went to Exam, a short film for the director Sonia K. Hadad.

The film goes into the life of a young teenager who gets involved in the process of delivering a pack of cocaine to a certain client, and later gets stuck in a weird cycle of occurrences.

Runner-up Lebanese film Ome (My Mother), by director Wassim Geagea, won the El-Gouna Silver Star for Short Film. In a journey that is full of questions about fairness, the film follows the life of nine-year old- boy, Elias who loses his mother unexpectedly, and desperately aims to revive her from heaven.

The Brazilian-Spanish film Flesh by director Camila Kater won the El-Gouna Bronze Star for Short Film. The 12-minute-film tackles the changes women’s bodies go through in different ages, and their perspectives towards their own bodies. Featuring deep talks with five women from different ages, globally considered taboo topics are discussed.

Jordanian director Zain Duraie’s Give Up the Ghost, won the El-Gouna Star for Best Arab Short Film. The film tells the story of a Jordanian housewife, Salam who dreams of becoming a mother. She falls apart when she learns about her inability to have children with her husband. The film displays a lifetime of convictions and beliefs that are put to the test as Salam realizes she must make a choice.

The comedian star Mohamed Henedy was honoured during the closing ceremony.