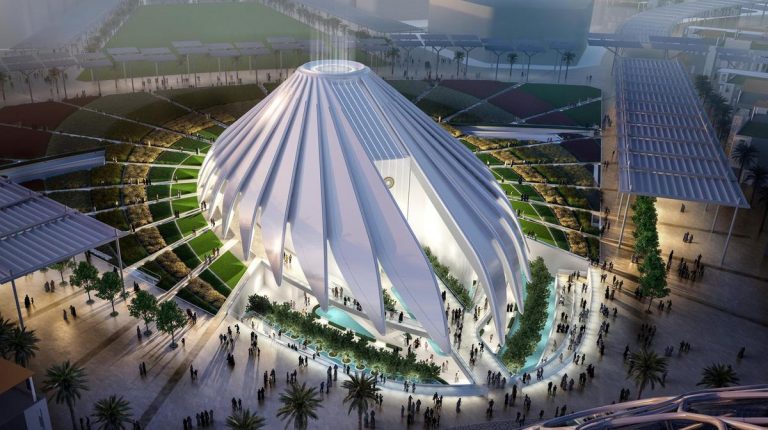 Dubai – About a year before its launch in October 2020, Dubai is in race against time to complete its preparations to host Expo 2020, for the first time in the Middle East and South Asia since it was first launched in Britain in 1851, under the title “Great Exhibition”.

From 20 October to 10 April 2021, the event is set to welcome 190 participating countries for the first time in the expo history, and 25 million visitors from across the globe, of whom 70% are expected to be foreigners. 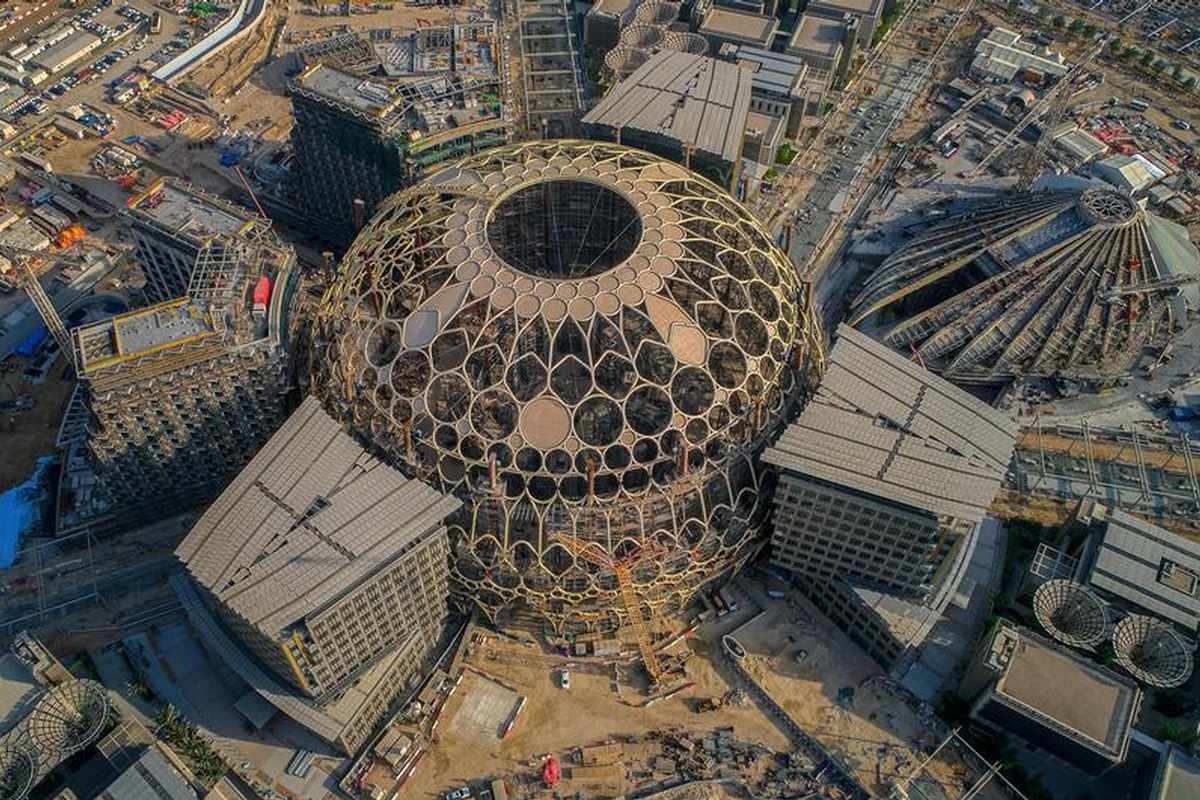 Under the slogan “Connecting Minds: Creating the Future”, the vision of Expo 2020 is when people and ideas come together, innovation and progress follow.

Since youth are the core of World Expo, this event aspires to create a meaningful legacy that will benefit generations to come, both locally and globally, spanning everything from innovations and architecture, to friendships and business opportunities.

Amid preparations in the new Dubai Sout, Daily News Egypt visited the Expo 2020 site, with a delegation from the Tourism and Aviation Division in the Alexandria Chamber of Commerce as well as some Egyptian journalists.

The visit was part of a tour organised by the Department of Tourism and Commerce Marketing (DTCM) in Dubai, the principal authority for the planning, supervision and development of the tourism sector in the UAE. The Egyptian delegation’s visit to Dubai lasted from 21 to 25 September. The delegation included representatives of 27 tourism companies.

Cranes, equipment, heavy and light machinery, and tens of thousands of workers and employees full of enthusiasm have been working in the site since March 2017, to prepare for the launch of the Arab world’s first expo.

Within the Mohammed bin Rashid Al Maktoum Connecting Minds Complex, just a few steps from the construction site, members of the Egyptian delegation were distributed to different halls where they were briefed on preparations for the event. 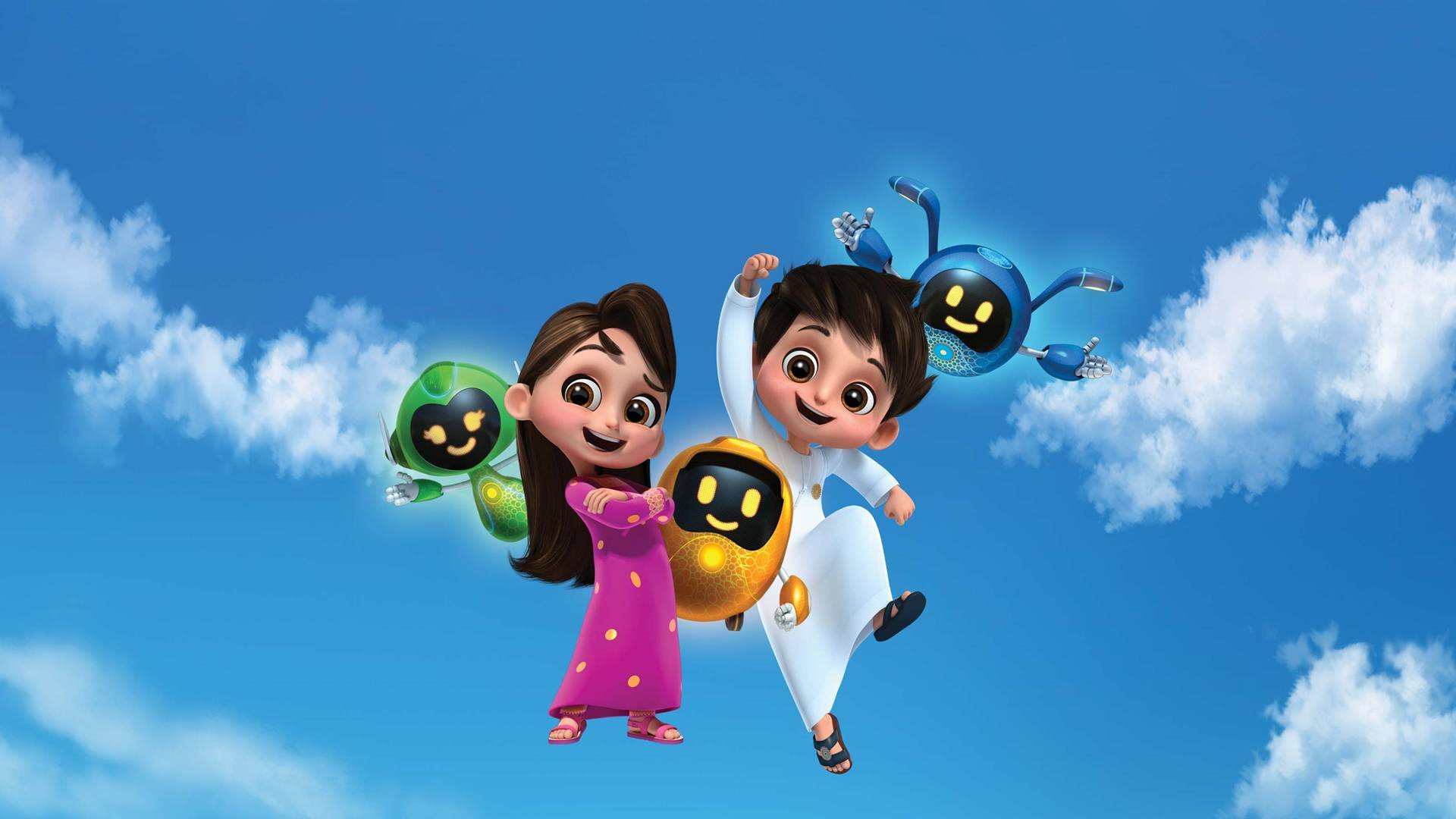 To meet Expo’s target of visitors, some reports indicated that more than 24,000 hotel rooms will be required.

Accordingly, the DTCM organised an extensive tour for the Egyptian delegation to the most important tourist facilities, some of which are more than five-star luxury, and located in the heart of the city or on the shores of the famous Jumeirah area.

During the peak six-month period of the World Expo, it is predicted to add the equivalent of 1.5% to UAE’s Gross Domestic Product (GDP).

The scale of investment pouring into constructing and hosting the event, the goods and services consumed by the expected visitors, and the businesses that will occupy the Expo site in the legacy phase, will all result in an economic dividend that will benefit large and small businesses across different sectors for years to come, the report states. Small and medium-sized enterprises (SMEs) are expected to receive AED 4.7bn during the preparation phase of the exhibition. 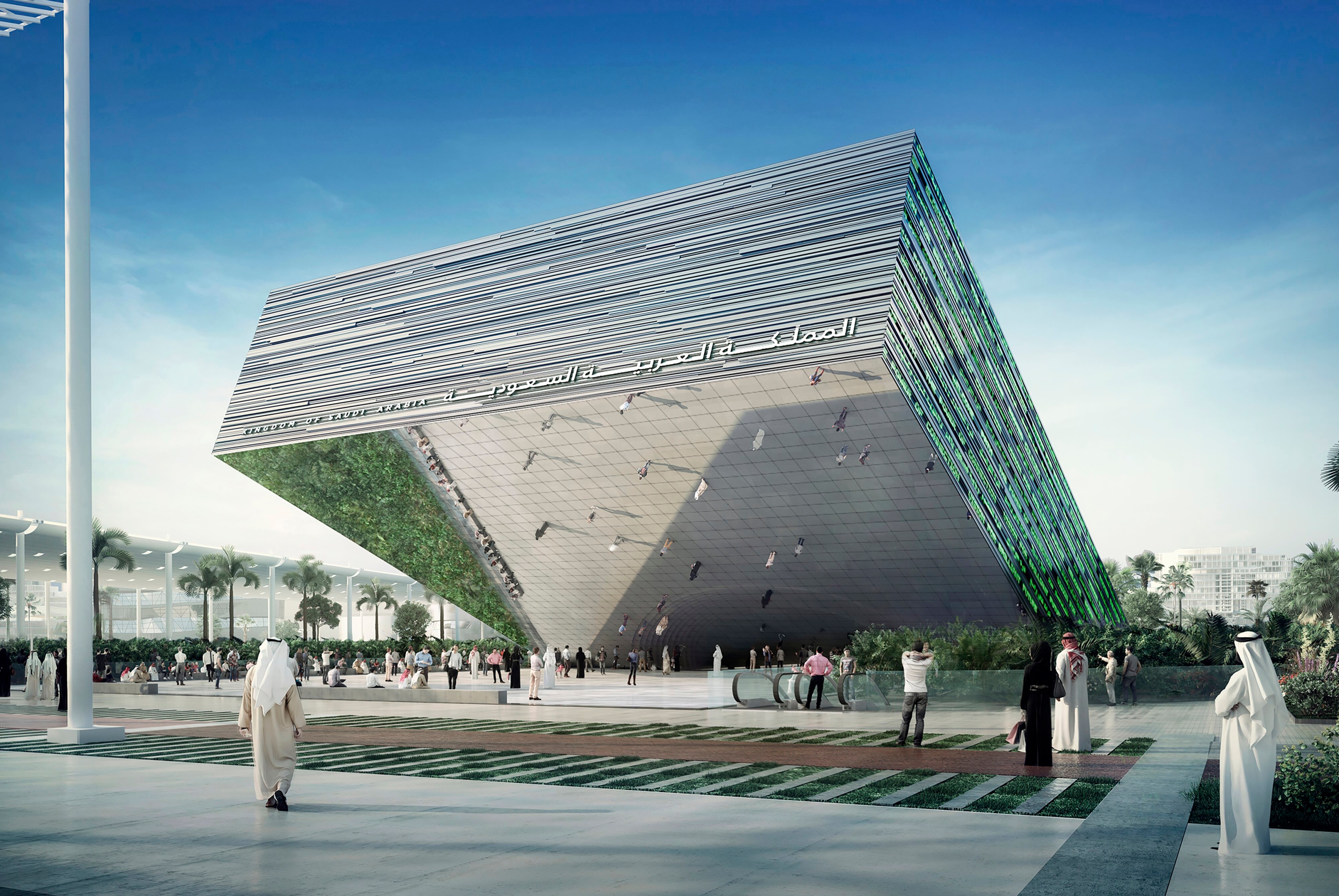 Since Dubai won the bid to host the expo in November 2013, the economic impetus is driven by the construction sector as work continues on building the site and supporting infrastructure through roads, bridges, and the Dubai Metro Route 2020 line.

For over 160 years, world expos have helped people make sense of change and navigate through difficult times by promoting education, innovation, and cooperation.

World Expo is a large international exhibition designed to showcase the achievements of nations. The first Expo held in London 1851 was attended by 6m people, including renowned personalities like Charles Darwin and Charles Dickens. To date, 33 cities have now hosted a World Expo, from London to Osaka, and now Dubai. 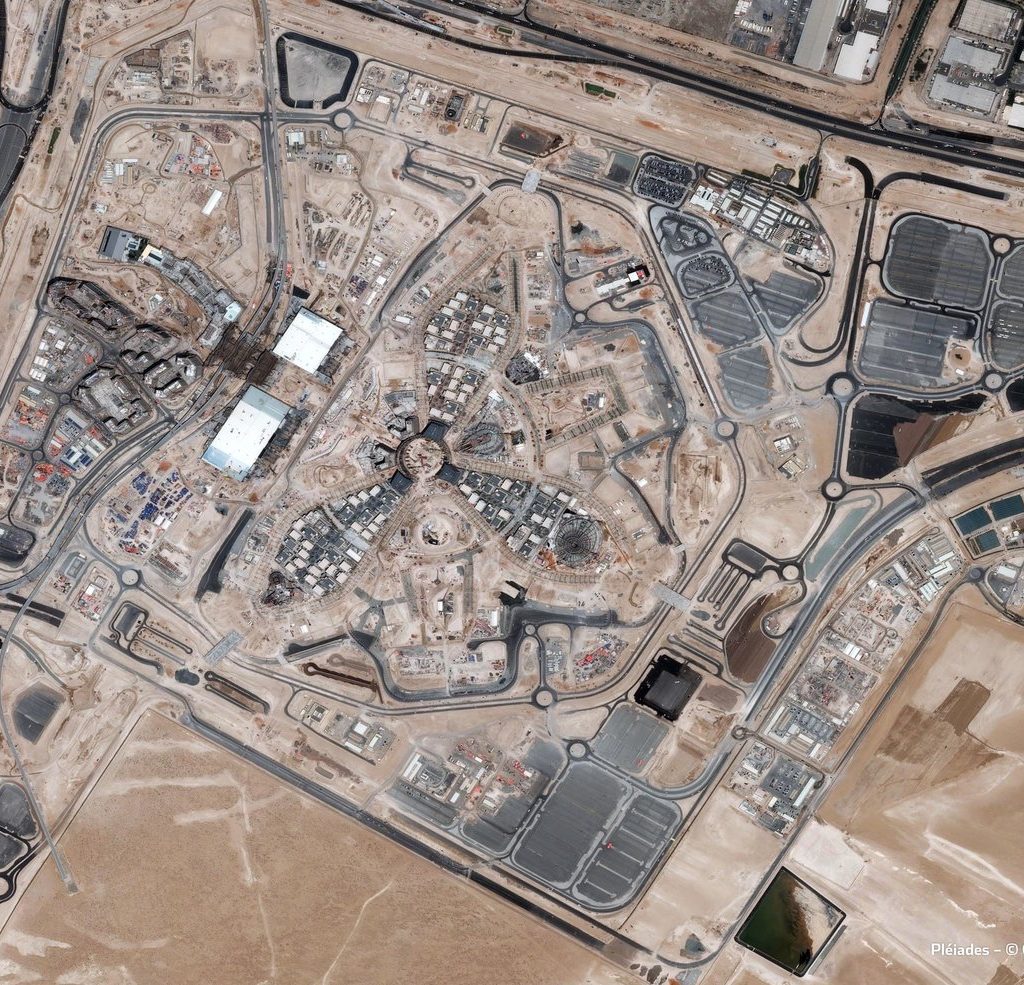 The earlier expos, from 1851 to the middle of the 20th century, were strongly influenced by the industrial revolution and the colonial ambition of the time. After World War II, the fascination for material progress gave way to the promotion of human progress and international dialogue. Technology was still at the centre of expos, but not as an end in itself, as a means for human development. Since the year 2000, expos have taken on a significant role of raising awareness on the importance of sustainable development and addressing the crucial challenges of our time.

One magical ghaf tree, two intrepid Emirati siblings, and three helpful robot-guardians have been revealed as the mascots for Expo 2020 Dubai, embarking on a thrilling adventure through time and space to discover the meaning behind the next World Expo.

Latifa is an inquisitive eight-year-old girl who dreams of becoming one of the world’s greatest inventors. The chatty youngster – who loves playing with her chemistry set and disassembling electronics – is keen to share her knowledge with others and always looking for an opportunity to learn something new.

Her brother, nine-year-old Rashid, cares deeply for the environment and enjoys poetry, drawing, riddles, and family tales passed down through the generations.

The two siblings draw inspiration from the wisdom of Salama, a desert-dwelling ghaf tree which overlooks the Expo 2020 site and was preserved during construction. Hundreds of years old, the magical character is known for her captivating storytelling as well as her extensive knowledge of UAE history and culture.

Under Salama’s watchful eye, Latifa and Rashid go on an exciting journey guided by the robots Opti, Alif and Terra – who represent Expo 2020’s three subthemes of opportunity, mobility and sustainability, respectively.

During their adventure, Rashid and Latifa must unlock Salama’s secrets, explore the world-changing inventions revealed at past World Expos, and discover all about Expo 2020.

The country’s ancestors have long found respite in the shade of the ghaf tree. Salama epitomizes this spirit of giving, which remains a cornerstone of Emirati culture today that more than 200 nationalities call home. Millions of visitors to Expo 2020 will experience the famous hospitality for which the nation is known, as they celebrate at the World’s greatest show. 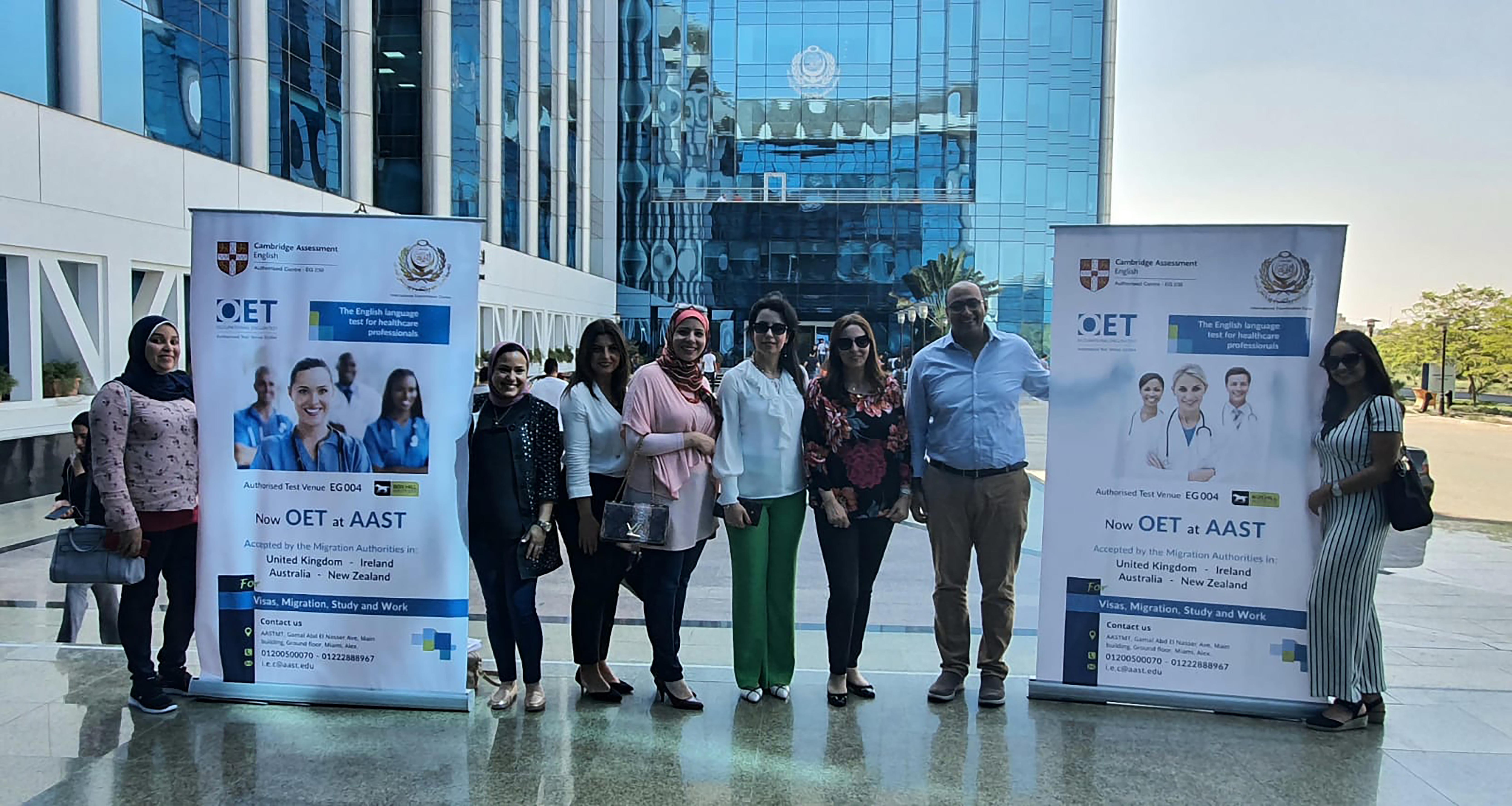 The ghaf tree represents the deep-rooted values upon which the UAE was built – such as stability, tolerance and resilience in often harsh conditions – and in which the nation continues to flourish.

A series of short films starring the mascots will be released in the coming 12 months, each focusing on an Expo subtheme.

Architecture and Sustainable Development roundtable to kick off 26 October