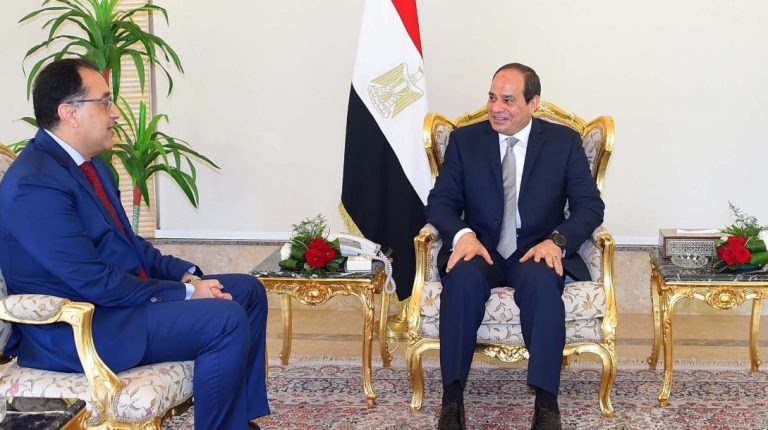 According to a presidency statement, both leaders stressed the importance of concerted efforts for facing the existing challenges in the region to preserve Arab national security.

The Bahraini king praised Egypt over its efforts to support regional and international peace and security, while Al-Sisi hailed the deeply-rooted historical relationship between the two Arab nations.

Also, on Saturday, Al-Sisi met with Prime Minister Mostafa Madbouly, in which he ordered the continuing of efforts in upgrading Egypt’s spinning and weaving industry in order to regain its prominence.

Minister of the Public Enterprise Sector, Hesham Tawfik, and the presidential adviser for urban planning attended the meeting.

During the meeting, Tawfik reviewed the president on his ministry’s efforts to improve the textile industry, reviewing the assets of public business companies nationwide, while President Al-Sisi highlighted Egypt’s competitive advantages in terms of cotton production at the global level.