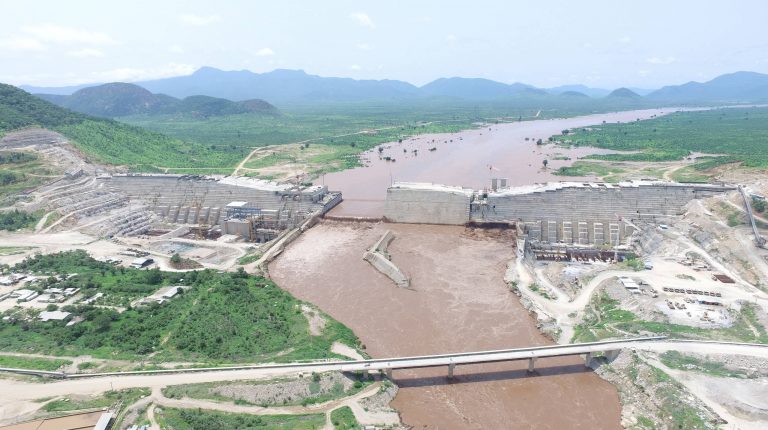 In the wake of the recent deadlock between Egypt’s and Ethiopia’s negotiations over the Grand Ethiopian Renaissance Dam (GERD), the Egyptian government has been in turmoil over the future of the country’s water share of the Nile, especially after official statements confirmed that the dam will indeed affect its share.

Egyptian President Abdel Fattah El-Sisi said recently, on the sidelines of the United Nations General Assembly (UNGA) held in New York, that the GERD will not operate by a fait accompli because Egypt has no source of water except the Nile River, pointing out that 95% of Egypt’s area is desert and any disruption to the water share has negative impacts.

“We are responsible for the security of our citizens,” he added.

On that note, Al-Sisi called for international intervention to sort out the GERD negotiations, followed by acceleration from the government to gain support from different countries. Egypt’s Foreign Minister Sameh Shoukry raised the issue and its developments with his counterparts from four countries, including Russia, in separate bilateral meetings in New York on the sidelines of the UN’s annual meetings.

Egypt’s government fears that the Ethiopian dam will negatively impact its limited share of the Nile’s water, estimated at 55.5 bn cubic meters (cm), of which Egypt depends on more than 90% for drinking, agriculture, and industry. Yet, Egypt says Ethiopia has rejected its proposals on rules for filling and operating the dam.

As part of Egypt’s new strategy to gain international support , Shoukry recently met separately with the foreign ministers of South Sudan, Burundi, Senegal, and Russia, to brief them about the GERD’s negotiations updates. He reiterated Egypt’s “uneasiness over the long duration of the negotiations,” stressing “the importance of pursing the process of negotiations in good faith for the sake of reaching an agreement that takes into account the interests of the three countries: Egypt, Ethiopia, and Sudan.”

The government’s action came days before the start of an urgent meeting of the Independent Scientific Group (ISG) for the negotiations over the GERD in Khartoum on Monday 23 September, and continued until the following Thursday. It discussed the Egyptian proposal for the rules of filling and operation of the GERD, as well as proposals from Ethiopia and Sudan.

Speaking to the UNGA, Sisi said the international community should play a constructive role in urging all parties to be flexible in negotiations over the GERD, seeking a mutually satisfactory agreement.

Egypt and Ethiopia recently exchanged a rare verbal escalation over the deadlock in GERD negotiations, for which Cairo demanded to end the eight-year negotiations without results. Addis Ababa considered the Egyptian proposals as violations to its sovereignty and hence rejected them.

During Shoukry’s talks with his Burundian counterpart, Ezekiel Nebigira, the latter stressed his country’s understanding of Cairo’s position in the negotiations of the GERD, and the importance of the Nile River as the sole source of life for Egyptians.

Similarly,  Shoukry was keen on explaining to his Russian counterpart the latest developments in the negotiations of the Ethiopian Dam, stressing that the issue of the Nile River water is a matter of life and existence for Egypt.

In a speech to the UN, Sisi warned that “the continued stumbling in negotiations on the Ethiopian dam will have negative repercussions on stability, as well as on development in the region in general, and Egypt in particular.”

Returning to the history of the GERD, political tensions between Egypt and Ethiopia on the issue began when late President Mohamed Anwar Sadat announced his intention to extend the Nile water to Sinai in 1979 to reclaim 35,000 acres, angering Ethiopia. Accordingly, it strongly opposed the project and filed a formal complaint to the Organization of African Unity against Egypt in 1980.

The issue remained the same until six of the Nile source countries announced signing a new treaty to share its resources in the Ugandan city of Entebbe. Cairo and Khartoum were given one year to join the treaty, but they rejected and confirmed that the agreement is contrary to all international conventions. The UN and the African Union demanded postponing the dam funding until the end of the rule of former President Hosni Mubarak.

In February 2011, as protests continued in Tahrir Square during the events of 25 January, Ethiopia announced its intention to build the Hidase Dam on the Blue Nile, 20 to 40 km away from the Sudanese border with a storage capacity of about 16.5 bn cm. Its name has been later changed to GERD.

On 2 April 2011, as the demonstrations continued in Egypt, the late Ethiopian Prime Minister Meles Zenawi officially began construction of the dam and the foundation stone was laid. In May 2011, as trials and the ‘second revolution of wrath’ in Egypt continued, Ethiopia announced that it would brief Egypt on the dam’s plans to study the extent of its impact on the downstream countries of Egypt and Sudan.

As the situation worsened, the Egyptian and Ethiopian authorities agreed to form an international committee to study the effects of the construction of the GERD, and in July 2012 after the visit of former President Mohamed Morsi to Ethiopia to discuss the water file, bilateral negotiations were suspended for months.

Negotiations resumed after President Abdel Fattah al-Sisi took office in June 2014. In March 2015, Egyptian President Abdel Fattah Al-Sisi, his Sudanese counterpart Omar Al-Bashir and Ethiopian Prime Minister Hailemariam Desalegn  at the time signed the Declaration of Principles on the Renaissance Dam in the Sudanese capital Khartoum. It is consistent with the general rules of international law governing dealing with international rivers.

A few Egyptian media outlets have in the recent years also hinted that the failure of talks between the three countries may push Egypt towards direct military action against Ethiopia.