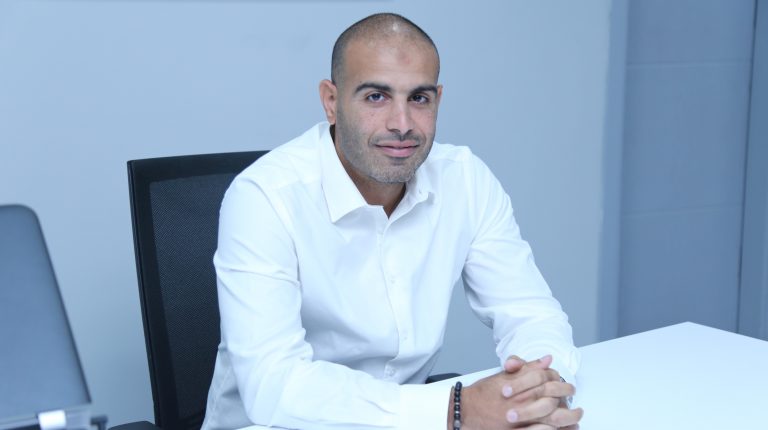 The Marketing Manager at KIA Egypt, Sherif Fahim, explains in detail why this decrease occurred, the company’s strengths in 2019, and his vision for 2020.

Fahim predicts that the automotive market is gradually recovering. The first half was frozen, he said, because of the price fluctuations caused by the custom exemption of European cars, because European cars fell sharply against their competitors, which significantly confused consumers: Why buy Korean or Japanese cars that cost the same as European cars?

Considering that a large segment of consumers prefers to rely on Japanese and Korean cars because they maintain their resale price and have relatively low operating expenses compared to European cars, unfortunately this is due to unfair competition factors owing to the customs exemption on European cars.

Fahim confirmed that KIA is planning to participate in the Automech Formula Exhibition, but after the withdrawal of many other brands, the administration made a decision to withdraw and participate next year. What helped it in making that decision are several factors, most notably, the lack of new models offered by the company in the Egyptian market. Fahim completely excluded KIA’s withdrawal from the exhibition due to low sales or budgetary reasons.

Fahim believes that the government’s tendency to localise the industry encourages KIA to increase its local production and its locally assembled models, but in the same context, there are no initiatives from the parent company to create a cooperation between Hyundai and KIA in local assembling. The original company is the same, but the agent is different, and each agent has their own policy and brand management. This is the case with the Renault and KIA Group who are one company, but with separate management, and the two teams are completely different.

He ruled out assembling the Pegas model, because its cost will not only reduce the price of the car as expected, but he also stressed that the company is currently studying models that it intends to assemble in the near future.

Fahim ruled out building a factory for KIA in the Egyptian market for export, because the company’s factories are currently sufficient, and meet the current demand. These factories are located in Korea, Mexico, Slovakia, China, America, and India.

Performance of the company’s models

Fahim described the Sportage as the winning bet of the Egyptian market, as the Sportage was the best-selling model in the automotive market despite the bad conditions experienced by the Egyptian automotive sector, and it has managed to surpass the expected sales barrier since the beginning of the year.

The importation of the car from the original company’s factory in Slovakia helped it enter the Economic Partnership Agreement (EPA), and its customs reached zero earlier this year, helping to lower the car’s pricing compared to other competing models.

The Sportage sales reached 2,356 vehicles in the first seven months of this year, while sales reached 452 cars last July, and its market share reached 15.8%.

The locally assembled Sorento model has started to recently spread and its sales indicators have improved and become better compared to the beginning of the year, but it has not been able to reach the sales expected by the company so far. Fahim expects sales to increase but at a relatively slow pace, since it is a new car in the Egyptian market, and, as usual, any car newly launched in the domestic market moves slowly at first. Sales of the Sorento in the first seven months of this year reached 183 cars.

Fahim ruled out exporting the Sorrento because the purpose of the assembling was to launch it locally in the first place, in addition to the difficulty of exporting due to the need for mutual trade agreements, and applying all the specifications and standards that vary from one country to another.

Fahim ruled out launching the Stinger model in the Egyptian market, which is strong and widely known globally. He attributed this to the scarcity of demand in the market, given the high customs imposed on that model, which is 135% in custom fees, 8.55% in development fee, in addition to other fees, which takes its price to unreasonable levels and weakens its selling opportunity before other competitors.

For example, the Stinger is available in Gulf markets and can strongly compete with other cars within its class.

Finally, Fahim denied the possibility of maintaining the cars of the parallel ‘Gulf cars’ market due to the refusal of the parent company, and if the parent company decides to do that, it will pay additional fees to introduce maintenance centres, because the cars are registered with their chassis numbers with agents of other countries.

The Pegas model competes with strong European cars such as Peugeot 301 and Citroen C-Elysee with a very small difference in price. In this price category these differences help other cars to outweigh the Pegas. It is also a new car on the Egyptian market, and is relatively small compared to other cars in its same class. It also has several competitors locally that are much cheaper and are being locally assembled.

The Grand Cerato is also competing against cars that have full custom exemptions, including the Corolla and the Megane. The situation is similar to that of the Hyundai Elantra AD, which is in the same crisis with the same competitors, and the Corolla dominates that class of cars.

Between 2009 and 2010, there has been nearly no competition for Gulf cars which sold almost 40% of what the official dealer sells in markets.

According to Fahim, electric car technologies have caused their prices to be too high for the Egyptian market, which makes the same car cost almost double its price in case of the existence of an electric version of it. Besides, the culture of electric cars is not widespread in Egypt because of the lack of adequate infrastructure to receive and ship those cars.

He stressed that KIA Egypt has a long-term plan to introduce electric vehicles in Egypt, but it depends on the presence of demand from customers on the company’s models, as well as the presence of a strong infrastructure. This plan takes about three years to implement.

Fahim believes that non-European hybrid cars will not be famous in the Egyptian market because they are more expensive than traditional cars, in addition to the added customs expenses on their price, which puts them in a weak position against their competitors from Europe.

He stressed that with the arrival of a large number of KIA electric models to the Egyptian market, especially the KIA Soul model, KIA Egypt will not carry out maintenance work for these cars at all, because they arrived to the market through third parties separate from dealers. This is because the centres and technicians, as well as the after-sales service centres and spare parts, are not qualified yet for these models, especially that the company has not launched these cars and does not have any information about them.

Fahim believes that the car market is stabilising and rebounding, and he predicts that car sales will increase by 10-15% in 2020 compared to 2019.

Fahim stressed that KIA is trying to utilise the current difference in prices to its favour in order to adjust the prices of one of the imported models that is already available at the company.