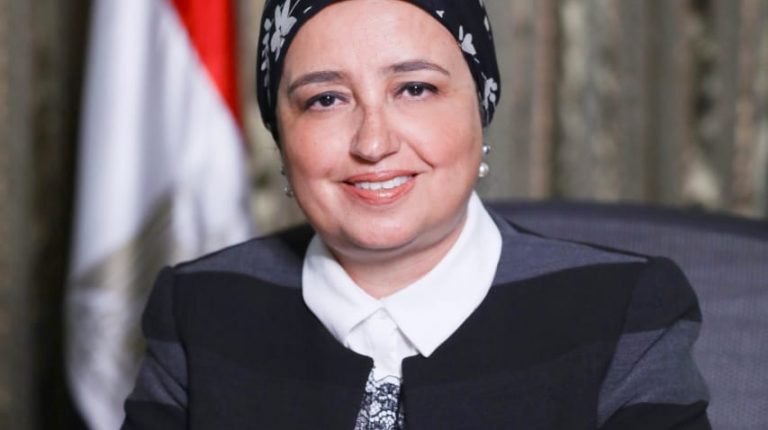 This came during the event organised on Monday by the British Egyptian Business Association (BEBA), entitled “Digital assets and artificial intelligence”. The Egyptian now use Meeza cards to receive pensions, salaries, and even subsidies later on, she added.

“We need to intensify our cooperation with all stakeholders to move to a less cash economy,” Helal said, asserting the crucial role of the National Payment Council, headed by President Abdel Fattah Al-Sisi, is to boost the digitisation of financial services.

Helal mentioned that financial inclusion is an important pillar of the CBE strategy toward digital transformation, adding that there are several positive regulatory reforms have been taken recently.

The Egyptian parliament approved the non-cash payments law and its executive regulations are expected to be issued in the coming few weeks, Helal stated.

In February 2019, the comprehensive consumer protection regulation was issued in order to tackle areas like financial education, financial awareness, protection of consumer data, and privacy she said, adding, “now we have a unit at CBE that is responsible for consumer protection and directly reporting to the governor and CBE board.”

Today, there are 13.5m mobile wallets and 32m cards, she said, asserting that the CBE will work on boosting the use of the mobile wallets.

“We added a new chapter to the new Banking Law for digital financial payments,” she said, adding that the CBE is cooperating with the Ministry of Interior and other stakeholders to issue the digital ID.

Helal stated that CBE will launch an initiative to support businesswomen to have their small and micro enterprises supported, noting that there are 23,000 businesswomen who will benefit from the pilot stage of the initiative.

We have come a long way in developing IDB’s technological infrastructure: Fahmy