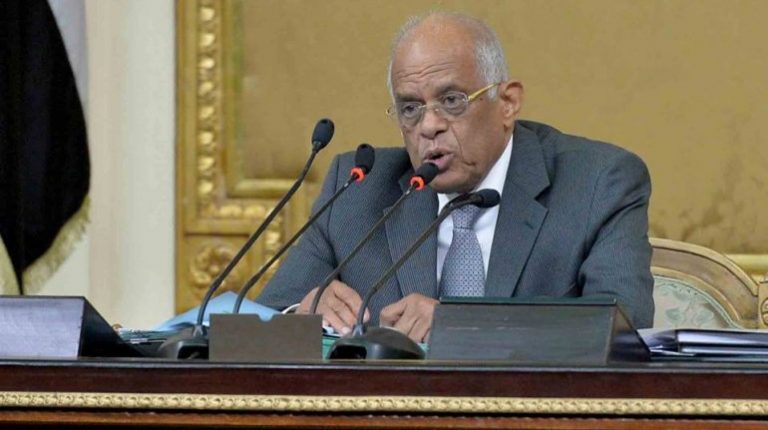 Parliament Speaker Ali Abdel Aal said that parliament will hold firm stance to monitor the government, urging it to work more for ordinary citizens, in a speech during the fifth rounds opening session on Tuesday.

The fifth round, conveying in nine months, marks the last in legislative terms of the 2015 parliament. Elections for the new parliament is expected in 2020.  At the beginning of Tuesday’s meeting, Abdel Aal announced that a lot of laws were referred by the government to parliament, mostly tackling economic issues.

This came commenting on parliamentarians’ call for the government to do more in the coming period. Abdel Aal said, “My message to this government, including cabinet ministers and provincial governors, please do not export problems to the president of the republic and to parliament, be up to your responsibilities, and take all measures necessary to improve the living of ordinary citizens,” he said.

“History will not have mercy on you … History will not welcome this council,” Abdel Aal said, urging government to work more for citizens, noting that the slogan of parliament’s final session will be ‘Serving Ordinary Citizens.’

“Let the message of the final session of our parliament be that we are a united nation, and that we support the military, police forces, and the political leadership in all measures in which they see necessary to protect this country,” he said during the new round, adding that the current session will tackle the discussion of draft laws that affect the essence of political life in Egypt, and will ensure a community dialogue that accommodates all national spectrums of supporters or opponents for shaping the future.

Moreover, the speaker also said that to face political, economic, and social issues of society, this “needs everyone to join hands and line up around the homeland, and let us decide openly and clearly that there will always be differences in details, but we can never differ on the homeland and its safety and national security.”

The speaker called on El-Sayed El-Sherif, undersecretary of the parliament, to further cooperate with government in order to improve the situation of citizens, noting that the Bureau of Parliament will have a meeting with heads of special committees to discuss ways to full cooperation. El-Sharif described the current parliament as a truly historic council, saying, “Over the past sessions, it performed his role to the fullest.”

Abdel Aal also addressed entire committees of parliament to study issues and problems of the public to prepare opinion reports.

The general meeting of parliament on Wednesday will include the announcement of a new list of heads of various parliamentary committees.

Abdel Aal also reviewed the economic situation, “there is improvement in the economy, in the credit rating of Egypt, and investments, which proves success of the economic reform program.”

He added, “Egypt is living in a volatile region and some hostile forces are targeting our country, but as long as we stand firm in one unified front and have confidence in our leadership, we will be able to stand up to these forces and face all dangers.”

“We hope that the coming days will see fruitful and better cooperation for the common good,” Abdel Aal stated.