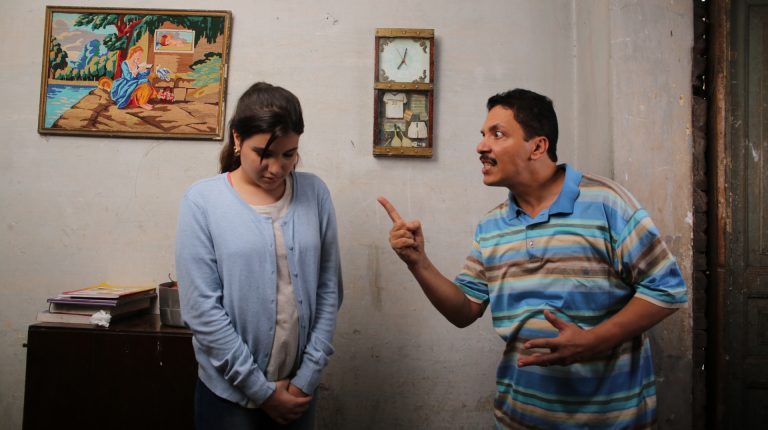 “My mom used to continuously look at me and ask me, ‘why aren’t you as tall and big as your peers?!’ Although we all knew my height was out of my hands, it hurt my feelings until this day. With the help of this campaign, I managed to tell her that such words hurt me. and that’s how she finally stopped,” said eight-year-old David at the launch of the third phase of Awladna campaign. 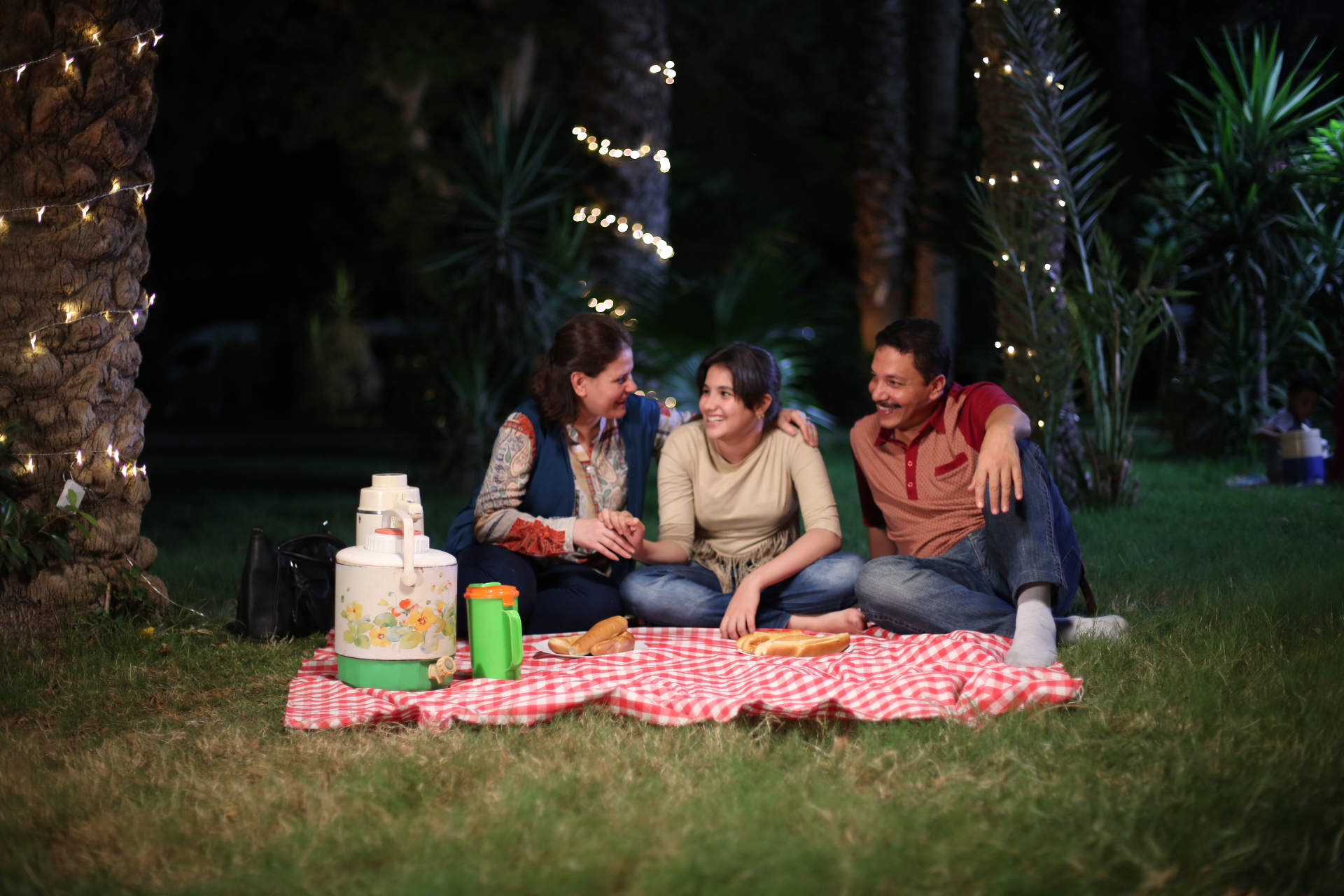 Awladna (Our Kids) is a campaign launched three years ago by the National Council for Childhood and Motherhood (NCCM), in cooperation with the United Nations International Children’s Emergency Fund (UNICEF), the European Union (EU), and the Ministry of Education and Technical Education. The campaign aims to end violence against children, and verbal abuse at both homes and schools.

The NCCM, UNICEF, and EU celebrated with the Ministry of Education and Technical Education on Sunday the third launching phase of the campaign, specifically targeting parents of adolescences, pushing them to build connections with their children, and listen to them.

With the slogan of #CalmNotHarm, the campaign kicked off its last six-week phase during which multimedia advertisements (ads), online campaigns, and child support hotline target caregivers to promote awareness on positive parenting, specifically for teenagers, which most studies categorize as the most critical years of a person’s life.

In his speech, UNICEF Representative in Egypt Bruno Maes, said the UNICEF aims to end the culturally acceptable behavior of mistreating children, and using various kinds of violence against them. “Today, we send a clear message to all adults when they interact with children, violence doesn’t make children stronger. Discussion, communication, and patience will benefit children development way more. In one sentence, it is better to Calm, Not Harm,” he adds.

He stressed that many sorts of violent actions, whether at home or at school go “unnoticed, but affect generations of children.”

According to the 2014 Egypt Demographic and Health Survey, 93% of children from age one to14 are exposed to different types of abuse under the name of discipline, while 78% of these children, aged 14 and under, are victims of physical violence. Those children suffer from getting hit by hands, sticks, or belts.

Another study, conducted by the NCCM in cooperation of UNICEF, revealed that parents were the main authors of violence, followed by peers, and then teachers. The 2015 study also revealed that half the children surveyed at the ages 13-17 had been beaten in the year preceding the research, while around 70% had suffered some form of emotional abuse. 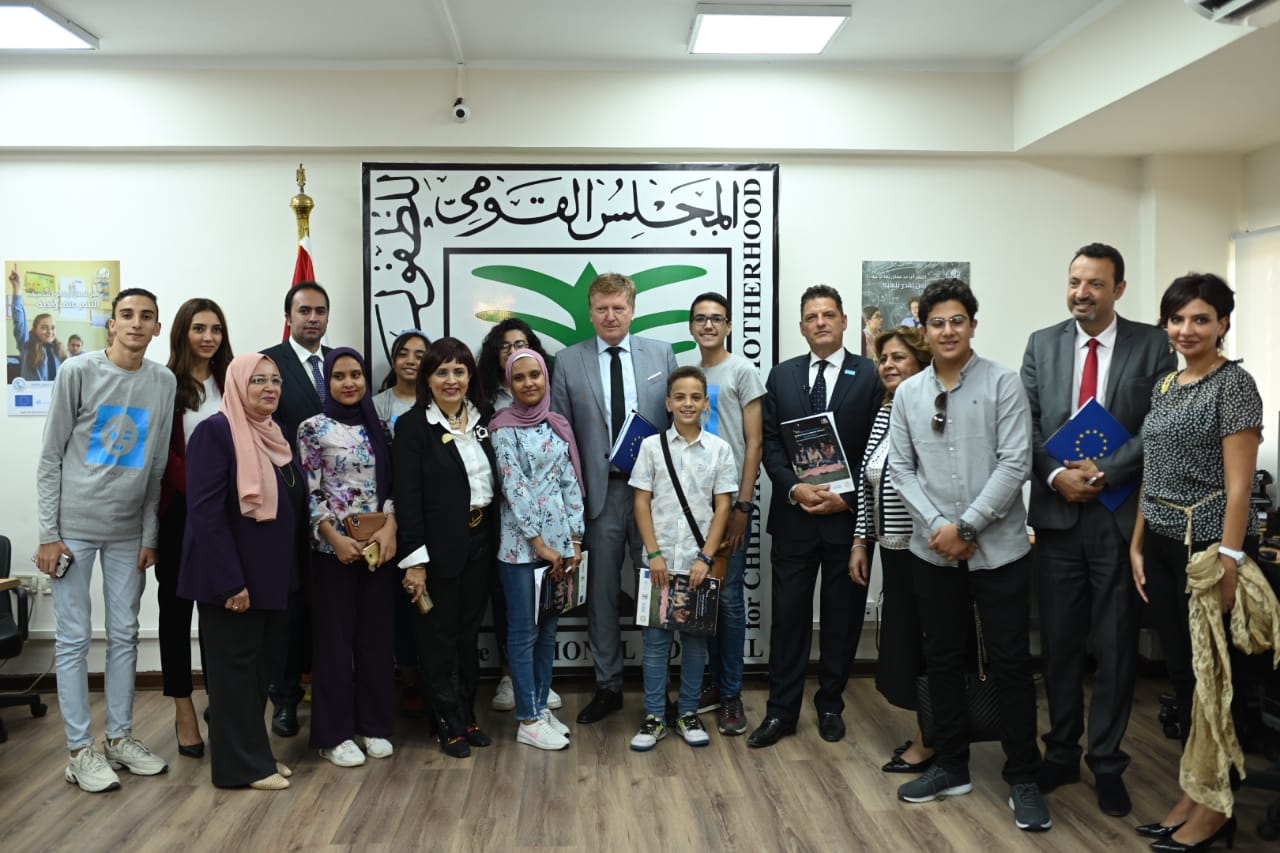 “With adolescence being often perceived negatively, disciplinary violence is usually making things worse, missing the chance to make this critical phase an opportunity to improve life for the adolescent,” Maes assured.

The conference comes one week after Egyptians’ hearts were broken over the death of a four-year-old child, Jannah, out of the torture she received from her grandmother that included burning her genitalia.

Through three different ads which feature some of the most common arguments between parents and their teenage children, the campaign aims to highlight the appropriate way of supporting adolescences and communicating with them.

According to a press release by the UNICEF, messages will be disseminated through digital platforms via a social media campaign, as well as publications shared in on-ground activations including youth centers, megastore Carrefour branches, and Al Ahly Club, among other private sector partners who support the cause of the campaign.

For her side, Secretary General of NCCM Azza El-Ashmawy, stated in her speech that the third phase of the campaign works within the previous two parts, adding that it showcases a critical phase which was never focused on previously. “The role of parents and caregivers in providing protection, safety, and encouragement to our daughters and sons is crucial in childhood and adolescence. During the past three years, Awladna campaign dealt with domestic violence against children in its first year 2017. In 2018, it addressed peer to peer violence, bullying among children both inside and outside school, and its harmful effects. The national campaign succeeded in delivering its messages about positive parenting, non-acceptance of violence, and bullying, to millions of followers through various media outlets, the Internet, as well as in schools, and many public events,” she explained.

El-Ashmawy added that at a critical phase like adolescence, “positive social relationships and environments help foster feelings of integration and belonging and lead to positive results. On the other hand, negative experiences increase their fears, self-doubt, or social isolation, and lead to a series of negative consequences, which may cause illness. In some cases, adolescents may struggle to balance impulsiveness with thoughtful decision-making which may lead to engaging in practices that are harmful to their health.”

The third phase of the campaign, also comes stressing the messages of the previous phases, especially the ones fighting against peer to peer bullying, which was met with unexpected success.

El-Ashmawy further elaborated that the child support hotline received from January 2018 to July 2019, 363,000 calls, of which 26,932 were cases of vulnerable children and survivors of violence, who were provided referral services to the competent authorities and received psychological support.