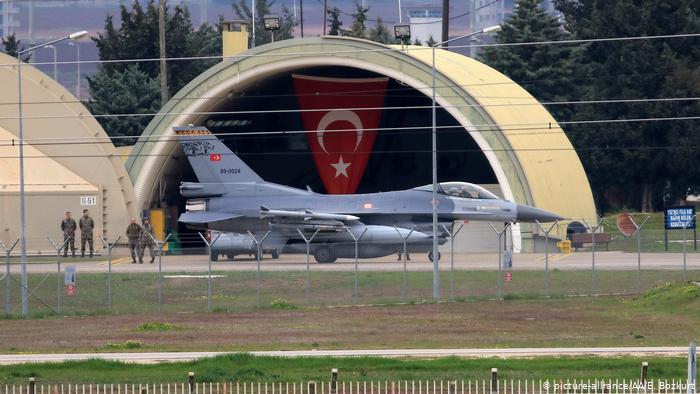 The Turkish army shot down a drone that violated Turkish airspace six times on Sunday, the country’s Defense Ministry said.

Two Turkish F-16 fighter jets had tracked down the drone after it repeatedly violated Turkish airspace, but which country the drone belonged to could not be immediately determined, said the ministry in a written statement.

The violations occurred in the operation center of Operation Euphrates Shield in the southern province of Kilis, read the statement, noting that the wreck of the drone was found in Kilis between a military base and a temporary sheltering center for refugees.

In 2018, Turkey launched an air and ground offensive against the Syrian Kurdish People’s Protection Units (YPG) militia that Ankara considers as a terrorist group in Afrin in northern Syria.

The main objective is to clear the Kurdish forces from its 900-km-long border with Syria.

Now, Turkey is in talks with the United States in setting up a safe zone in the east of the Euphrates, which also aims at sweeping up the Kurdish fighters to south.