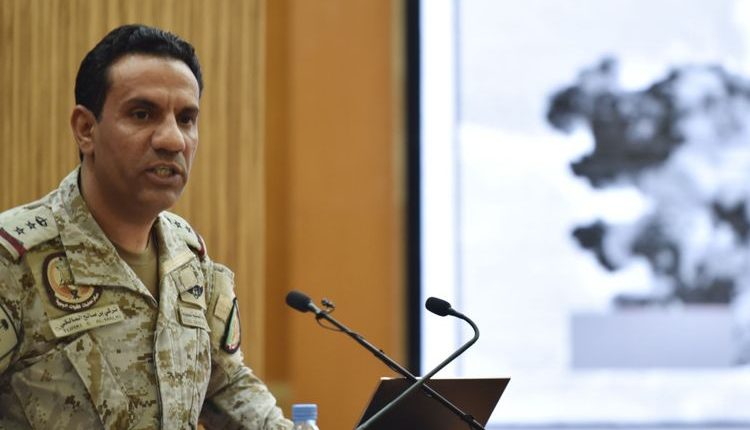 The Saudi-led coalition in Yemen denied the Houthi rebels’ claims of capturing thousands of Saudi troops during a large-scale ambush in the Saudi town of Najran.

In a Monday press conference held in Riyadh, the coalition spokesperson colonel Turki Al-Maliki said that the Houthi announcement is “theatrical,” and the claims of capturing pro-government troops is “totally false.”

After two days of silence, Al-Maliki accused the Houthi rebels of staging a “misleading show” aiming to deceive international and regional media.

He also asserted that the Saudi-led coalition carried many military operations against Houthi rebels over the past two weeks, which led to the killing of around 881 militants and destroying 259 military vehicles in the coalition’s strikes.

Moreover, the Yemeni government has also dismissed the claims by Houthi rebels that they have made big gains in the operation against Najran town.

In a similar context, the International Committee of the Red Cross (ICRC) confirmed the release of 290 detainees including 42 survivors of an attack on a place of detention in Dhamar governorate this month.

The release of the prisoners came after the Houthi rebels announced a peace initiative to release prisoners who were on the prisoner exchange deal list agreed upon in Sweden.