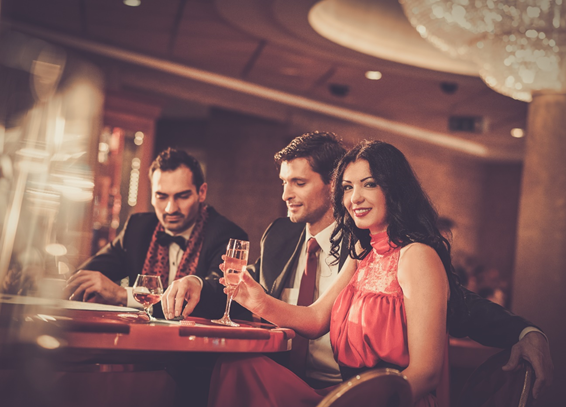 If Egypt is anything, it’s a country with a rich history. Although, archeologists have made many discoveries that date to Egypt in ancient times some mysteries are still puzzling them. The pyramids are the first thing that comes to mind when thinking of the country and despite their popularity, the mystery of how they were built is yet to be solved. After being a British protectorate for some time, in 1922 it gained its independence and became the Arab Republic of Egypt a country with its laws and regulations.

Since it is a Muslim country, gaming or gambling is prohibited in Egypt. However, the national lottery is perfectly legal. So the issue with gaming is a complicated one. Gambling has been popular since ancient times so it’s hard to get rid of, especially if it’s done worldwide. A total of 3 cities have gambling facilities in Egypt, among which Cairo is the largest with 13 facilities. But there’s a twist to it.

Egyptian citizens aren’t allowed to play in casinos. The only ones allowed to do that are foreigners, namely tourists that have to show a passport to get in. The legal age for gaming is 18 and some casinos require a patron to be 21. What’s peculiar about them is that the only accepted currency is US dollars. Unlike casinos, sports betting is legal in Egypt and the most popular sport to bet on is football.

With this tough situation, casinos might look for their customers online. Since there aren’t any regulations for online gaming technically it isn’t illegal to play slots, blackjack or roulette online. There are many online casinos such as William Hill, GoodWin Casino, NetBet and others, that offer this option. They have interesting bonuses and offers for their players. Additionally, Egyptians are allowed to play their favorite games on other online casinos without a problem.

What’s problematic about casinos in Egypt is the rigorous legislation. According to the law, casinos have to pay their licensing fees and the government is entitled to 50% off their earnings. Although this is tough regulation at its finest, the government’s tax money is filled mainly with casino money. This is good because that money can be used for better purposes.

This begs the question as to why the government has such a tight grip on gaming if it brings financial gains. If the laws were changed and the fees lowered the tax money will increase and it can be put to good use in any infrastructure. However, since it’s a Muslim country those changes could take a toll and might be met with resistance. Tradition could suffer a heavy blow and reactions from the populace might be severe.

Whatever they decide to do it’s up to them to solve this problem. There are many variants to gaming that can be taken up and since technology is always booming new trends will take over and offer a friendlier climate. Either way, gaming online is more popular than ever around the world and will continue to be so in the coming years.