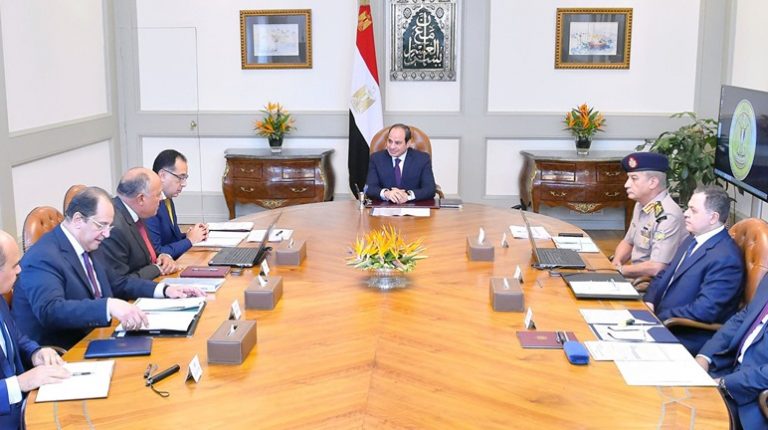 Al-Sisi asserted that Egyptians are aware of challenges facing their homeland and that they appreciate the sacrifices that the military and police offer for their country.

Al-Sisi also called for combating soaring prices, monopoly, and holding those who proved to practice manipulation in the market accountable. He also called on officials to provide citizens with basic supplies and appropriate prices.

In a different meeting, Al-Sisi sat down with Minister of Communications and Information Technology Amr Talaat, and Director of Systems and Information Department of the Armed Forces, Major General Yasser Kamal Abu Mandour.

During the meeting, the President called for using the cutting-edge technologies to implement projects and ensure the transformation of the New Administrative Capital.

Meanwhile, Al-Sisi also called for providing citizens with training programmess to upgrade their skills, especially in the fields of artificial intelligence and cybersecurity.