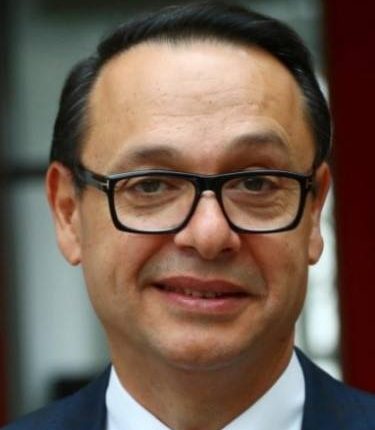 Ashraf Mansour, Chairperson of the Board of Trustees of German University in Cairo (GUC), said the university is Germany’s largest bilateral transnational educational project, accounting for 42% of the total number of students and graduates studying in a German university outside German borders.

Mansour added that the GUC campus will be provided new facilities with the latest technology. In addition, a team of 3,000 academics, experts, and students from the GUC are working with 11 governorates in the Rebranding Egypt project which was a presidential assignment from President Abdel Fattah Al-Sisi to rebrand Egyptian governorates after the successful rebranding model in Luxor.

“Today, we are harvesting the fruitful outcomes of the GUC spirit as well as our sound education that emphasises building an integral, responsible, and healthy citizen, which did not only culminate in professional successes, but also for active contributions for the development of Egypt, Germany, and the world at large,” she added.

“There are several success stories of our GUC graduates who are all making a difference in today’s world, such as the Max Planck Otto Hahn Medal winner Islam Khalaf and Canada’s Governor General’s Academic Gold Medal winner Ramy Attawya, represent our calibres potential all around the world,” Mansour proudly stated.

Mansour mentioned that the GUC along with its sister university, the German International University of Applied Sciences (GIU AS), represent the German education in Egypt. They were both present in the Global Forum for Higher Education and Scientific Research – GFHS, which was held in the New Administrative Capital at Al Masa Hotel in April.

The GIU AS is located in Egypt’s New Administrative Capital and was established under the auspices of a cooperation agreement between Germany and Egypt. It offers German Bachelor and Master degrees with the vision of empowering Egypt, the region, and Africa through introducing the German Applied Sciences Higher Education. This is considered one of the fundamental pillars of a solid German Higher Education System.

“The significant variety of German Higher Education System universities puts forward the German economy as one of the most advanced economies of today’s world, with a strong focus on practical oriented teaching and multiple research applications,” Mansour concluded.

Can a deposit system help reusable coffee cups catch on?

The year of terror in Europe