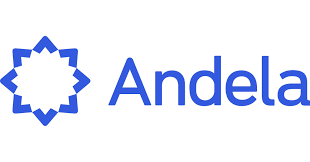 The software company Andela participated in the fifth round of Techne Summit from the 28 to 30 September hosted by Bibliotheca Alexandrina, where the company’s Egypt’s Country Director Ramy El Safty, gave an insightful speech on the second day of the summit, discussing their future work across the world.

Techne summit is a global multi-industry event focused on investment and entrepreneurship, aiming to impact start-up communities in the Mediterranean region.

“The world is undergoing a rapid change with a movement towards digital and technological transformation which will play a vital role in reshaping the labour market. This is thoroughly elaborated and demonstrated with statistics and figures in a report issued by The World Economic Forum on September 2018,” said El Safty.

As per the report, El Safty explained that 75m existing occupations may be replaced during the shift in labour from human-driven to machines. However, 133m new job opportunities may begin to emerge by 2022 as a result of the technological transformation with an expected average of 58m jobs.

“Job roles such as software developers, data analysts, machine learning specialists are among the jobs that will be and are already in high demand,” he added.

“These changes beside the resulting demand for good tech talent are creating a shift where global companies are adopting employment policies that support a distributed workforce enabling them to access the best tech talent anywhere in the world,” El Safty said.

Accordingly, he stated that this is already creating massive opportunities for the talents in Africa, to fill this global labour gap in developed countries, and positions Africa to be the technological centre of the world.

However, he stressed that for this to be established, significant investment and preparation in the tech talent will be needed.

However, he stated that they still have a long way to go in attaining their vision to place Africa as the world’s technology centre.

El Safty said that opportunity is often limited by race, gender, and nationality. Yet, they are working to change this by placing African engineers on global tech teams and in the process, change the world’s perception of tech talent.

Andela is launching its operations in Cairo, granting great opportunities for Egyptian software developers to work at an international level.