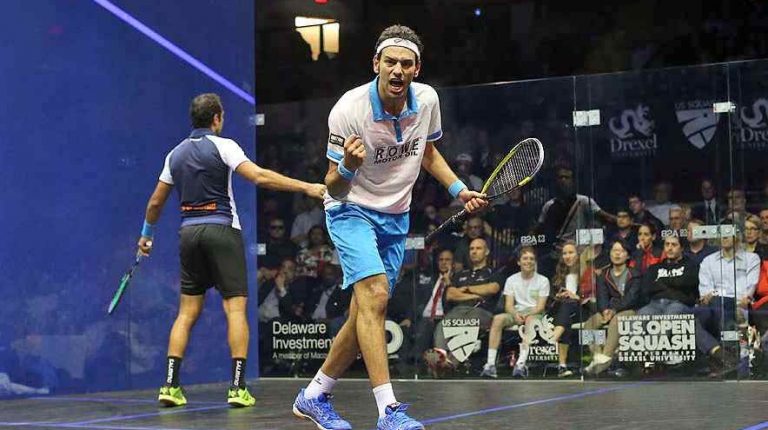 World No.2 Mohamed ElShorbagy has won the Oracle NetSuite Open title for a second time, after he got the better of World No.3 Tarek Momen at Embarcadero Plaza in San Francisco.

ElShorbagy said on Twitter that he was happy to win his 39th title and the second this season in San Francisco.

The San Francisco championship is the second this season for El-Shorbagy, having started with winning the China International Championship.

In the women’s final, world No.1 Ranim El-Walily won the championship’s title after beating her national Nour El Tayeb, world No5, in a 23-minute game.

The total value of the championship’s prizes for men and women is estimated at $121,000.