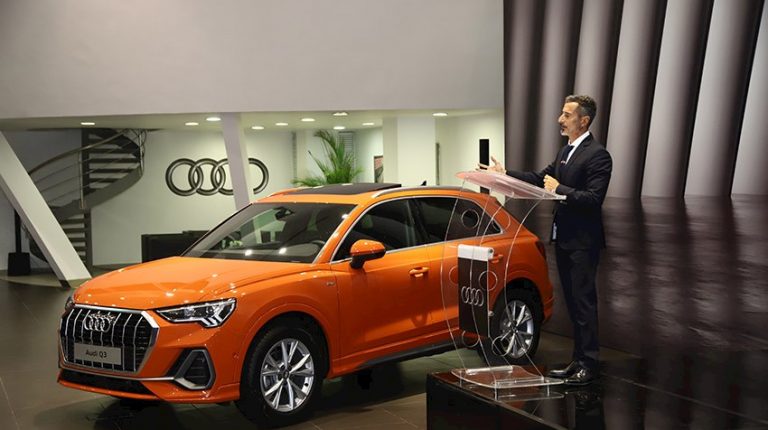 Karim Naggar, chairperson of Kayan Egypt, which is the agent of SEAT and Skoda, and the chairperson of the Egyptian Automotive Trading company, the agent of Volkswagen and Audi, said the two companies intend to invest up to EGP 320m in 2020 to set up an integrated service centre in the Egyptian market. The new centre, to be built on an area of 6,000 metres in Abu Rawash, New Cairo, will be allocated for serving Skoda’s and Audi’s customers.

Naggar revealed his company will offer an electric version of SEAT and another of Skoda next year, demanding the government develop the necessary infrastructure for electric vehicles and give incentives to importers and manufacturers.

Regarding the local assembly, Naggar explained that the project is under study due to the company’s desire to match VW Groups’s assembling project in Algeria.

As for Automech Formula, the agent of the six brands denied his participation in the next session of the exhibition, as there are no new models to display, adding that car marketing now depends on social media, which is now receiving more attention than before.

Naggar highlighted the decline in the number of participants in the Frankfurt International Fair, falling by almost 50%. The Frankfurt fair is one of the most prominent global events in the automotive sector. He demanded the Automech Formula’s organisers to hold it once every two years because of the high cost of participation.

Over the past year, SEAT has been leading sales, followed by Škoda, Volkswagen, Audi, Volkswagen, and Cupra, in descending sequence. However, it is predicted that these rankings change in the coming year, but Cupra will remain at sixth since it is a new brand in the Egyptian market.

Naggar attributed Audi’s third place to the introduction of the new models coming in next year, pointing out that Volkswagen will be taking the lead in electric car models for the company. Volkswagen will see a leap in sales once the local assembling project for the model “Jetta” is completed. He revealed the new models of Volkswagen, Passat and Tiguan, will be on the market in the second half of 2020, highlighting that the car market will stabilise significantly starting next year.