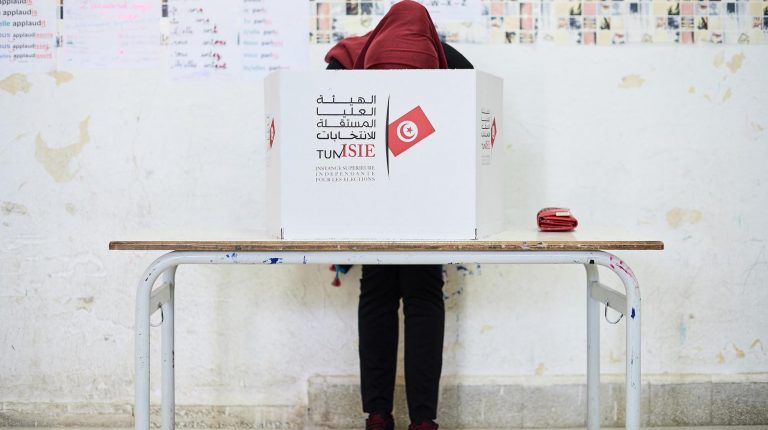 Tunisians began on Sunday to cast their ballots in the country’s third parliamentary election since the 2011 Jasmine Revolution which toppled the long-time former President Zine El-Abidine Ben Ali.

The Independent High Authority for Elections held a press conference on Sunday saying that voter turnout until 11:00 am stands at 6.85%, while the voter turnout overseas has now reached 9%.

More than seven million electorates have cast their votes at around 13,830 polling stations inside and outside Tunisia.

More than 15,000 candidates on 1,500 lists are competing in 33 electoral districts for 217 seats in the Assembly of the Representatives of the People. The legislative election started on Friday in 6 constituencies overseas.

Preliminary results are expected to be announced on 10 October and final results on 13 November.

The vote came nearly after three weeks of unforeseen results of the country’s second free and democratic presidential elections which brought to the scene two political outsiders.

Law Professor Kais Saied, obtained 18.40% of the votes, while Nabil Karoui, a jailed businessperson and owner of the Tunisian television station Nessma, who is facing charges of money laundering and tax evasion, took 15.58%.

The runoff is expected on 13 October.

Ennahda Islamist Movement was among the prominent parties competing in the legislative election alongside the secular Nidaa Tounes (Call for Tunisia) Party, Tahya Tounes (Long Live Tunisia) which was founded by Prime Minister Youssef Chahed, and Karoui’s Qalb Tounes (Heart of Tunisia) as well as other parties and independent lists.

Tunisia has been suffering from economic and security troubles since 2011. The unemployment rate reached 15.30% in 2019. With regards to security, two suicide attacks hit the capital killing two, including a police officer, and injured several others.

Earlier in October 2018, a female suicide bomber blew herself up in the Avenue Habib Bourguiba, wounding 20 people, including 10 police personnel.

According to the 2014 Tunisian Constitution, the president and  government chosen by parliament share executive powers and governing, as the president has authority on foreign and defence policy.

On the other hand, Saied said on Saturday that he will not run a presidential campaign as long as his rival Karoui stays in prison.

“I will not have an electoral campaign in the presidential runoff for moral concerns and to avoid ambiguity and to ensure equal opportunities,” Saied said in a tweet.

Saied was endorsed and backed by Ennahda and Moncef Marzouki, former Tunisian president who was named by Tunisia’s Constituent Assembly following the 2010 Revolution.

Karoui was arrested in August just weeks before the vote, over charges of money laundering and tax evasion which he denies. On Tuesday, a Tunisian court ruled that Karoui must stay in detention.