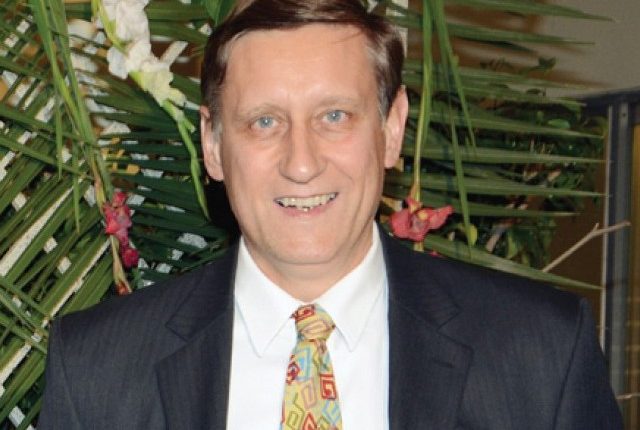 German University in Cairo (GUC) is one of the most successful projects of the German state outside its borders, said Cyrill Nunn, German ambassador to Egypt. Nunn statements came during his participation at the event hosted by GUC to celebrate the graduation of the latest batch on Saturday evening.

GUC is one of the considerable impetus for deepening relations between Egypt and Germany, the ambassador asserted at the event, which was attended by the Minister of Investment and International Cooperation (MIIC), Sahar Nasr.

“The Egyptian state is eager to  boost the vital role of youth in all stages of the development process. MIIC supported several initiatives for small and medium enterprises and entrepreneurs, based on the importance of the role of youth in the economy,” Nasr said on a Sunday statement.

Egyptian women live in their golden age, where they participate unprecedentedly in the economic life and the decision-making and policy-making circle, the minister explained, adding that there are eight female ministers in the government representing 25% of the cabinet for the first time.

Women represent 15% of parliament members, the minister mentioned, emphasising the importance of women’s role in building and developing the Egyptian society.

GUC is a successful example of the strength of strategic relations between Egypt and Germany, especially since Germany is one of the most important partners in development, the minister said.

Germany is one of the largest industrial countries in the world with distinguished investments in Egypt in various fields, including new and renewable energy, industry, transport, education, and skills development.

“There are many projects in Egypt that Germany can increase its investment in, taking advantage of Egypt’s presidency of the African Union to expand its projects in the African continent,” the minister mentioned.

“Your graduation coincides with several challenges that face the world economy, including the trade war, yet Egypt has succeeded in overcoming all difficulties and implemented a comprehensive reform programme which is based on an ambitious vision set by the political leadership of our country,” Nasr said addressing, the graduates during the ceremony.

Attempt to end dilemma of fixing cars in Egypt