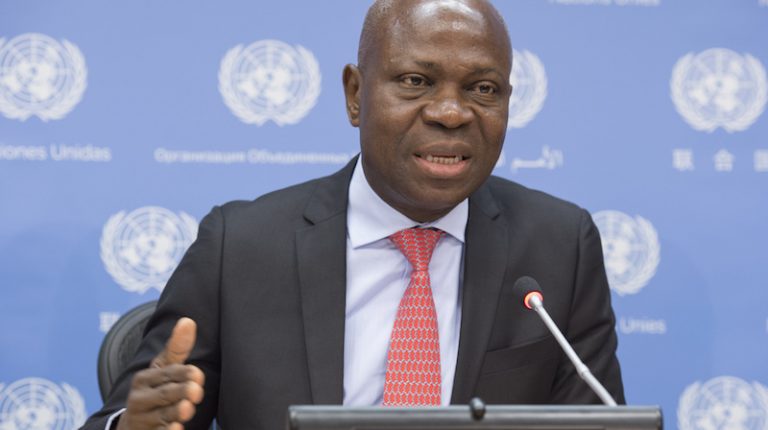 The President of the United Nations’ International Fund for Agricultural Development (IFAD), Gilbert Houngbo, will meet with Egyptian president Abdel Fattah Al-Sisi during a four-day visit to the country from 6 to 9 October.

Both sides will discuss IFAD’s ongoing investments paving the way for a strengthened partnership towards the achievement of the Sustainable Development Goals (SDGs), according to a statement from the United Nations Information Centre Cairo (UNIC) on Sunday.

Houngbo is scheduled to meet with high-level government officials and representatives of other UN agencies based in Egypt, with the purpose of exploring further opportunities to reduce poverty and accelerate rural development. This is to be achieved through providing employment for rural youth, empowering women, improving food security and nutrition, and building small farmers’ resilience to climate change.

Agriculture is a vital sector in Egypt’s economy, providing livelihoods for 55% of the population and directly employing 29% of the labour force, the statement said, noting that farming is also a vibrant source of exports and foreign exchange.

IFAD is supporting the Egyptian government in achieving its national plans, especially in the agriculture sector, the statement mentioned, noting that IFAD interventions have already covered some 65% of reclaimed lands.

“Egypt is the largest recipient of our financial assistance in the Near East and North Africa (NENA) region with $1.11bn invested to date. It is also one of the first member countries to receive IFAD financing. Our partnership recorded more than four decades of successful human stories and achievements in rural development,” said Khalida Bouzar, IFAD’s Regional Director for the Near East, North Africa, Central Asia, and Europe Division.

IFAD has shown its comparative advantage in targeting vulnerable farmers and promoting resilience in desert environments, she added, noting that long-term field presence equipped with unique expertise in rural development have improved the sustainability and impact of IFAD’s projects.

IFAD began operations in Egypt in 1977 and so far has implemented 14 projects, investing nearly $520m, and directly benefitting approximately 1.2m households. Currently, the ongoing portfolio comprises three projects for a total of about $300m while an agreement for a fourth investment project worth $80m has recently been signed.