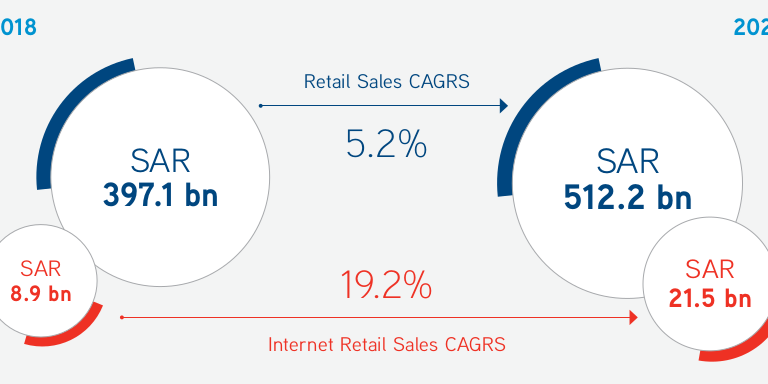 energy has prompted the need to transform its economy, according to Colliers International, a commercial real-estate services organisation.

It explained that key sectors that will enable this transformation include the mining of minerals, manufacturing, retail/wholesale trade, healthcare, and construction.

be through foreign direct investments and is, therefore, preparing to relax foreign participation

“This transformation will encounter some turbulence, though reforms are starting to positively impact job creation and the number of high paying Saudi jobs,” Colliers explained in the statement.

“The expectations of the economic transformation from vision 2030 may seem optimistic to some, but we have seen this level of transformation before in other countries, notably Eastern Europe, now Saudi has both the ambition and empowerment to make it happen. When this is considered, any scepticism evaporates,” according to Colliers.

Colliers revealed that in the next 10 years, the population of Saudi will grow by 5m to almost 40m, of which almost 70% will be under the age of 44.

It asserted that this demographic change will likely impact lifestyles, preferences, and

“This transformation is shifting the Kingdom’s industrial mix away from oil dependency, while the cultural shifts are paving the way for entertainment and leisure activities to serve an evolving population. These changes have affected various real estate sectors across the entire value chain, from project conceptualisation, construction, to operation and branding,” said Managing Director of Colliers International KSA commented Imad Damrah.

“Understanding the changes and adapting to the demand for new real estate types are essential in the current market climate of intense and growing competition. In retail, for example, millennials favour more experiential and lifestyle retail over conventional retail,” he added.

Imad explained that the Kingdom is expected to become a tourist hub for both domestic and international travellers, while positively impacting not just the entertainment industry, but other supporting components such as retail and hospitality sectors, with the completion and successful promotion of upcoming mega and giga projects, such as the Red Sea Project and Qiddiya,

In terms of the retail sector, Colliers unveiled that the everchanging retail landscape

is showing no signs of steadying as demand emerges for new retail types.

It further explained that an evolving social structure and the pervasive use of smart technology including increasing the smartphone and internet usage, in addition to growing e-commerce and evolving consumer expectations have gradually reshaped what it means to introduce and

Regarding the e-Commerce, Colliers mentioned that according to the Euromonitor, approximately

33% of the Kingdom’s population made online purchases in 2014. This number increased to

Meanwhile, it attributed this increase to the tech-savvy nature of the younger generation.

It also highlighted that the growth of regional websites such as Noon.com and Amazon’s Souq.com is catalysing the already increasing online purchases.

Euromonitor has forecasted a compound annual growth rate (CAGR) of 19.2% in internet retail sales between 2018 and 2023, while total retail sales are expected to grow at a CAGR of 5.2% over the same period.

“As a progressively younger generation enters the workforce, overall retail spending is expected to