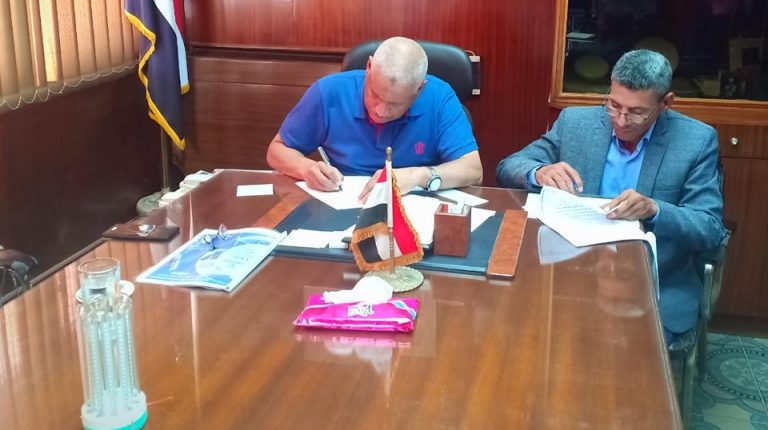 El Nasr For Electric Equipment & Electronics (Neeasae) signed a trade and cooperation agreement with the Egyptian Power Saving Company (EPSCO) for one year.

Under the agreement signed, Neeasae will promote and sell the products of EPSCO in its exhibitions and sales outlets, especially as Neeasae is involved in the activity of trading in all electrical and electronic products.

According to the agreement, the cooperation between Neeasae and EPSCO includes the submission of joint bids in the tenders put forward by the government and the private sector for the supply of bulbs and lights, coordination on the purchase of prospectus and providing the technical and financial offers to the tenders under the name Neeasae-EPSCO.

Ashraf Soltan, Chairperson of Neeasae, said that the integration and cooperation with a private company is part of the company’s strategy for product development, continuous improvement and export expansion. He added that cooperation would also increase competitiveness for all tenders with the highest efficiency and quality under the standard specifications.

In recognition of the importance of opening up to foreign markets, Neeasae has opened the way for many specialised companies working in the same field to establish protocols for cooperation and contribute to the development of the company.

He stressed that Neeasae is interested in increasing the local component in the products and the preservation of the environment to provide products of high efficiency and quality at low cost, as well as continuous improvement to achieve customer satisfaction.

Gomaa Moghazy, Managing Director of EPSCO, said that the signing of the trade and cooperation agreement with Neeasae is a big positive step and will radically change the vision and plan of the company in the coming period. Starting from next month, the products will be branded as Neeasae EPSCO.

He explained that EPSCO’s products will be available in five Neeasae outlets in Alexandria, Cairo, Ismailia, and Assiut. “We seek to deepen the local component and compete with an Egyptian product in the Middle East and Africa, expand production lines and create new products,” he said.

He stressed that the cooperation between Neeasae and EPSCO will result in integration and interdependence between the business sector and the private sector and the issuance of products of the highest quality and efficiency in the Egyptian market, which other companies that produce lower quality products cannot use to compete.

Neeasaea was founded in 1930 under the name Philips, and in 1944 the production of incandescent bulbs then moved to the production of audio and video in 1956. The company produced black and white television in 1964 and began to produce fluorescent lamps in 1974 before producing colour television in 1978. In January 1998 the Egyptian government bought the share of Philips and became 100% Egyptian under the name of El Nasr For Electric & Electronic Equipment.