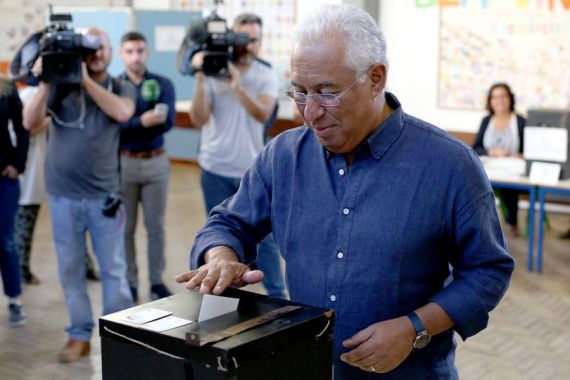 Prime Minister Antonio Costa on Sunday called on for Portuguese people to actively participate in the elections, which started at 8 am local time.

The prime minister called for “a large electoral participation” of all citizens, hoping that “each one will make the choice he obviously wants to make.”

“I am calm and naturally expectant. I think we are all curious today about what the end result of these elections is,” he told reporters after he cast his vote at the Jorge Barradas Basic School in Benfica, Lisbon.

More than 10.8 million eligible voters will elect 230 members for the 14th legislature, with 21 political parties or alliance participation, a record number after the 1974 carnation revolution.

The present said that it is urgent to vote in the face of domestic political challenges and signs of international crisis.

“The worrying economic and political signals – in the world and in Europe – are clearer today than in May,” he said, referring to the lowest turnout in the European elections in May.

Not voting means “giving others a decision that is ours”, he said.

According to various polls, the central-left ruling Portuguese Socialist Party, under the leadership of the outgoing Prime Minister Antonio Costa, is set to win the elections for its economic achievements during its term. However, analysts here believe that it is a mission impossible for the ruling party to get absolute majority in the parliament.

During the past four years, Portugal has gained high growth rate above the average of the European Union, after the southeastern European country fell into debt crisis in 2011.