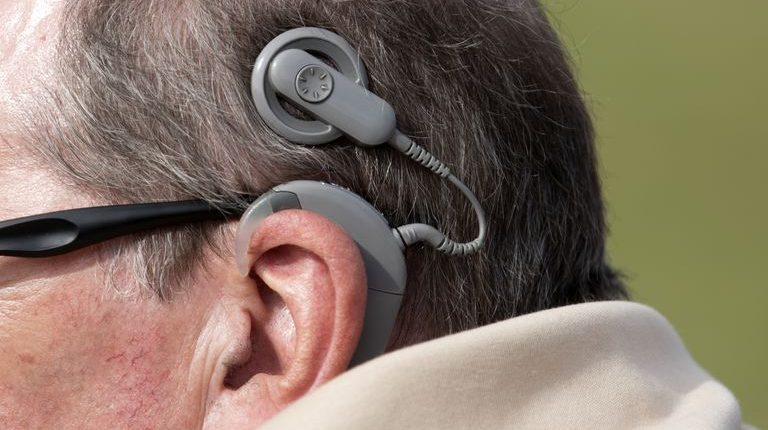 Egypt sponsors the establishment of an African academy for cochlear implants in developing countries under Egypt’s presidency of the African Union, Fathy Abdel Baky, professor of ear, nose and throat surgery at the Faculty of Medicine, Alexandria University, announced.

This came during a Monday press conference to announce the launch of the 5th World Congress on Cochlear Implants in Emerging Nations, to be held in Egypt on 9-11 October.

Abdel Baky explained that the establishment of the African Academy of Cochlear Implants in developing countries comes to build on the successful Egyptian experience in the field of cochlear implants under the auspices of President Abdel Fattah Al-Sisi, after the launch of the presidential initiative to detect the weakness and hearing loss of newborns and treat illnesses free of charge.

He noted that one of the recommendations to be concluded by the conference is to start taking legal procedures to enter the Group of 77 for emerging countries to work under the umbrella of the United Nations.

Adel Khalifa, Professor of Ear, Nose, and Throat Surgery at the Faculty of Medicine, University of Tanta, and Secretary of the Egyptian Society of Cochlear Implants, confirmed that about 466 million people worldwide suffer from hearing loss caused by disability, including 34 million children. A third of people with hearing loss is from developing countries, where three in every 1,000 newborns suffer this illness worldwide.

Amira El Shennawy, professor of audiology and head of the cochlear implant unit at the Faculty of Medicine at Cairo University, explained that hearing disability is the fourth most common disability in the world and does not appear at the beginning of birth, but early detection contributes significantly to reducing them. She highlighted a few problems to identify the problem, such as the newborn not reacting to sounds, or answering to their names, nor show reflexes to ambient sounds by the age of 4-6 months.