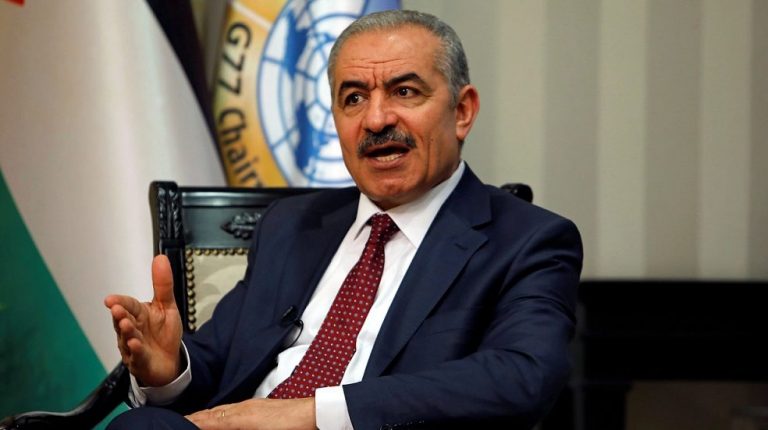 Egypt’s Prime Minister Mostafa Madbouly is set to meet with his Palestinian counterpart Mohammad Shtayyeh amid the latter’s visit to Cairo alongside a ministerial delegation, according to Palestine’s ambassador in Cairo Diab Al-Louh.

Shtayyeh has arrived Cairo on Monday upon an invitation by Madbouly, Al-Louh added.

The visit aims to address issues of common interest, including establishing an independent Palestinian state with the East of Jerusalem as its capital as well as the Palestinian right of return, Shtayyeh said on Monday according to Palestinian News Agency (Sawa).

The visit also reflects the strength of the brotherly relations between the two countries’ leaders, Al-Louh stressed.

The Palestinian delegation, which included 12 ministers, seeks to enhance bilateral cooperation in various fields between the two governments, Al-Louh continued.

Egypt has been supporting the Palestinians, their national cause and their legitimate rights, Al-Louh emphasized.

Shtayyeh’s visit to Egypt is the first since he was named a prime minister in March. The economic expert and a long-term advisor for Abbas replaced Rami Hamdallah who led the last government since 2014 with the support of Fatah and Hamas factions.

In January, Abbas ordered to form a new government without Hamas and the Islamic Jihad movement, adding more tensions to these two long-term rivals’ relations.