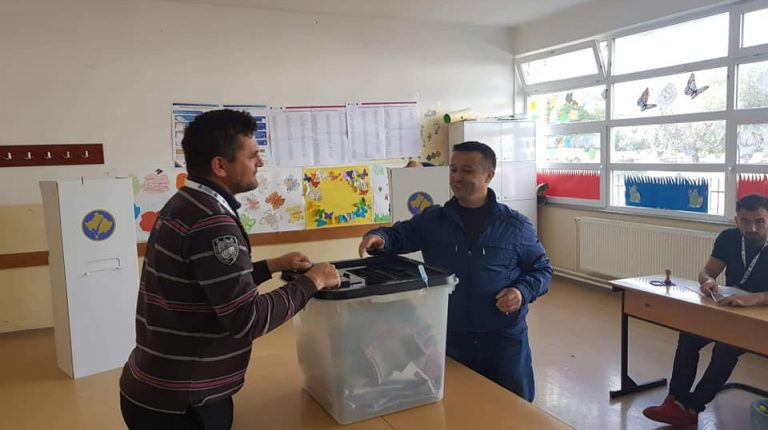 Kosovo’s opposition Vetevendosje Party announced its victory in the parliamentary election after counting more than 80% of the ballots in the polls held on Sunday. The party said it won 25.93% of the votes.

The Democratic League of Kosovo (LDK) ranked second getting 24.87% of votes, while  the former ruling Democratic Party of Kosovo (PDK) came third receiving 21.09%.

Voter turnout in the election reached 44%. A total of 1,972,466 voters were registered to cast their ballots.

The elections were called following the sudden resignation of Prime Minister Ramush Haradinaj on 19 July.

Veton Berisha, President of the Egyptian Liberal Party in Kosovo (PLE), told Daily News Egypt that they won two out of 120 seats in the parliament.

He added that by getting two parliamentary seats, his party could join the new government.

Regarding the changes in government, Berisha explained that the Egyptian community has no problem with the nationalists who are expected to form the new government.

According to the latest census in 2011, official statistics show that there are 11.524 Egyptians in Kosovo. But Berisha estimates the real number at 23.000 Egyptians in Kosovo, in addition to around 75.000 in diaspora, who were forced to flee during and after the Balkan War.