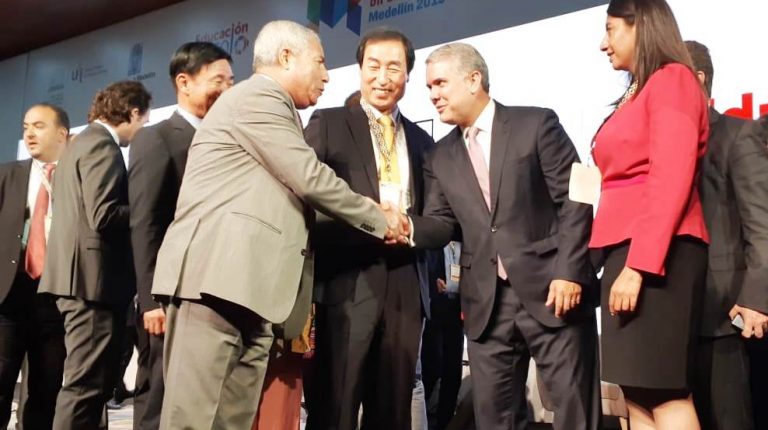 Aswan has received the United Nations Educational, Scientific and Cultural Organization (UNESCO)’s Learning City Award, for its commitment to promoting education and lifelong learning for the local population, said the Egyptian Ministry of Foreign Affairs.

Aswan is now one of the top 10 cities in the world for enhanced learning experiences.

Aswan Governor Major General Ahmed Ibrahim, received the award during the annual conference of the UNESCO Global Network of Learning Cities (GNLC) held between 30 September and 4 October, in Colombia.

Meanwhile, Mervat Al-Samman, a coordinator for Aswan in the UNESCO Institute for Lifelong Learning (UIL), said Aswan has managed to win this award due to the strategies put forth by the city to establish cooperation between its people and its diverse projects. The projects, which included gardening and water conservation projects in schools, now have diverse training opportunities for Aswan’s residents, the Egyptian local media reported.

During the conference, Ibrahim delivered a speech expressing his gratitude and appreciation towards the UIL for choosing Aswan as a Learning City, and the UN’s appreciation for the efforts made by the city to raise the level of education after joining the UNESCO network of learning cities.

The UNESCO Learning City Award is a biennial celebration, which is neither a designation nor a prize, granting recognition to the best ten cities worldwide, which had significantly enhanced its learning experience guided by the GNLC.