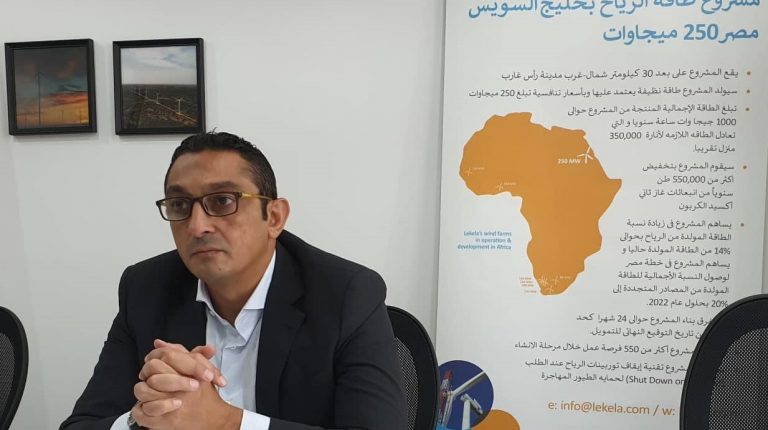 Eissa added that the project will increase wind energy capacity by 14%, contributing to the government’s renewable generation target of 20% by 2020.

The project is expected to produce over 1000GWh per year, powering more than 350,000 homes, he added.

According to Eissa, Egypt is a very attractive location for Lekela where they are continuously working to evaluate future expansions and many other opportunities.

Daily News Egypt talked to Eissa to learn more about the company’s future plans and its expansion in the Egyptian market.

What are the current projects that Lekela is operating in Egypt?

Located 30 Km North-West of Ras Gharib, the 250 MW West Bakr wind farm is Lekela’s first project in Egypt, and definitely won’t be the last.  We have chosen to focus purely on renewables – wind and solar – as we can deliver competitively priced and clean energy to the grid, far quicker than traditional fossil fuel approaches. Lekela’s focus in Egypt so far is on wind projects. However, we are participating in other government tenders in both wind and solar photovoltaics (pv).

What is the value of the fund allocated for the West Bakr project?

We have an agreement with three international financing bodies, which constituted a challenge to the project. The allocated funds are as follows: International Finance Corporation (IFC) with $82m, European Bank for Reconstruction and Development (EBRD) with up to $89m, and Overseas Private Investment Corporation (OPIC) with $87m.

For OPIC, this is considerably their first financing renewable energy project in Egypt, while IFC and EBRD do have previous experience in Egypt. Therefore, this project constitutes an important addition to their joint financing project portfolio in Egypt, specifically in wind energy.

IFC & OPIC provided a $252m fund for West Bakr wind plant. What is the total amount of the West Bakr project’s investments?

As I mentioned before, we have an agreement with IFC; the commercial arm of the International bank, OPIC, and EBRD with total funds of around $ 250m.

However, the total cost of the project in the region is $330m. The equity to debt ratio is approximately 25:75.

When will the construction of the West bakr project begin?

Construction will begin in Q4 2019 with the project expected to be operational in the end of 2021. 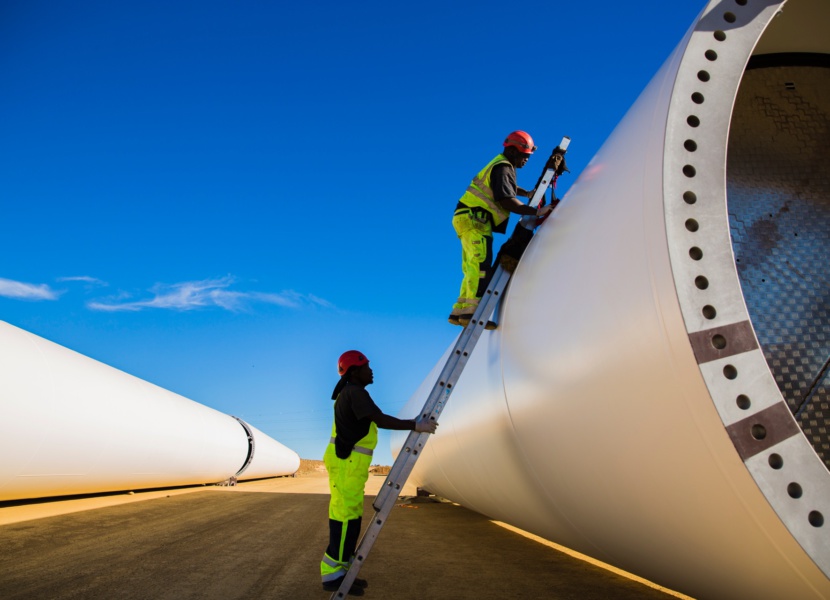 What is the targeted volume of energy production of the project annually?

The West Bakr Wind project will increase Egypt’s wind energy capacity by 14%, forming a key part of the government’s renewable generation target of 20% by 2022. In total, the project is expected to produce over 1000GWh per year, equivalent to powering more than 350,000 homes in Egypt with clean energy.

What are the updates regarding the company’s second project in the west Nile to produce 250 MW of wind power?

Currently, the 250 MW west Nile wind tender is at a very early stage.

Up untill now, we are still preparing the wind joint measurement campaign, along with other shortlisted bidders. Now, we are planning to bid for this project, especially that it will be in the BOO scheme -build, own, operate project- like the West Bakr wind plant. Lekela is taking a lead role with other bidders on the joint measurement and studies campaigns.

What are your plans for expansion in Egypt?

Egypt is a very attractive location for Lekela, and we are continuously working to evaluate future expansion and further opportunities here. Most importantly, the project should contribute to Egypt’s target and renewable energy plans, and at the same time, fit our investment and profitability criterion. In terms of availability of funds and capacity to invest, Lekela is ready for further expansions in Egypt.

As a long-term operator, we are here to stay for decades. We have a growing team in Egypt that will be responsible for taking the 250 MW wind farm project to the Gulf of Suez, and any future projects through late stage development, construction, and operation. Our power purchase agreement (PPA) contracts last 20 years for wind projects, which means a real partnership with the Egyptian government as well as the local community, and stakeholders.

In your opinion, what do you think is a competitive price of delivering electricity service to homes?

Lekela is not an electrical distributor company or network operator, which means we do not sell electricity to the end consumer. Rather, Lekela is focused on utility scale projects in its target African countries, selling electricity to government energy off takers. For each project that it owns and operates, we sign long-term PPAs with governments.

Our electric energy is competitively priced and clean in all countries in Africa where we operate, while we also spend considerable time and resources to drive the long-term prosperity of the local communities we operate in. It is why we worked thoroughly on the shut down on demand programme, meaning that when birds are detected, the turbines are stopped. We have also signed a protocol with the Egyptian Environmental Affairs Agency and its Migratory Soaring Birds Project to contribute towards the funding and implementation of the Migratory Birds Monitoring training programme.

Do you plan to have further cooperation with the Egyptian Ministry of Electricity and Renewable Energy?

In your point of view, what is the expected percentage of increase in electricity generation in Egypt by the end of 2022?

Egypt has a strategy to diversify energy sources in the country and to reach 20% of its power from renewable energy. We can clearly say that with the rate of accomplishments that we witness and the projects that have come to fruition rapidly so far, we believe that the government will succeed in reaching 20% by 2022. We are very proud to play a part in supporting the diversification of Egypt’s generation capacity with our 250 MW West Bakr Project. 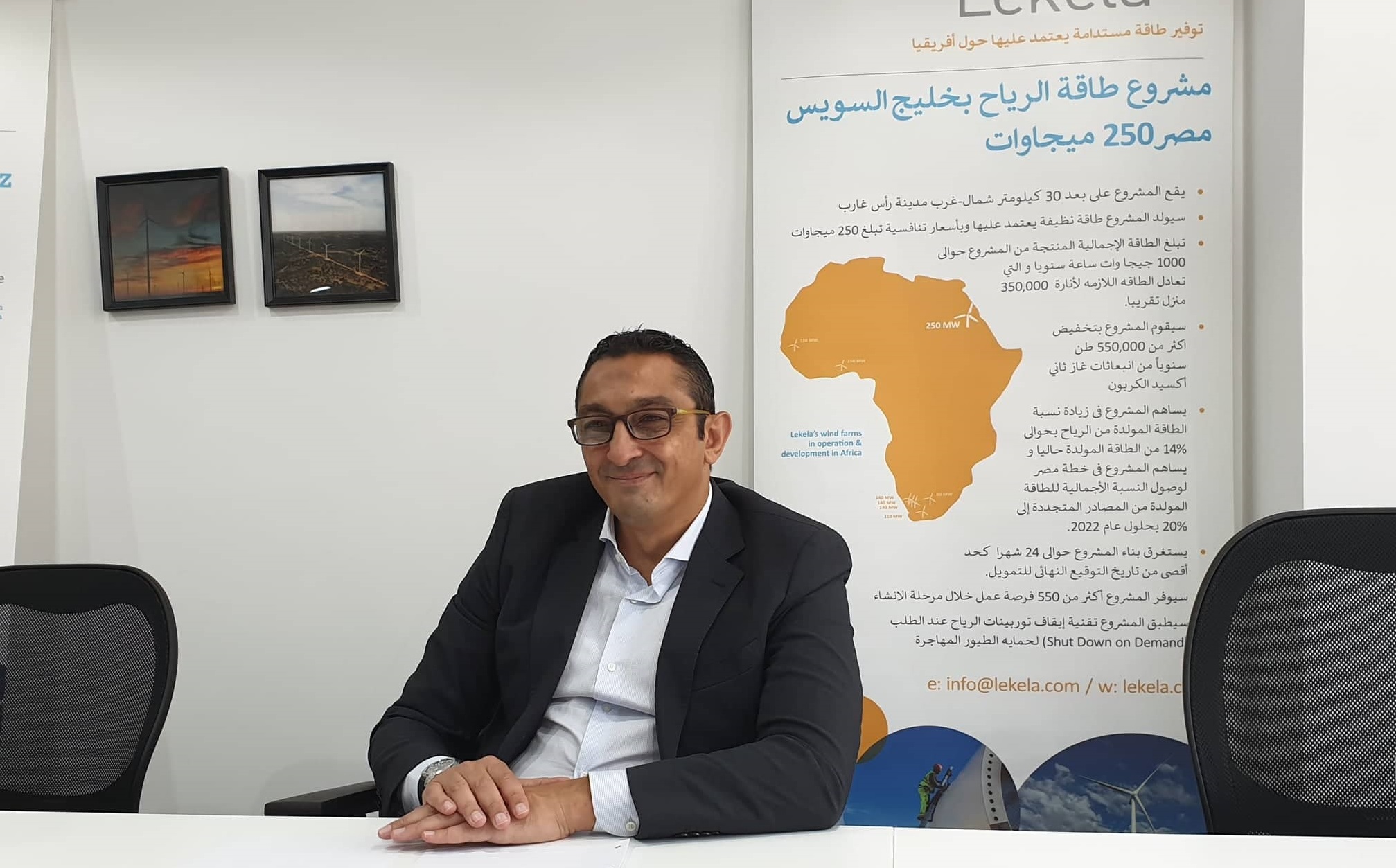 Please tell us more about the company’s projects outside of Egypt.

Together, our existing pipeline of projects will contribute 1,300 MW to capacity.

How do the public–private entities collaborate in the energy sector?

Basically, it comes under the framework as follows, clear regulations, future expansion plans, laws to encourage investment and facilitate money transfer in and out, and a set of balanced agreements that govern the whole process.

Egypt has world-class wind and solar resources, the government is determined to open the market and set new regulations for attracting more investment into renewables in Egypt. For instance, the Benban mega solar plant has been a great accomplishment and attracted FDIs. In addition, 0.5 GW of wind investments, including Lekela’s project were as a result of the BOO scheme, which proved great success as well. Surely, this paves the way for a bright future and for more FDI attractions within the sector in Egypt.