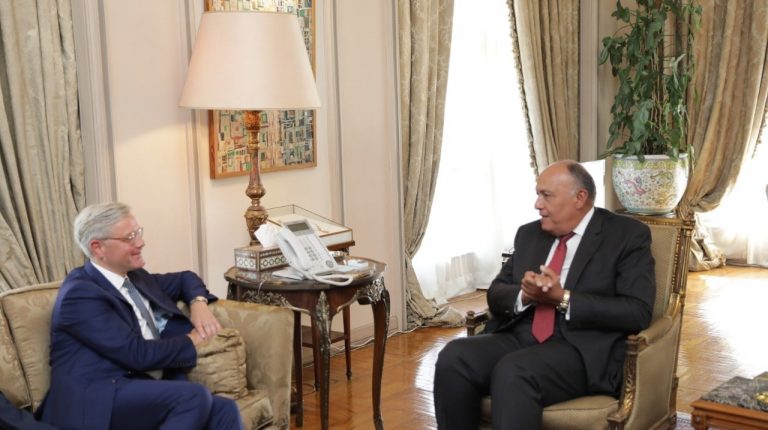 During the meeting with Röttgen, Shoukry addressed enhancing bilateral cooperation, praising the stronger relations between the two countries over the past few years.

He also highlighted that Egypt welcomes German companies that seek to push investments inside the country, asserting that Cairo is encouraging new businesses to enter the Egyptian market to benefit from the promising opportunities available in Egypt.

On that note, Röttgen, praised Egypt’s rule in the Middle East and its efforts to maintain security and stability in the region. He also expressed his country’s readiness to expand German investments in Egypt.

The volume of trade exchange between Egypt and Germany reached €5.814bn in 2017, compared to €5.568bn in 2016, amounting to a 5% increase, which makes Egypt Germany’s third-largest trading partner in the Middle East.

In a separate meeting, Shoukry sat down with Darmanovic to discuss ways of enhancing cooperation and bolster relations.

The FMs addressed their economic relations, as Egypt is considered the largest investor in Montenegro with an amount of €1.1bn, according to the Egyptian Foreign Ministry.

Therefore, the pair emphasised the need to increase the amount of trade exchange and investments between the two countries. Meanwhile, Shoukry and Darmanovic also discussed enhancing cooperation in the fields of tourism and shipping.