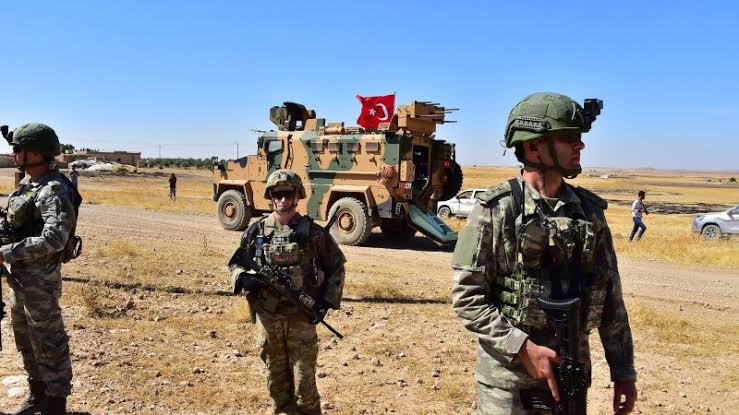 Trump warned in a tweet that he would “totally destroy and obliterate” the economy of Turkey if its offensive in Syria was “off limits.”

Although the US policy in Syria, which included withdrawing US troops, was thought to be giving the green light to Turkey to launch an offensive in Syria, Trump’s administration official said that the US had only redeployed 50 troops “where they aren’t in the crossfire,” to monitor the situation.

Trump later said at the White House that he warned Turkish President Tayyip Erdogan via phone call that Turkey could suffer the “wrath of an extremely decimated economy” if its action in Syria was not humane.

Meanwhile, the Turkish Defence Ministry said on Twitter late on Monday that Turkey is ready for a possible military operation in Syria aiming to establish a safe zone.

“The establishment of a Safe Zone is essential for Syrians to have a safe life and contributes to the stability and peace of our region,” the ministry added.

Moreover, France has also expressed its concern over the withdrawal of US troops from Syria, enabling Turkey to launch a military operation against the Syrian Kurdish YPG – branded as terrorists by Turkey – which could pave the way to a resurgence of the Islamic State (IS) militants.

The French Minister of the Armed Forces, Florence Parly, reportedly said “We are going to be extremely careful that this announced disengagement from US and a possible offensive by Turkey does not create a dangerous move that diverts from the goal we all pursue, the fight against the Islamic State, which is dangerous for the local population.”

According to the Iranian ministry, Cavusoglu emphasised the need to respect Syria’s territorial integrity, saying that Turkey’s operation in the region would be temporary. However, Zarif argued that the Adana agreement, which envisaged security cooperation between Syria and Turkey, would be the best approach, expressing the importance of fighting against terrorism.

In the same context, the UN Secretary-General Antonio Guterres asked all parties involved in northeast Syria to exercise maximum restraint, according to the UN spokesman Stephane Dujarric.

“The Secretary-General also emphasises that civilians and civilian infrastructure need to be protected at all times and that sustained, unimpeded, and safe humanitarian access to civilians in need must be guaranteed,” he added.