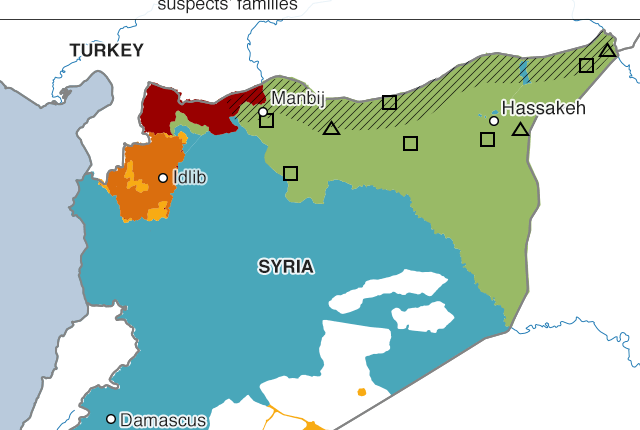 Turkey has launched an attack into northern Syria, Turkish President Recep Tayyip Erdogan announced on Wednesday. The invasions comes just hours after Ankara informed the US that it planned to launch an incursion within a day’s time.

Ankara’s notice came in a statement to the US ambassador to Turkey, David Satterfield, a senior administration official said.

Egypt strongly condemned the attack, calling it “an unacceptable flagrant violation of the sovereignty of a sister Arab state, in contravention of the norms of international law.”

Egypt’s ministry of foreign affairs called on the the international community, represented in the Security Council, to confront this extremely dangerous development that threatens international peace and security, stop any attempts that aim to occupy Syrian lands and to force “demographic engineering” in north Syria.

Early on Wednesday, Fahrettin Altun, the communications director for the Turkish president, announced that Turkish forces, together with its Syrian rebel allies, the Free Syrian Army (FSA), would cross the Syrian border “shortly,” ignoring international calls to stop the planned Turkish offensive.

The EU Commission has condemned the action, along with a number of other countries. While NATO’s secretary-general, Jens Stoltenberg, urged Turkey not to “further destabilize the region.”

After withdrawing US troops, president Donald Trump threatened to destroy the Turkish economy if Ankara takes its offensive in Syria too far. However, in a tweet, Altun said that Kurdish militants (YPG) have only two options, whether to defect or have the Turkish military “stop them from disrupting … counter-Islamic State (IS) efforts.”

Following the start of the invasion, US Senator Lindsey Graham said that he“Will lead effort in Congress to make Erdogan pay a heavy price.” He previously said that”If Turkey moves into northern Syria, sanctions from hell – by Congress – will follow. Wide, deep, and devastating sanctions.”

Ahead of the Turkish offensive, Ankara has mobilized its military forces at the borders with Syria, sending military convoys to the Turkish border town of Akcakale on Tuesday night. According to eyewitnesses, the convoys included trucks with armored personnel carriers and tanks.

“In this way, the group’s transit to Syria and support lines, including ammunition, are shut off,” the official said.

The Agence France-Presse quoted the Kurdish administration as saying “We announce three days of general mobilisation in northern and eastern Syria,” urging all civilians to “head to the border with Turkey to resist.” The statement also called on Kurds in Syria and abroad to protest against Ankara’s planned offensive.

Commenting on the planned offensive, Iranian president Hassan Rouhani expressed on Wednesday his country’s concerns, asking Turkey to avoid using military force in Northern Syria, asserting that US forces should leave the region.

Islamic Republic News Agency IRNA cited Rouhani saying, “American troops should leave the area, and the Kurds should stand by their own country and national Army of Syria.”