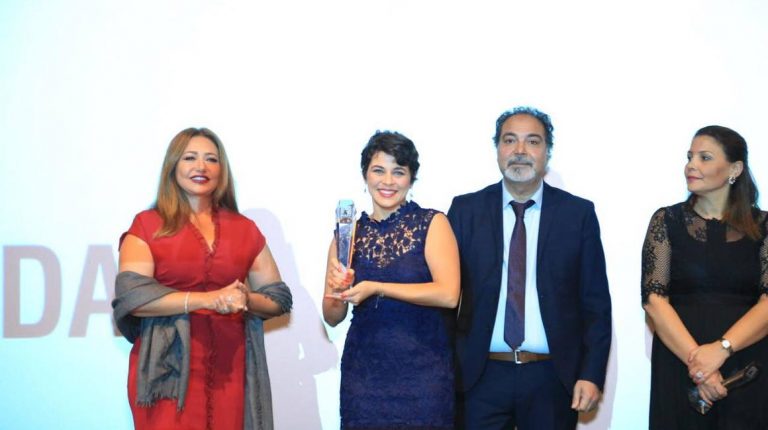 Main actors Sherief El-Desouky and Mona Hala received the award. The jury of feature films, made up by actress Laila Eloui, critic Qais Qasem, and director Ridha Behi, gave the Best Director award to Lebanese Bahij Hojeij for his film Good Morning, and the Best Screenplay award to the film Screwdriver by Palestinian director Bassam Jarbawi.

As for the two awards in acting, Tunisian star Ahmed Hafiane won the Best Actor award for his role in the film Fatwa by Mahmoud Ben Mahmoud, while Moroccan actress Fatima Atif won Best Actress award for her role in The Healer by Mohamed Zineddaine.

The prizes of the feature documentary competition were decided by a jury composed of director Mai Masry, critic Tarek Ben Chaabane, and director of the Tripoli Film Festival Elias Khlat. The Best Documentary award of SEK 15,000 went to the Lebanese film Erased, Ascent of the Invisible by Director Ghassan Halwani, while Sarah Kaskas won the best director for her film Underdown, and a special mention went to the Sudanese film Khartoum Offside by Marwa Zein.

The Audience Choice award presented by the Culture Office in Malmö went to the Egyptian film The Guest by Hadi El-Bagoury.

The festival kicked off Friday evening (October 4th) in the Swedish city of Malmö, with a large presence of Arab stars, directors, and film professionals.

On the opening red carpet, which was held in front of the historic Malmö Municipality building, the festival’s guests, including Egyptian stars Shereen Reda, Asser Yassin, Mona Hala, Palestinian director Mai Masri, Tunisian director Najib Belkadi, and others, were welcomed by the Mayor of Malmo Carina Nilsson at a dinner at the Royal Hall.

The festival’s Founder and President Mouhamad Keblawi delivered a speech in which he expressed his delight at the successful steps taken by the festival. “MAFF also took steps to support Arab cinema through launching MAFF Market Forum fund, and through the distribution of Arab films in Swedish theatres,” he said.

This edition saw the opening of the fifth edition of the Malmo Market Forum, the industry arm of the festival, with the panel “Tunisian cinema between the past and the present,” where Tunisian academic experts Tarek Ben Chaabane and Salim Ben Cheikh spoke. The panel was moderated by critic Ahmed Shawky.