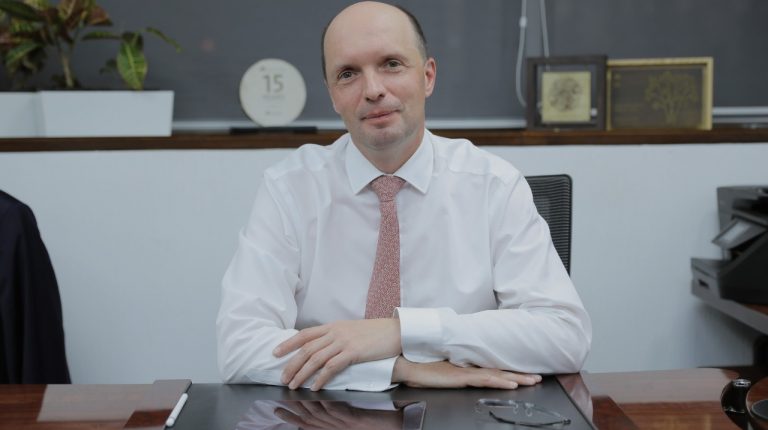 The interview touched all the expansion plans of Carrefour, in addition to the opportunities of the retail sector in Egypt, as well as the challenges.

Graziato also talked about the new 100 stores that are supposed to open in coordination with the Armed Forces, revealing the number of the already inaugurated ones, in addition to the ones that are in the pipeline.

With regards to investments, what is Carrefour’s expansion plan by the end of 2019 and 2020?

How many stores does Carrefour currently have in Egypt and what is the expansion plan of the new hyper and supermarkets by the end of 2019?

Days ago, you inaugurated the Carrefour Hypermarket in Almaza, could you reveal its investments cost?

Carrefour Hypermarket in Almaza is inaugurated with investments of EGP 210m.

Do you have any plans to expand in the new administrative capital?

It is part of the plan to expand after 2020 in the administrative capital, but we still haven’t settled on details about investments, number of stores, and so forth.

What about the new 100 stores that are supposed to open in coordination with the Armed Forces? How many are already open? How many are to open next year?

Until now, we opened only one store in Ismailia last May, and we currently have 10 other projects in the pipeline. We are supposed to open three necessity ones next year in Marsa Matrouh and Qena.

When are the rest of the 10 projects supposed to be launch?

In a range of two to three years.

Are there plans for buying or acquiring any retail chain in the near future?

The current development of Carrefour is mainly focused on new stores. How we develop afterwards is a question of opportunity, but at present, we have no particular intention to acquire any retail chain.

The Internal Tarde Development Authority announced the opening of a number of union co-ops in association with the private sector. Has a deal been made with Carrefour?

As a result of the slight inflation, all the products of hypermarket prices increased by less than 2% due to a less than 2% increase in particular food products.

There are talks of establishing a new logistics area, had the location, size of the investment, and timeline been decided yet?

The logistics area is something we are looking into. We currently have a logistics partner to deliver some of the goods. However, we leave the option to build our own logistics centre

The idea is to develop logistical solutions for supermarkets, but we leave the options open to either build our own logistics centre or to keep contracting with a sub-party, of course in a bigger area or premises to manage supermarkets digital business and promotion.

We are conducting a study and negotiating on the future, either to work on our platform or to continue with a third party.

If you will have your own logistical area, how is this going to benefit the customers and the operation itself?

First of all, it will secure enough stock, especially for supermarkets, given that the stores getting smaller so it’s easier to deliver from the logistics centre rather than sending dozens of trucks every day.

For the digital business, it will be also easier.

In terms of the digital solutions, could you provide us with more details about what exactly Carrefour provide? And are you working with any third parties, or any special communication or IT companies to provide such solutions?

No, we do not work with any third parties, the digital solutions is a big part of our expansion plan currently. Our customers can get products delivered to their places through ordering online, either through Carrefour website or application. Our online services cover several areas of Cairo, including Maadi, New Cairo, and the 6th of October, and soon will be covering Nasr City and Alexandria. In terms of large products, such as electronics, we cover more places such as the Delta.

Meanwhile, the delivery time takes a minimum of four hours.

What are your expectations for the sales by the end of the year and the expected growth?

I expect double-digit growth in terms of sales, which means above 10%. We expect the same type of growth for 2020, keeping in mind that these expectations are regardless of the expansion.

What is your estimation of Carrefour’s customers now? And what is the expected increase when other branches open?

We serve roughly 100,000 customers per day, which means 36 million per year. We expect to achieve a 10% increase, reaching 40 million per year by the end of 2019, after the new branches are opened.

What is the number of items produced by Carrefour retail and what makes them special?

We have more than 1,000 products labelled carrefour. In my opinion, what makes them special is their high quality.

Are any of the Egypt Carrefour products exported to other countries? And what is the value of those exports?

Could you reveal carrefour’s five-year strategy in Egypt?

The idea of Carrefour is to serve the Egyptian community, offering the people the best price, so we fight inflation and keep the price as low as possible.

On top of that, we are offering fantastic promotions on food and non-food products as well.

Afterwards, the idea of carrefour is to improve the quality of the services we offer, so we will go for a more and more digital solution.

As I mentioned that digital solutions are a big part of our expansion, we target to reduce the time of delivery of online orders by 2020.

In brief, we aim to simplify the lives of customers when it comes to payment and delivery as well.

I want to highlight that the purpose of Carrefour is to come closer to the customers whether digitally or through the actual location at the same price, as the deliveries are free and the products price is the same online and offline.

We want to grow throughout the expansion plan the market share so, our goal also is to increase the 20% to become 24%.