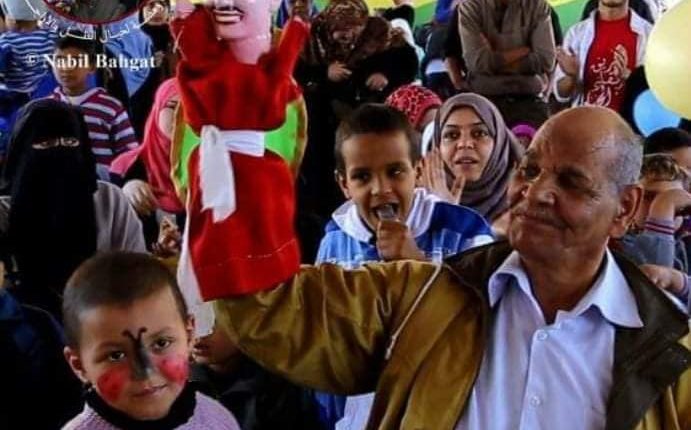 Egypt bid farewell on Monday to Saber El-Masry the latest Aragouz player (puppeteer) at the age of 80. The senior puppeteer spent his life chronicling the art of puppet shows in Egypt, until its official admittance to the  The United Nations Educational, Scientific and Cultural Organization (UNESCO)’s Intangible Cultural Heritage List in November 2018.

Known as Am Saber (Uncle Saber) by younger generations, he used to perform puppet shows on the street believing that all children deserve to enjoy it. 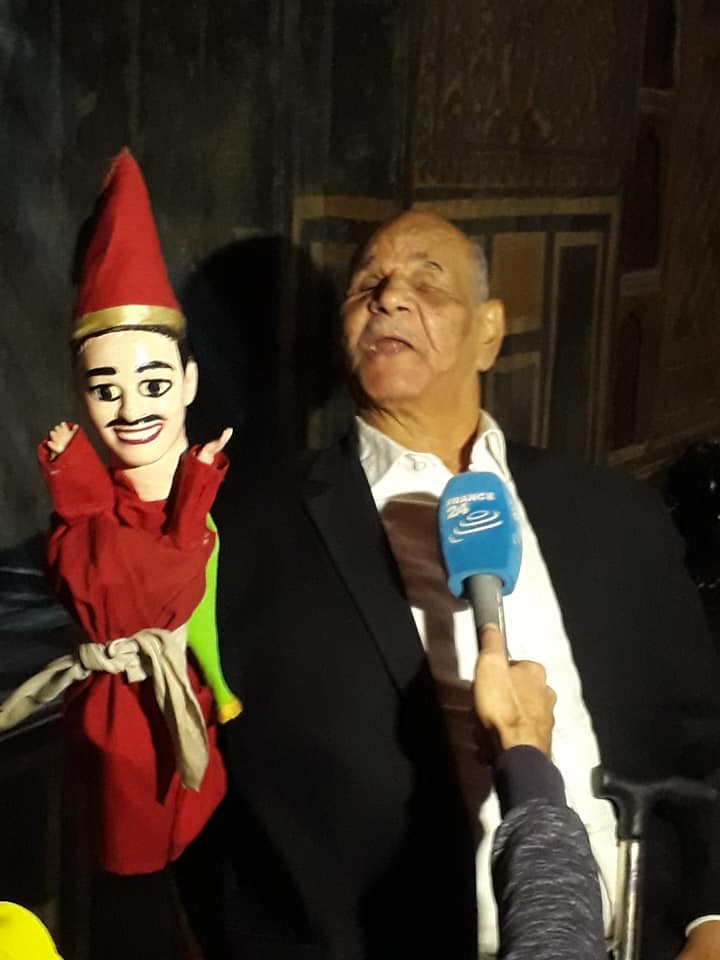 Al-Aragouz is a wooden marionette puppet that is about to be revived in city life. It was first presented to Egypt during the Fatimid era. The historical books could not detect the origin of the puppet, but it was stated that it was not originally created in Egypt.

When it first came to Egypt, that type of art was only exclusive to the sultans and the elites. The art gained wide popularity in Egyptian society as it reflected the political, cultural, and economic situation of the people through puppets which had different shapes and roles.

Throughout the years, Al-Aragouz widely spread among all social classes and became an inseparable part of Al-Moulids (Prophet’s birthday celebrations). It started fading away with the appearance of animated shows on TV.

Al-Aragouz plays convey concepts that can be understood by both adults and children, each on a different level. Moreover, the core of these plays is always to transmit values and ethics.

In his later years, Saber used to perform his shows with Wamda troupe, the one remaining puppet show band reviving the art through weekly performances at Beit El-Suhaymi.

Wamda mourned the loss of Saber, stating that he is the person who taught the members “the creation of hope”.

“I have spent my life carrying my puppets in the streets to draw smiles and happiness over people’s faces. Today, after reaching 80 and losing my eyesight, I’m still determined to spread happiness and laughter,” El-Masry said in a message to the world at the last World Puppetry Day on 21 March.

“I witnessed wars and struggles during stages of my life, all of which have faded and passed away, only man has survived,” he added.

Saber lived his life calling on the motto to protect the children and end the struggle. For over 50 years, he dedicated his life to the art of puppetry to prevent it from extinction.

The late puppeteer roamed the world telling the stories of Egyptian heritage, and inherited tales of Abu Zeid El-Helaly, the Arab hero and leader.