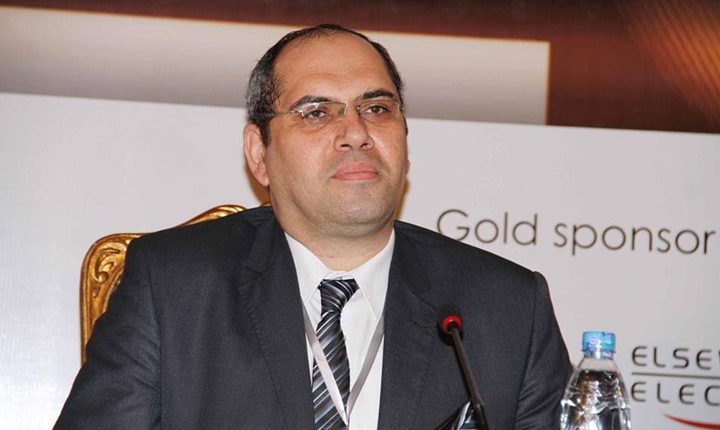 The Regional Center for Renewable Energy and Energy Efficiency (RCREEE) participated in the preparation of national renewable energy plans in Tunisia, Jordan, Iraq and Sudan in cooperation with the United Nations Development Program (UNDP) and the European Union (EU), according to Maged Karam Eldein, senior technical expert at RECREEE in an interview with Daily News Egypt.

How did the Center participate in the preparation of national renewable energy plans?

The Center recently completed its contribution to the preparation of the National Renewable Energy Plan in Jordan until 2023 in cooperation with the EU. The center is involved in developing a renewable energy strategy in Sudan.

A meeting was held with Sudanese officials last week to develop a strategy to benefit from wind energy in cooperation with the UNDP. Renewable and hydroelectric power is expected to contribute 12% to 13% of the grid’s capacity within 10 years.

Have you participated in other programs to promote renewable energy in other countries?

The center has recently participated in the program to stimulate the use of solar energy in Iraq. Recommendations have been taken to attract the private sector to invest, a renewable energy law is being prepared, and a tender experienced in renewable energy is announcing the launch of the 750 Megawatt (MW) capacity project.

The RECREEE also participated in the National Renewable Energy Plan for Tunisia, which is one of the first countries to launch decreasing bid projects. The same bids that Egypt is looking to implement during the coming period.

What about cooperation with the authorities and ministries in Egypt?

The centre contributed to a training programme in cooperation with the Egyptian Electricity Transfer company (EETC) to expand the linkage of renewable energy capacities to networks. It also participated in the Pan-Arab Sustainable Energy Strategy in cooperation with the Arab League. The Arab Ministerial Council is in the process of adopting this strategy.

How do you evaluate Egypt’s surplus in energy production?

In the 90s, Egypt had a capacity surplus with growth rates and increased demand for energy, these capacities were consumed. This is part of an integrated plan for the future, to calculate the evolution and growth rates in energy demand.

Egypt is doing well and growth rates reached 5.5%. Energy demand will rise in the coming period. Growth in domestic demand is declining due to the success of the rationalization programmes, and the growth will be directed for the purposes of achieving an economic return. It is an opportunity for Egypt to achieve economic development.

Renewable energy is a very important part of the energy mix in Egypt. It is considered the best environmentally and economically. However, a study should be conducted to determine the possibility and capability of the electric grid to accommodate the produced capacities and implement projects to store energy and use batteries, which will have a big role in the future.

Can Egypt become an electricity exporter?

Egypt has a great opportunity to expand the use of renewable energy, especially as it is one of the most important countries on which the basis of the African Energy Initiative was made. The initiative aims to produce 300 gigawatt (GW) until 2030.

Egypt is one of the founders of this initiative. As part of this initiative, a meeting of North African countries was held in cooperation with the RECREEE. Everyone is looking up to the experiences of Morocco, Tunisia, and Egypt in renewable energy projects.

What are the features and strategy of expanding renewable energy?

Expansion in Africa is a must and small and medium enterprises (SMEs) should cooperate. They must have the support of the Ministry of Industry by giving them advantages to compete in the African market.

Technology is different from what is expected within 10 years, especially with the development and the trend to create smart cities and electric cars, and it is possible to recharge cars in homes or sell electricity from their homes for the benefit of the state.

Each country designs its experience and programs to suit its readiness, market, and technology. Some countries have amended their legislation to comply with investment requirements, and the coming period requires a move towards smart networks in the fields of transport and distribution.

What is your vision for the investment and legislative climate in Egypt?

Egypt is attractive for investment, and we need, in the coming period, to accelerate the steps systematically in line with the expansion of networks and the readiness of infrastructure and land.

Egypt’s plan until 2035 is to produce more than 50,000 MW of renewable energy, which means it needs to implement projects at the rates of 3,000 to 5,000 MW annually, and the state must determine the mechanisms that allow for this number, as well as the system used to implement it both with the government and the private sector.

The solar power complex in Benban proved the attractiveness of investment in renewable energy, and that Egypt now has fundable contractual documents to back it up. Egypt gained the trust of Arab and international companies as well as many foreign financial institutions.

The demand rate of investment in renewable energy in the Middle East and the countries is very high, and there are countries with many requests for investment in energy such as Saudi Arabia, Algeria and the UAE. There are many companies seeking to diversify their investment portfolio in many countries currently.

The low risks and prices of solar cells contributed to reducing the sale price of electricity produced from solar projects, as Egypt reduced the risks of currency and arbitration in case of conflict, which resulted in investors having confidence in the renewable energy market.