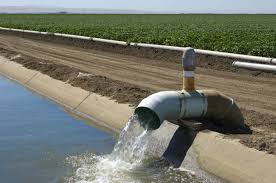 A recent study conducted by a research team led by the University of Freiburg, Germany warned that groundwater reserves are suffering a significant decline because of the continued withdrawal of water in a way that threatens the world’s ecosystem.

By 2050, more than half of the areas which rely on groundwater pumping will not be able to maintain the ecosystem integrity, according to a study published by Nature science journal.

The study Environmental Flow Limits to Global Groundwater Pumping, noted that 20% of catchment areas in which groundwater is pumped suffer a decrease in river flows, particularly in the driest regions, such as Mexico, the Ganges and Indus basins. This depletion of groundwater can reduce the amount of water discharged into rivers, lakes, wetlands, and other ecosystems.

“Our calculations show that almost 20% of the regions where groundwater is pumped suffer from a reduction of river flow making it too low to maintain healthy aquatic ecosystems. We expect that by 2050, more than half of the regions with groundwater abstractions will not be able to maintain healthy ecosystems anymore,” says Inge de Graaf, chair of Environmental Hydrological Systems, University of Freiburg, and one of the study’s authors.

She told Daily News Egypt that the most striking result of the study is that only a slight drop of groundwater level will already cause this critical decline in river flows. This shows that riverine freshwater ecosystems are extremely sensitive to water decline. Also, it will often take decades for groundwater pumping to lead to a noticeable reduction of groundwater influx.

The researcher explained that she used this new global-scale hydrological model to investigate how strongly freshwater ecosystems have been, and will be, affected by groundwater pumping. With the model, she is able to calculate the flow of groundwater to rivers all over the world and to study how a reduction of this groundwater flow, when groundwater is pumped, impacts river flow.

“Such a global model is not something you can run on your home computer, but a super computer was used for running the model and analysing the data. The inputs of the model are all global-scale data. For example, data of precipitation and temperature, data on the thickness of the aquifers (the layers of sediment or rock where the groundwater is found/stored), permeability of aquifers, and data on water demand, irrigated area, etc. Some of these data were developed within our research group, others came from other researchers,” the researcher noted.

What makes this study really important is that it is the first global-scale modelling study that can simulate the impact of groundwater abstractions on streams.

The model we used also estimates storages and fluxes in the unsaturated zone and estimates river discharge. This means it also estimates how much rainwater flows overland, infiltrates through the soil, and flows to the river, before it gets to the groundwater. It’s the complete terrestrial water cycle researchers can estimate.

De Graaf and her team hope to raise global awareness of a slowly evolving crisis, showing through their study that it often takes decades for groundwater pumping to lead to a noticeable reduction of groundwater influx (the ticking time bomb).

Findings of the paper show us regions where we have problems already, and regions where we will experience problems in the future if we keep pumping groundwater like we do now. A reduction of groundwater pumping will be the only way to prevent the negative impacts, while at the same time, global food security should be maintained. Groundwater should be used in a more sustainable way. It is important to develop more efficient irrigation techniques worldwide and crops that use less freshwater or can live in salty water.

Although the global model can be used as an indication where the problematic regions are or will develop in the future, more accurate local models should be developed to extend our knowledge for these problem regions, for example, test the effect of sustainable water management, according to the researcher.