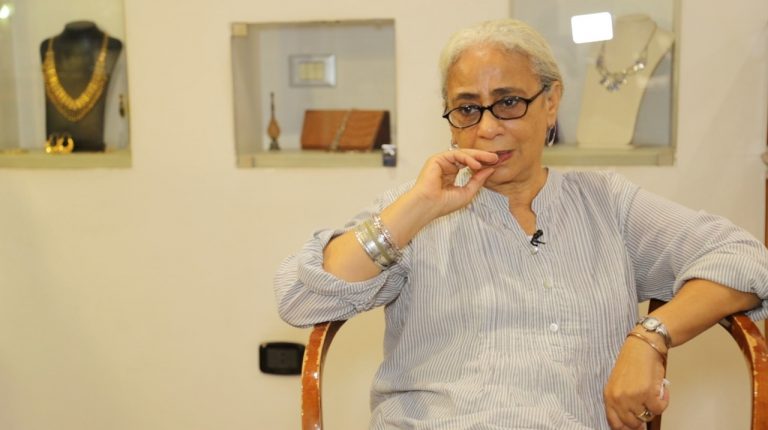 Jewellery designer Zeinab Khalifa was born in 1965 and studied philosophy at the Faculty of Arts, Ain Shams University. She grew up in the neighbourhood of Attaba, Cairo, which was distinguished, according to Zeinab, as a commercial district to which women flock from across Egypt. During her childhood, she was visually affected by the jewellery worn by Nubian and rural women, as this art is highly linked to the cultural and social environment.

Daily News Egypt interviewed Zeinab Khalifa to learn more about her journey in the jewellery world.

How did you enter the field of jewellery design?

After studying philosophy, I studied contemporary sculpture. For many years, I participated in local and international exhibitions and galleries. During this period, I sculpted some jewellery and this was my start to learning about jewellery and goldsmith workshops. 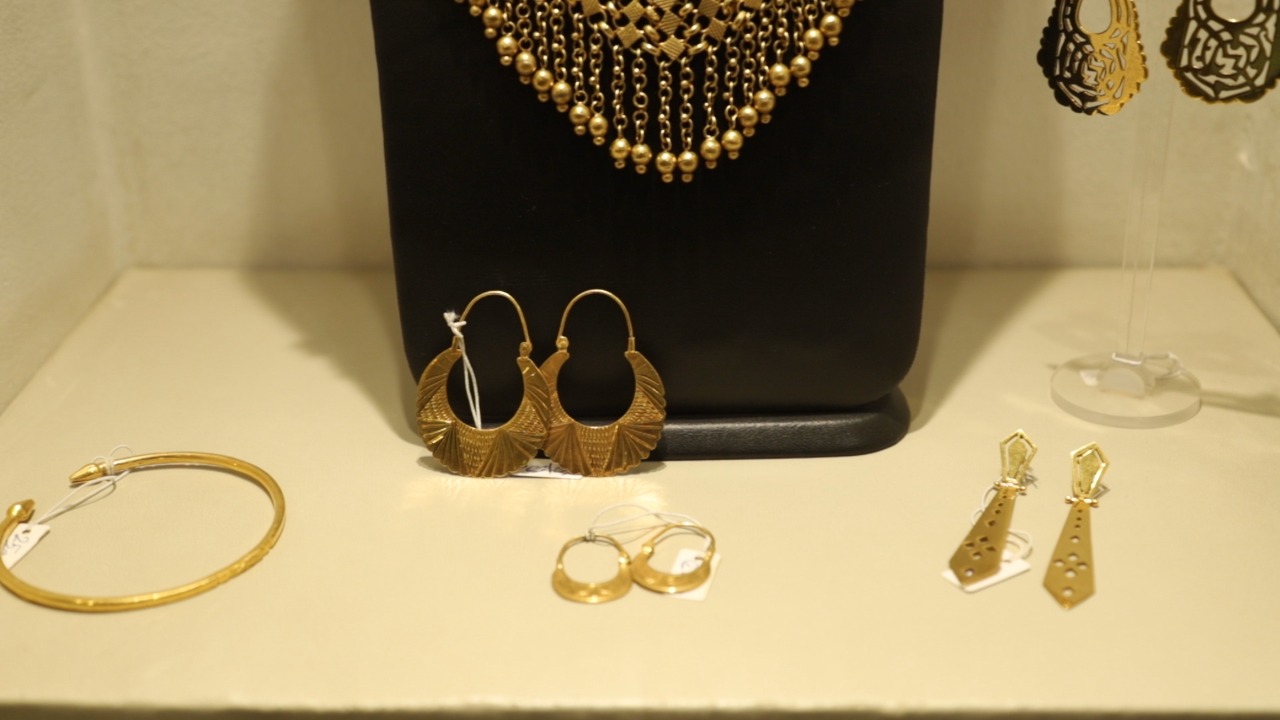 What about your first workshop?

In my first workshop, I learned how to create silver and gold chains. after that I learned welding, and since then, my relationship with workshops started. It’s now a part of my personality.

How did your philosophy studies affect your jewellery design?

My study of philosophy has influenced my whole life, not just jewellery, because it is based on the critique of common ideas of art, religion, and relationships with others.

Through my studies, I learned how to deal with different personalities in the gold market.

Jewellery is always a part of Egyptian women culture since ancient times. Jewellery exists from the beginning of mankind since it reflects each culture and people’s relation with nature.

Certainly, everyone/s environment is reflected in their jewellery design. environment also determines the materials used when making pieces. The value of each material used in jewellery also determines a woman’s willingness to buy it either as an accessory or a saving tool. Therefore, you can find that many old jewellery works are without stones or inscriptions as they reduce weight. These aspects were considered by gold jewellery designers, unlike silver jewellery, which are cheap and flexible. They were used to record historical events.

What are the problems of the gold market now?

El Sagha (gold shops), one of the oldest gold markets in the region, located in Gamaleya, adjacent to the famous area of Khan Al-Khalili, is now in its worst condition. I blame Egyptian jewellery makers for this since they don’t care about the markets they come from. Gold workshops now avoid El Sagha and move to other locations.

I don’t think that we should live in the past, but development will not happen without preserving the ethics of the profession and the market. Young designers can only learn this through working in the market, like El Sagha, which is a part of Egypt’s history. Moving away from our heritage led us to where we are now. We now lack skilled jewellery creators.

The state should also listen to the problems of jewellery makers and traders. I believe small gold workshops should be tax exempted. Major manufacturers should help the gold market remain strong in terms of production and maintenance. 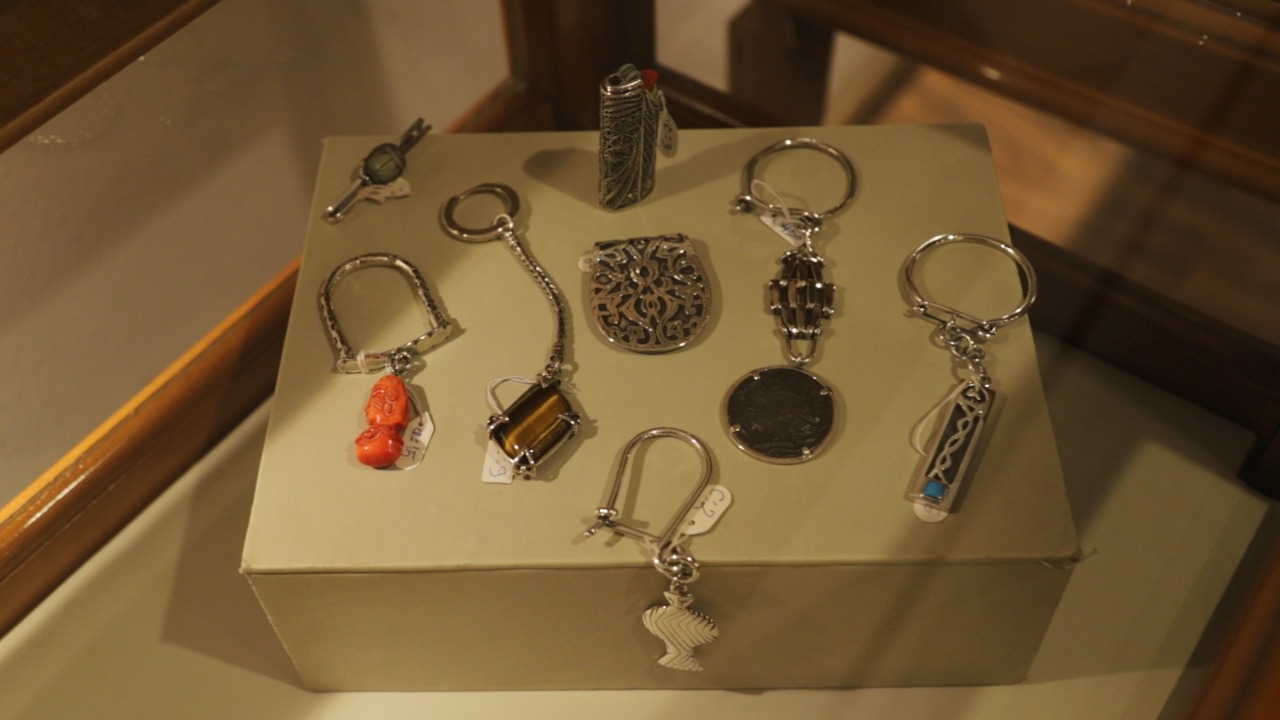 When will you open your school for jewellery design?

Zeinab Khalifa School is my idea to preserve the profession and support a generation of young skilled goldsmiths. I aim to open it at El Sagha to attract young people interested in the industry. It should be in this area because it will be the first of its kind.

Some jewellery manufacturers do not care about teaching young designers fearing competition, but on the contrary, skilled young people can be an addition to them.

I took steps to establish the school by registering it at the Ministry of Social Solidarity.

Seeking finance, I approached the Industrial Modernization Centre, affiliated to the Ministry of Trade and Industry, and the Sawiris Foundation for Social Development, but I have not received any responses yet.

What do you think about the market’s dependence on foreign labour?

There are already companies and factories that rely on skilled foreign labour. Personally, I am not against them; we can make use of cultural exchange between different cultures and communities, such as India, Croatia, Thailand, and European countries.

The market should be open to all nationalities in order to learn modern technology in the field. The diversity enriches the profession and creates competition.

What are the most famous exhibitions you have participated in?

I have participated in many exhibitions inside and outside Egypt. I have also organised a jewellery gallery at Regis University in the United States.

Did these exhibitions have certain themes?

They all were about presenting countries’ heritages in a modern way.

But ideas must be developed in a sophisticated manner and not be trapped in heritage. Heritage may limit creativity, but at the same time I avoid copying western or modern ideas without giving them a local taste. 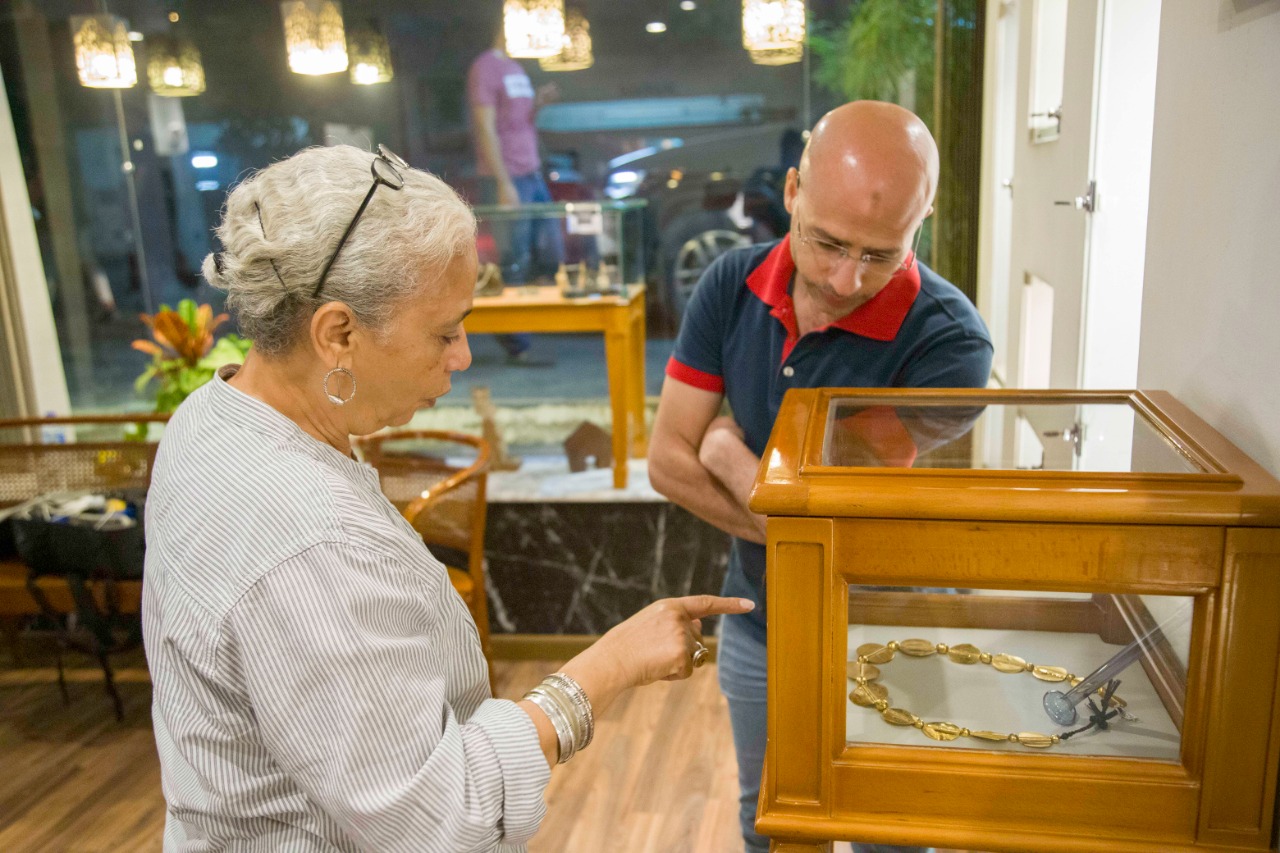 What about your contributions in films?

I have designed jewellery for actresses in the film Sarikat Sayfeya (Summersaults), directed by Yousry Nasrallah. I studied the characters very well to know the psychological and social aspects of them.

I also participated in the film Al Asleyeen (The Originals). One of the characters was a Pharaonic king, so I studied Pharaonic jewellery and made nearly 50 pieces of jewellery for this film, including crowns, rings, necklaces, and bracelets.

I designed the Umm Kulthum pin which appeared in the film Khayal Maata (Scarecrow). The original one was gifted by the Shah of Iran to Umm Kulthum.

Do you design your work yourself or rely on assistants?

Through many years of experience and education, I have been able to manufacture jewellery pieces through various techniques, but I also have a group of skilled workers that I depend on.

Is it important that a designer make the whole piece of jewellery by them self?

No, it’s not important. There are different production steps and techniques. Some techniques require years of experience. However, it is important for the designer to have full knowledge about the nature of materials, such as gold, silver, and copper, and to know the different techniques of designing.

Do jewellery designers face any problems with intellectual property?

The law on protection of intellectual property rights must be activated. Some of my works were imitated in small workshops and sold in the market.

How did high prices of raw materials affect your business?

We have certainly been affected by the price hike of raw materials, especially since most of the tools we use in shaping and crafting are imported.

What advice can you give to young designers?

I advise young designers to be serious in what they do. Some learn the profession without being interested in it.

Zeinab Khalifa did not emerge out of nowhere. We spent a lot of time and effort to learn this profession. When I started, there were no women working in this field. We didn’t seek fame. We were serious in our work and this is what makes us different. Many young people want to be famous before they even start and learn the profession.