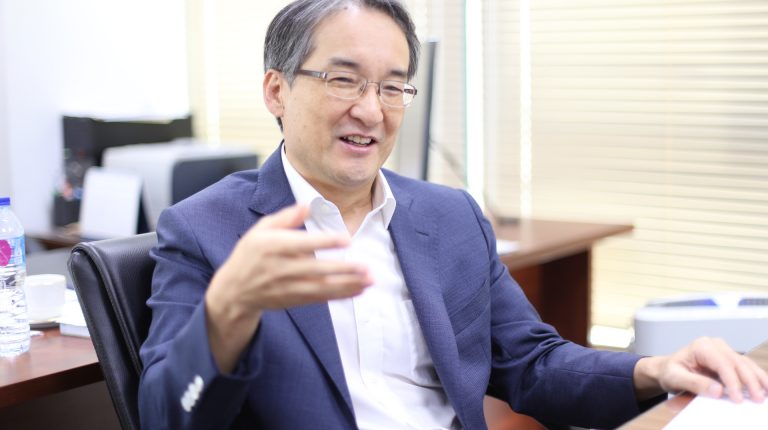 “I think that investing in Egypt’s environment sector is promising and will encourage the Korean companies to explore opportunities in the field,” Shin mentioned.

KOTRA was established in 1962 to contribute to the development of the national economy by performing works such as trade promotion, investment between domestic and foreign companies, and support for industrial technology cooperation.

Daily News Egypt interviewed Shin to be updated on economic cooperation between both countries in terms of trade and investments.

When did KOTRA inaugurate its office in Egypt?

KOTRA Cairo office has been in operation since 1974.

Do you have any recommendations to further improve the business climate in Egypt? What challenges do Korean businesses face here?

I think that Egypt is a country with a great potential and to benefit from this potential, the country must open its economy more than it does now.

I think the Egyptian government should ease import-related regulations and operate them transparently. When changing regulation, the authorities have to give sufficient time to notify the businesspersons in advance, so that foreign companies can adapt for new measures.

There is a need to advance administrative procedures. In particular, some Koreans claim that Egyptian import customs clearance process is too slow.

Did 2019 witness any new Korean investments? Which sectors are more attractive?

What about Korea’s future investments in the local market?

Many Korean companies aim to invest in Egypt, especially in the environment industry. Korean businesses want to gain the upper hand in the sector.

What is the volume of trade exchange between Egypt and South Korea in 2018 and 2019? What are the main exports and imports?

However, we have seen a drastic decrease in both imports and exports from Egypt. In the first eight months of 2019, Korean exports to Egypt decreased by 8.3%, reaching $1.133bn, while Korean imports from Egypt slashed by 54% recording $102m between January to August 2019.

How have Koran-Egyptian relations been negatively affected after the activation of the zero tariffs of the European association agreement? Do you have future meetings with Egyptian government in this regard?

It has negatively affected our exports, like passenger cars and auto parts. We believe that the situation will continue like this for the time being.

Actually, I don’t have any meetings scheduled with Egyptian representatives regarding this matter in the near future. However, I think that there will be an opportunity to discuss it with them in the future.

The ambassador Yeocheol Yoon told us that Korean and Egyptian authorities are discussing inking a free trade agreement; what is the proposal of this agreement, what is the expected timing of signing it?

I am not in a position to comment on the FTA negotiations. The Korean embassy will proceed with this matter with the Egyptian government. Inking such agreements usually take between 2-3 years.

We knew that a Korean business delegation has visited Egypt on 8 October, how do you assess this visit?

The delegation was organised by the Egyptian Businessmen’s Association (EBA) in conjunction with the Korea Chamber of Commerce and Industry (KCCI). KOTRA was in charge of arranging one-on-one meetings with the companies. There were about four Korean companies from the delegation that attended the meetings.

A memorandum of understanding between the EBA and the KCCI was signed on Tuesday to boost the joint cooperation.

What about the other business missions from Korea to Egypt in 2019?

Seven delegations organised by KOTRA visited Egypt this year, and there will be several delegations next year. KOTRA’s delegations usually have joint meetings with Egyptian counterparts.

Earlier in April, the first of a kind Korean beauty exhibition was organised in Cairo in cooperation with the Korean Cultural Center. We plan to hold the second version of this exhibition next year.

Do you conduct any studies on the market?

Yes, we do. KOTRA mainly does market research on specific items such as auto parts, fabric, switchboard, and other sectors.