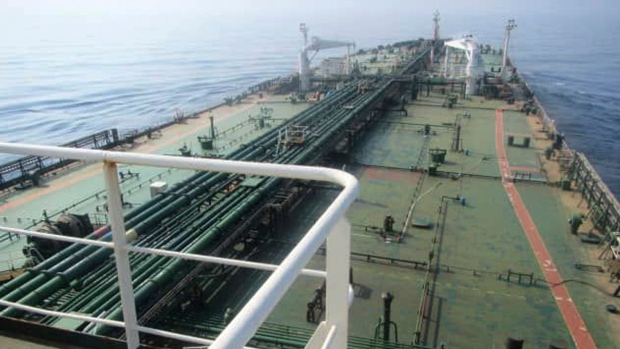 The Iranian oil tanker, Sabiti, was reportedly struck and damaged by two missiles near Saudi Arabia’s port of Jeddah on Friday, leading to cargo leakage in the Red Sea, Iranian local media reported.

On Saturday, the Iranian news agency Mehr quoted an Iranian official saying, “The tanker is heading for Persian Gulf waters and we hope it will enter Iranian waters safely,” adding that the cargo leakage has stopped.

Early on Friday, the National Iranian Oil Company, which owns Sabiti, said that the ship was hit twice by two missiles about 60 miles from Jeddah city, located in western Saudi Arabia.

Although the tanker’s crew members were safe and the ship was in a stable condition, the explosions which hit the tanker’s hull caused heavy damages to the vessel’s two main tanks, which has resulted in an oil spill in the Red Sea.

The Saudi General Directorate of Border Guards said in a statement that they received a letter from Sabiti’s captain on Friday, reporting that the front of the tanker had been broken, causing the tanker to spill its cargo into the sea, according to Saudi Press Agency.

The statement added that the Saudi Coordination Centre, tried to provide necessary assistance to the tanker, but the tanker sailed away from Jeddah port, closing the tracking system without responding to the Coordinating Centre’s communications.

Moreover, the US Navy’s Fifth Fleet, which operates in the region, said it was aware of the reports but had no further information.

Commenting on the attacks, the Iranian Foreign Ministry Spokesperson Abbas Mousavi said, “Those behind this dangerous adventurism are responsible for the consequences of such acts,” according to Iranian Fars News Agency.