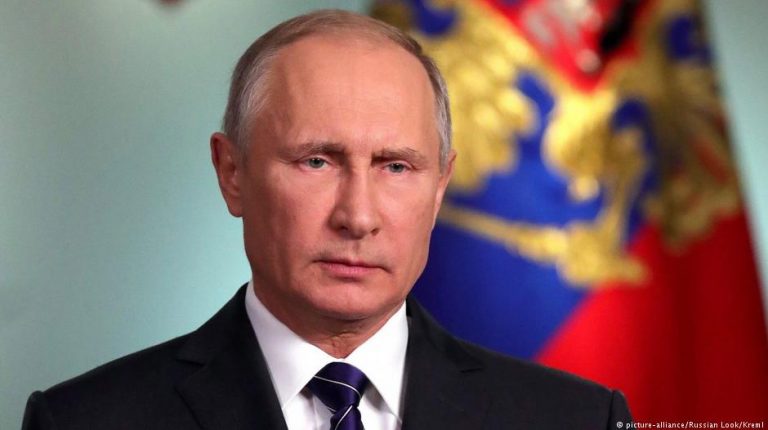 Russian President Vladimir Putin asserted the need to liberate Syria from any foreign military presence in an interview with Sky News Arabia and Al-Arabiya TV on Saturday.

“Everyone who is illegitimately on the territory of any state, in this case Syria, must leave this territory. This applies to all states,” Putin said. Excerpts from the interview were quoted by Russian news agencies.

Putin noted, “Russian forces in Syria are ready to leave the country as soon as a new legitimate Syrian government tells Moscow it no longer needs its help.”

“Today I discuss this issue very frankly with all our partners, the Iranians and the Turks. We have repeatedly talked about it with our American partners,” he said.

This came ahead of his first visit to Saudi Arabia in over a decade and the UAE on Monday and Tuesday.

For his visit to Saudi Arabia, Putin said, “We attach great importance to visit Saudi Arabia which will be a response to the historic visit to Russia by Saudi King Salman bin Abdul Aziz.”

“Relations between Saudi Arabia and the Soviet Union have been remarkably low, and in recent years the quality of our relationship has changed dramatically,” Putin said.

“We view Saudi Arabia as a friendly country. I have developed good relations with the King and Crown Prince Mohammed bin Salman, and we are developing in all directions.”

Regarding economic ties with Saudi Arabia, Putin said, “Growth reached 15% last year, but this year growth reached 28%, and we are studying joint ventures.”

The Russian president spoke about Aramco’s attacks, saying, “We condemn any acts of this kind, it cannot be otherwise. This is the official position. I announced these positions when the attacks first happened and again during our Energy Week conference in Moscow. Such actions do not achieve anything positive for any party.”

He added that he is in touch with the leadership of Saudi Arabia, including the crown prince, who discussed the incident with him and agreed to cooperate in order to collect evidence to identify the criminals.