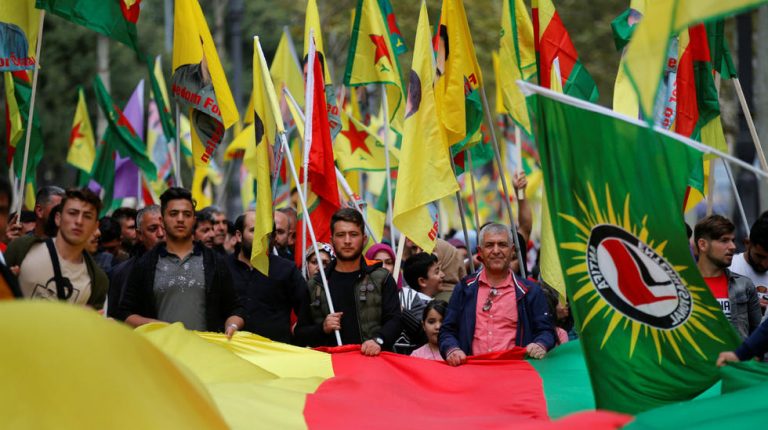 Pro-Turkey rebels have executed nine civilians, including a female Kurdish politician at different moments south of the town of Tal Abyad on Saturday, the Syrian Observatory for Human Rights (SOHR) announced.

However, the accusation was denied by the Turkey-backed National Army which said it had not advanced that far. The Syrian Democratic Force (SDF) also accused them of killing a Kurdish political leader, Hevrin Khalaf, who served as the secretary-general of the Future Syria Party.

The SDF said in a statement that she was “taken out of her car during a Turkish-backed attack and executed by Turkish-backed mercenary factions.” The assassins captured on camera phones videos showing several people being repeatedly shot by the side of a highway.

Despite that SOHR confirmed the authenticity of the videos, the Spokesperson for the Turkish Army Youssef Hammoud denied that they killed nine civilians on the road including the Kurdish politician, saying that they did not reach the M4 highway.

“I am confirming that our forces have not reached the M4,” Hammoud told Reuters, adding that they had instead reached a road closer to the border.

SDF officials sent a map earlier showing the location of incidents on the M4 highway southeast of Tal Abyad.

Turkey and its allies began the offensive since Wednesday, aiming to push back the Kurdish groups from its border, and establishing the planned safe zone.

In a response for the Turkish offensive, pro-Kurdish protests were held in Europe, demanding a stop to what they described as “the Turkish assault on Kurds in Syria.”

Thousands of people took to the streets of France, Germany, and other European countries on Saturday, protesting against the Turkish offensive against the Kurdish in Syria, according to Agence France-Presse (AFP).

The organisers said that “more than 20,000 people” participated in the protests held in Paris. However, in Germany more than 10,000 took part in Cologne’s demonstrations, according to Deutsche Presse-Agentur news agency.

In Hungary, several hundred protested outside Turkish and US embassies, chanting against US President Donald Trump and Turkish President Recep Tayyip Erdogan. Similar protests were held in Switzerland and Austria.