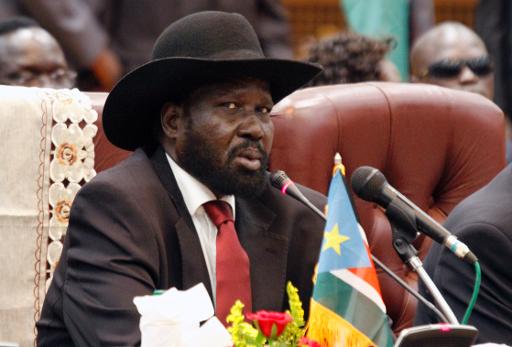 South Sudanese President Silva Kiir has invited Egypt to participate in the upcoming peace talks in Juba between the Sudanese government and rebel groups.

The invitation was extended during a meeting between President Abdel Fattah Al-Sisi and South Sudan’s Electricity Minister and personal envoy of Kiir, Dhieu Mathok Diing, a presidency statement said on Saturday.

During the meeting, Al-Sisi expressed Egypt’s keenness on supporting the stability of Sudan given the historical and special relations between the two countries.

On Sunday, the Leader of the Sovereignty Council of Sudan, Mohamed Hamdan Doklo, headed to Juba accompanied with high-level delegation.

The delegation included members of the negotiating committee and the security and defence committee for peace negotiations.

The next Juba meeting comes as a continuation of a last meeting held under Egyptian sponsorship in September in Egypt’s Ain Sokhna between the main armed groups forming the Sudanese Revolutionary Front (SRF) which discussed procedural arrangements and preparations to begin negotiations with Sudan’s transitional government. Sudanese People’s Liberation Movement-North (SPLM-N); the Sudan Liberation Movement-Minni Minnawi; the Justice and Equality Movement, headed by Gebril Ibrahim; and Nidaa Sudan attended the meeting.

The invitation comes ahead of planned two-month peace talks in the next few days between the Sudanese government and rebel leaders after both sides signed an initial agreement on the anticipated talks in September. It will continue until mid-December.