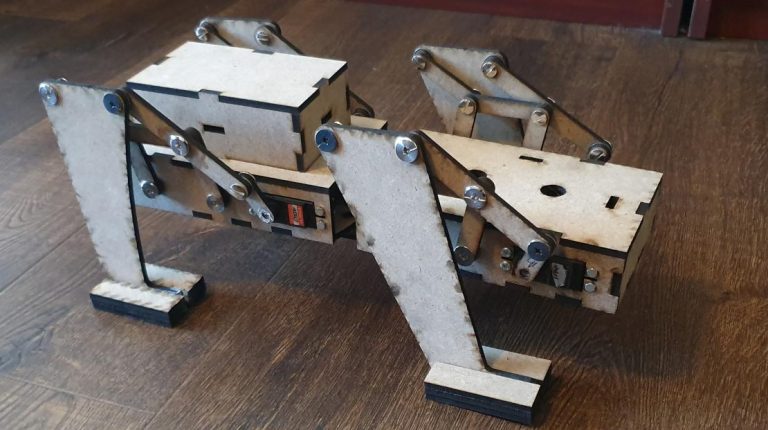 A robot that supports people with special needs and facilitates their locomotion won five American University in Cairo (AUC) students the first place prize at the Student Mechanism and Robot Design Competition in the United States, making them the only Egyptian team nominated for the competition in 10 years.

The competition, held by the American Society of Mechanical Engineers (ASME), is considered one of the biggest scientific competitions for undergrad projects in innovation and societal enhancement. 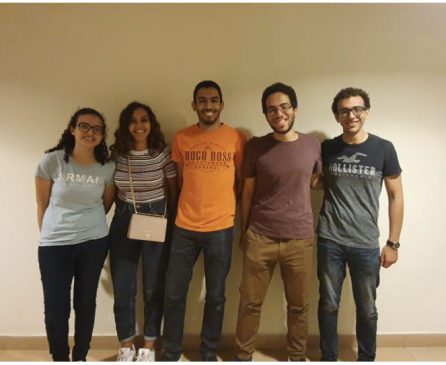 The five students Mostafa Sedky, Fares Fawzi, Sarah Elfeqy, Mohamed Samy, and Mariam Hegazy are all mechanical engineering seniors at the School of Sciences and Engineering at the AUC. Two out of the final teams competing for first place were from the AUC.

The initial idea behind the robot was to provide assistance to people with physical needs whilst ascending the stairs. However, after being nominated as finalists for the awards, the team modified the prototype in order to walk, and undergo a number of tasks that facilitate moving for the handicapped.

“The technology of the robot provides the base for extending its function to surgical robotic arms or using it as a search and rescue machine. The team focused on stability and efficiency to stand out among the other competitors,” the AUC mentioned in a press release.

Sedky, one of the team members, explained that after setting the basic idea, a flow of possible functions and services the robot can provide to the ones in need took over the five talents’ minds.

“We shifted the whole idea from just being able to climb stairs to something we can continue to innovate,” Sedky said.

The mechanical engineers spent two months to design, create the parts of the robot, and finalise the prototype, then worked one month on building before the final prototype was ready.

Throughout the intensive months of work, the five members spent their days at the AUC’s mechanical engineering workshop, which according to Sedky “had everything.” For the nights, they spent the extra working hours at the Robotics Club where they “had everything they needed on campus.”

After flying with their ready to go robot to the States, the team was shocked that all the robot’s part were fried from the airport scanners. Yet, this did not stop them from pursuing their dream, leaving them scrambling and looking for the needed parts in the US, and to rebuild the entire robot within a day.

The AUC announced the award, two days after it was ranked as one of the top 200 worldwide universities in the annual QS Graduate Employability Rankings, with a graduate employment rate of 86% within one year after graduation. The ranking places the AUC above all Egyptian universities.

Within this context, the Executive Director of AUC’s Career Center, Maha Guindi explained that such a rank comes as the “AUC partners with employers on several fronts. Apart from on-campus recruitment, the Career Center engages employers in the career education of AUC students.”