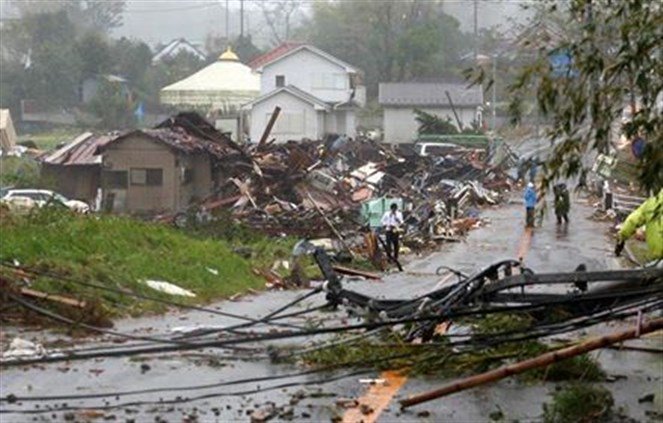 Egypt sent condolences to the government and people of Japan, on Monday, for the casualties left by the Typhoon Hagibis that swept Japan earlier this week.

In a statement, Egypt’s Ministry of Foreign Affairs said that Egypt stands by the Japanese people and government in the catastrophe, wishing speedy recovery for the injuries, and expressing trust in Japan to overcome the crisis.

Meanwhile, the death toll from the natural disaster has rose to 43 people, and caused more than 200 injuries, while 16 people are still missing, according to the latest statement of the Japanese authorities on Monday.

It is considered the most powerful typhoon to hit Japan in the past 60 years. More than 110,000 rescue workers, police officers, and Self-Defense Forces were involved in the rescue. Clean-up operations are still ongoing across the country.

The Typhoon Hagibis caused enormous devastation in Japan including the capital Tokyo, with record-breaking rainfall and violent winds triggering widespread flooding and landslides.

Meteorological authorities in Japan said that more than 40% of the yearly rainfall was recorded in only a day or two in many areas.

About 21 waterways collapsed including the Chikuma River in Nagano Prefecture, northwest of Tokyo, according to Japan’s Land and Transport Ministry, which reported that roads are completely submerged with muddy water.

Houses across the affected regions were flooded with two to three metres of water.