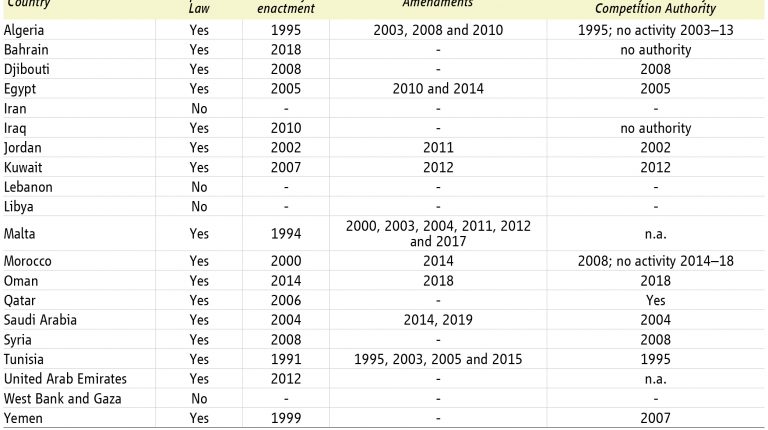 The International Monetary Fund (IMF) and the World Bank (WB) recommended Egypt to take additional measures to enhance the country’s competition climate to help promote the private sector investments due to its role in job creation.

Egypt will need to accommodate an estimated 3.5 million new entrants to the labour market over the next five years, according to the IMF’s recent fifth review staff report on the Egyptian economy.

The Competition Law covers both private and public operators, prohibits anticompetitive agreements, concerted practices, and abuses of dominant or monopolistic positions. The report mentioned that the law was amended in 2008 and revised in 2014, as part of a constitutional reform that stressed the role of competition policy in the Egyptian economy.

How does the WB assess the ECA’s regulatory amendments?

The 2014 amendments to the Competition Law not only reinforced the ECA’s independence and advocacy powers, but also strengthened its enforcement tools through higher fines, enhanced settlement powers, and a leniency programme, mentioned the WB report.

As a result of the regulatory reforms, the ECA’s decisions against anticompetitive practices increased significantly, covering a wide range of markets, including insurance, pharmaceuticals, fertilisers, poultry, telecommunications, electricity, media, and sports, the report added. “However, key concerns remain, especially about limitations on the ECA’s mandate.”

The ECA’s governance structure may affect its independence, especially due to ministerial representation in the ECA, said the report, adding that efforts to enhance the ECA’s mandate are under review by the parliament.

Proposed amendments to the law will create an impartial board composed of the ECA’s chairperson and two senior technical staff, judges, and a number of academics that would report to the country’s president rather than the prime minister.

The ECA will have more budgetary autonomy and will gain the power now held by the judiciary to sanction anticompetitive practices and increase transparency through enhanced publishing obligations, mentioned the report.

The ECA’s inability to impose fines on anticompetitive behaviour can weaken its decisions, warned the report, noting that the ECA can document violations, issue cease and desist orders against anticompetitive practices, and even reach extra-judicial settlements with offenders, but only economic courts may impose fines for antitrust violations.

The WB mentioned that exclusions and exemptions from the competition law, according to Article 9, may affect competitive neutrality and discourage entry, adding that most countries allow no such exemptions. The ECA’s lack of power over mergers makes it difficult to control the anticompetitive effects of market consolidation.

Additionally, the Egyptian Sugar and Integrated Industries Company, controlled by the Ministry of Supply and Internal Trade, is the holding company for all sugar mills in the country. Government mills set the prices paid to farmers for their harvest. It bases those prices not only on market conditions, but also takes into account farmers’ income and competition with imports.

The new draft law on the ECA, which was referred to the parliament, aims to strengthen the institutional, financial, and operational independence of the ECA, as well as enhancing its accountability and transparency, the staff report on the IMF’s fifth review said on Friday.

The report added the draft law was presented to the parliament in January 2019 and is expected to be approved during the current parliamentary round, noting that the IMF staff emphasised the importance of passing the amendments to strengthen the agency’s independence and define its powers.

The initiation of reforms of competition policy, the public procurement system, industrial land allocation, and state-owned enterprises (SOEs) governance is an important first step, but greater efforts will be needed to ensure that statutory changes achieve the desired results in practice.

Progress on reform implementation has been uneven with delays in several areas, while the new guidelines for industrial land allocation remain excessively complex and not market based, noted the report.

The transition to a transparent market-based economy will require further broadening and deepening of reforms and their sustained implementation beyond the current programme, particularly regarding long-standing problems of weak governance, rent seeking, vulnerabilities to corruption, and the heavy presence of the state in the economy, explained the report.

The WB also criticised the 2018 public procurement law as it does not cover the SOEs and permits direct agency-to-agency contracting with proper approval.

Egypt has made nominal efforts to consolidate SOEs, mentioned the WB report, noting that no MENA economy, however, has comprehensively professionalised and consolidated the entire portfolio of operational assets as Singapore has.

Meanwhile, the IMF’s recent staff report mentioned that reform of public procurement has not been delayed. The new government Procurement Act was signed into law in October 2018, aligning procurement procedures with international best practices based on the core principles of transparency, fairness, open competition, and sound procedural management.

The online portal for public procurement also became operational in mid-2019, said the IMF’s report. It noted that the authorities have prepared a draft executive regulation for implementation of the new act, which will standardise government procurement procedures across all government entities, covered by the law, to ensure a transparent and competitive bidding process. It will also ensure that these procedures apply consistently and uniformly to all government entities’ tenders including budget entities, local authorities, and economic authorities. 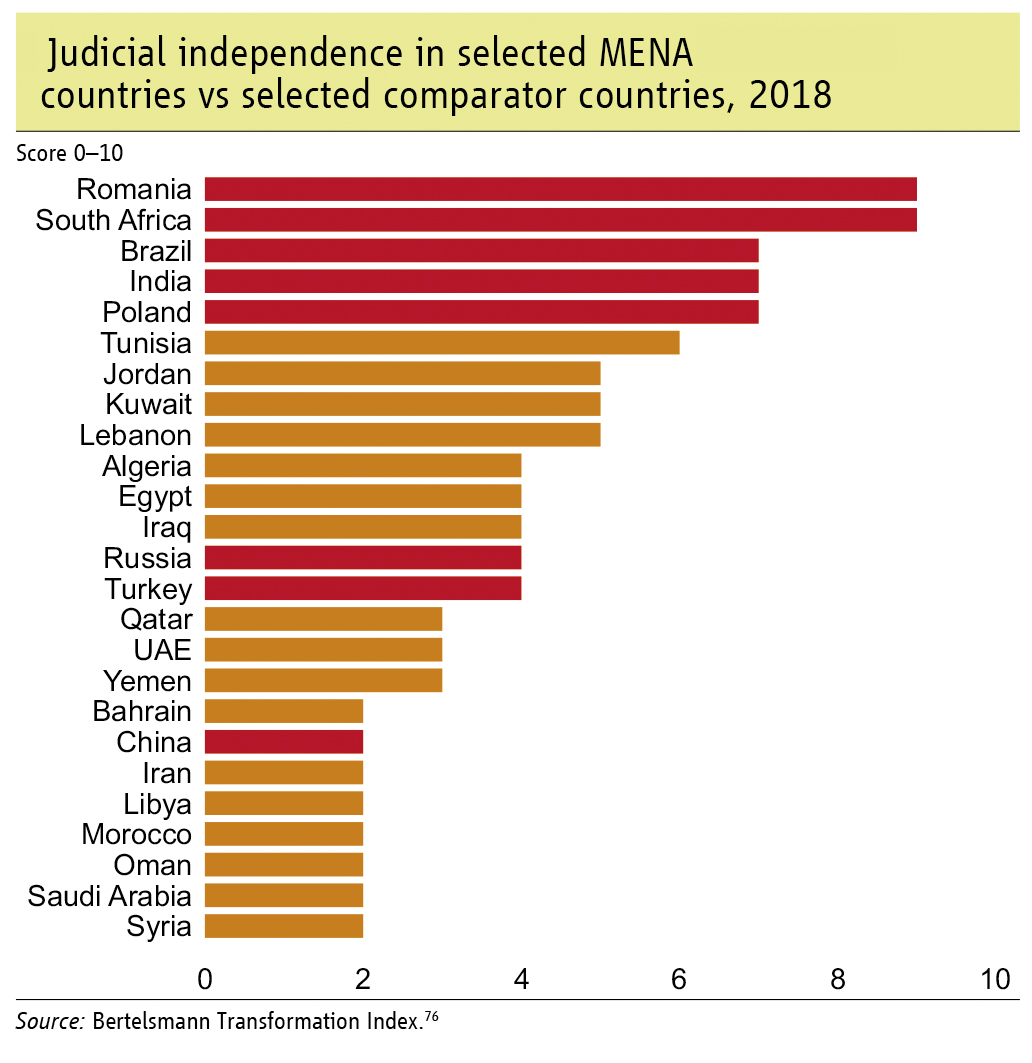 However, final approval of the regulation was delayed beyond end-of-May date specified in the benchmark in order to include input from the World Bank. The approval of a plan to ensure that SOE’s procurement rules are consistent with the new law missed the deadline in the structural benchmark, but was completed with a slight delay to allow additional consultation on best practices with the Organisation for Economic Co-operation and Development (OECD).

The new executive regulation of the government Procurement Act was drafted to align procurement procedures with best international practices based on the core principles of transparency, fairness, open competition, and sound procedural management.

These regulations will standardise government procurement rules, procedures, and document requirements to encourage broad participation by the private sector, with a clear and robust framework for complaint resolution.

The regulation will apply consistently and uniformly to all government entities’ tenders, including procurement conducted by budget entities, local authorities, and economic authorities.

Additionally, the IMF’s staff report mentioned that the authorities are working on increasing the public sector transparency and accountability in the operations of government as well as improving the performance of public agencies, and reducing perceptions of corruption.

The authorities have initiated an open and transparent consultative process with key stakeholders on developing a Right to Information Law and its associated regulations, mentioned the report, adding that the authorities aim to pass such a law that conforms to international good practices.

Moreover, the IMF’s staff report said that a committee comprising representatives of the Central Bank of Egypt (CBE); the Ministry of Planning, Monitoring, and Administrative Reform; and the Ministry of Finance was created to strengthen the National Investment Bank’s (NIB) oversight and governance. It was also tasked to develop a plan for reforming and improving its financial performance.

As a first step, the committee hired an international auditor to perform a thorough evaluation of the NIB’s assets and liabilities, which will inform a subsequent decision on the NIB’s new financial structure, and its revised mandate and business model, said the report. Egypt’s banking system overall remains liquid, profitable, and generally well capitalised, and nonperforming loans are contained and well provisioned.

Investment and natural gas output are growing while tourism remains robust which helps the country’s growth prospects. Growth during the first half of 2019 was robust at 5.4%.

According to the IMF, the high level of public debt and large external gross financing needs leave Egypt vulnerable to a shift in global financial conditions, and a sustained increase in real interest rates could aggravate public debt dynamics.

In addition, a loss of momentum on reform implementation due to complacency or opposition from vested interests would weaken the growth outlook, mentioned the IMF, asserting the importance of boosting competitiveness and promoting private sector investments.

Egypt will need to accommodate an estimated 3.5 million new entrants to the labour

market over the next five years, in the context of already high youth unemployment and low labour

The authorities and staff agreed that the growing labour force presents a tremendous opportunity for faster growth, but only if it encounters a strong and vibrant private sector that can productively employ those workers.

Healys expands in Egypt as its first branch in Middle East