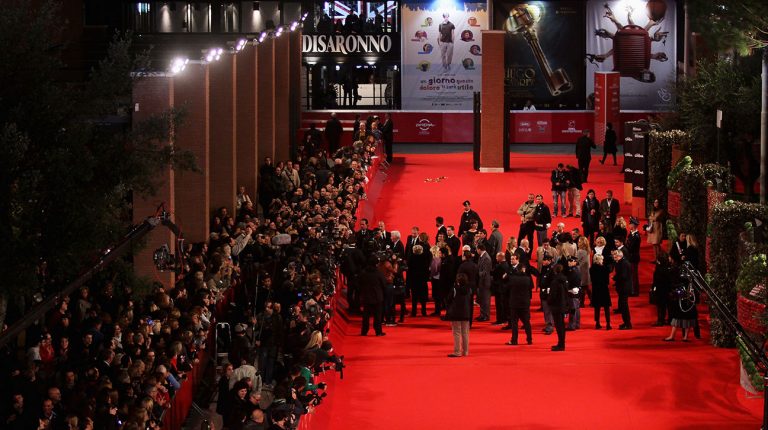 The Rome Film Festival announced that Oscar, Emmy, and Tony-winning actress Viola Davis will be the recipient of the festival’s Lifetime Achievement Award during its 14th edition to be held on 17-27 October.

Artistic Director Antonio Monda and Vice-President of Fondazione Cinema per Roma, Laura Delli Colli, said that Davis will also participate in a Close Encounter, an onstage conversation, where she will discuss her career in film, television, and theatre.

“Viola Davis is an extraordinary actress who has transformed sincerity and dignity into sublime thespian art,” Monda said.

Davis is the first African American actress to win an Oscar, Tony, and Emmy. She is a three-time Academy Award nominee and won the Academy Award for Best Supporting Actress for the film Fences in 2017. She is a two-time Tony Award winner for her work in Fences and King Hedley II. In 2015, she became the first African American actress to receive the Primetime Emmy Award for Outstanding Lead Actress in a Drama Series for her role in How to Get Away with Murder, and was nominated for the same role in 2016 and 2019.

Another Lifetime Achievement Award will be conferred to Bill Murray, presented by Director Wes Anderson who has directed him in some of his most iconic roles. On that occasion, Murray will take part in another Close Encounter, hosted by Anderson, during which he will review the most important events of his cinematic career.

Murray has led distinctive roles as the refined protagonist of memorable cult films, including Groundhog Day by Director Harold Ramis, Ed Wood by Director and Producer Tim Burton, Broken Flowers by Director Jim Jarmusch, and Lost in Translation by Director Sofia Coppola, which won him a Golden Globe, a Bafta and an Oscar nomination. His long-time collaboration with Anderson has been remarkable and includes eight features: Rushmore, The Royal Tenenbaums, The Aquatic Adventures of Steve Zissou, The Darjeeling Limited, Fantastic Mr. Fox, Moonrise Kingdom, Grand Budapest Hotel, and Isle of Dogs.

The festival also announced that the film Tornare by Director Cristina Comencini will be the closing film. The Roman filmmaker Comencini is an Academy Award nominee for Best Foreign-Language Film (Don’t Tell) and winner of two Nastro d’Argento awards.

According to the festival, the main character in Tonare is Alice, a forty-year old woman who returns from America after long absence when her father dies. Alice and her sister decide to sell the family home, but they must first clear it of their old things. Unexpectedly, Alice discovers that there is young and beautiful woman living in the house. The conversation she begins with her is intense and promising, as is the bond she creates with Marc, a charming kind man she meets at her father’s memorial service.

“I am honoured to close the Rome Film Fest with Cristina Comencini’s film,” the festival’s artistic Director Monda said. “I admire the courage and honesty with which she portrays grief in the splendid setting of Naples seen as no one has ever shown it before in Italian cinema,” he added.

The festival also announced that La prima donna by Director Tony Saccucci, starring actress Licia Maglietta, to be the pre-opening film. According to the festival’s catalogue, the film is a forgotten story that returns to light, tackling a tale of inequality and violence against women.

The film tells the story of inequality and violence against women relying on never seen before original documents, texts, photographs, audio recordings, valuable images from important national and foreign archives, such as Luce Historic Archives, and silent films used as narrative material.

In his sophomore film, Saccucci – who directed Il pugile del duce, and received a special mention at the Nastro d’Argento awards as Best Debut Film – tells the forgotten, rediscovered, and shocking story of Emma Carelli, an absolute opera diva. Acclaimed worldwide in the early twentieth century, she was one of the first women managers in Italy as director of the Teatro Costanzi from 1912 to 1926.

A soprano renowned in Italy, Europe, and as far as South America, she triumphed as an impresario as well, in an environment dominated exclusively by men, headlining Picasso, the Ballets Russes, and the Futurists in her theatre, for the first time in Italy. Extremely popular and innovative, a fearless and emancipated spirit, she demonstrated a character at a young age that allowed her to hold her own against her older colleagues and the competition of other theatres, including the feared Maestro Arturo Toscanini and the head of the new regime, Benito Mussolini. This was a lot, and maybe even too much for a woman in that era.

After reaching the apex of consideration in the public eye, during the fascist period, Carelli soon came under fire from the private and political spheres. In 1926, the Government suddenly dismissed her as the director of her theatre, because – reads a report written by the Fascist secret police – “as a woman she has developed an independent character that leads her to feel superior to everyone else”. As Italy headed towards the authoritarian regime, Carelli witnessed the end of her theatre, her marriage, and her role as a protagonist of the musical world. She terribly died in 1928, the year that broke all records in the history of Italy for the number of suicides by women.

As for the opening film, filmmaker Edward Norton’s Motherless Brooklyn will open the festival. Norton, who wrote, directed, produced, and stars in the film, will take part in a Close Encounter as well.

“Motherless Brooklyn is a magnificent noir, in the tradition of the finest classic cinema, and a compelling adaptation of the excellent novel by Jonathan Lethem,” Monda declared.

“Edward Norton displays a firm hand and unblinking eye in directing this eternal story of ambition, corruption, and racism. It is a great honour to open the Rome Film Fest with a film of such quality,” he added.

Norton plays Lionel Essrog, a lonely private detective living with Tourette Syndrome, who ventures to solve the murder of his mentor and only friend, Frank Minna. Armed only with a few clues and the engine of his obsessive mind, Lionel unravels closely guarded secrets that hold the fate of New York in the balance. In a mystery that carries him from gin-soaked jazz clubs in Harlem to the hard-edged slums of Brooklyn and, finally, into the gilded halls of New York’s power brokers, Lionel contends with thugs, corruption, and the most dangerous man in the city to honour his friend and save the woman who might be his own salvation.

Norton will also be featured in the traditional Close Encounter to delve into the most important events of his cinematic career, with clips from some of his memorable films.

“Italian cinema has had an enormous impact on my own tastes and aspirations as a filmmaker,” Norton said. “And so to have my film open the fest in Rome is truly a fantasy made real. It’s truly a great honour, and I’m so delighted. I believe, though this is an American epic and a New York noir, that Italian audiences will quickly feel the resonance of the themes within their own recent experience,” he added.

The festival will devote two retrospectives to two paramount figures of international cinema. A retrospective, organized in collaboration with the Japanese Embassy and the Japan Cultural Institute in Rome, will be dedicated to Japanese cult Filmmaker Kore-eda Hirokazu, who will also attend a Close Encounter. His work takes an original approach to themes such as life and death, family ties, loved ones and memories.

Another retrospective will focus on German Director Max Ophüls, considered one of the most brilliant and sophisticated auteurs of the seventh art, an essential reference for many directors including Stanley Kubrick.