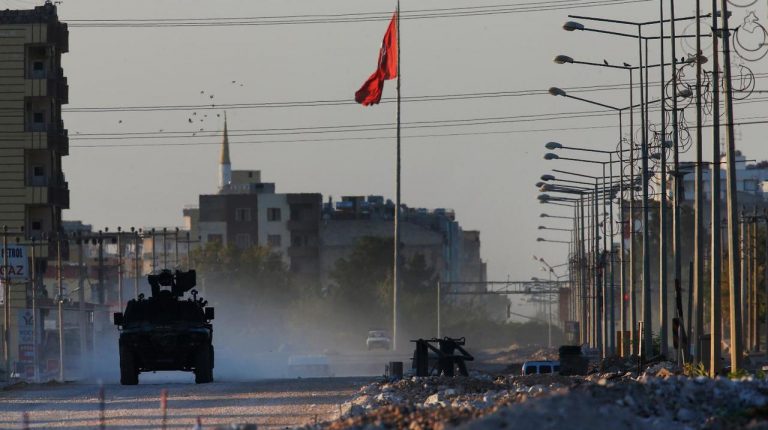 United States (US) President Donald Trump, who abandoned Washington’s key allies, the Kurds, last week, has defended his decision to pullback US forces from northeast Syria.

“I don’t think our soldiers should be there for the next 50 years guarding a border between Turkey and Syria when we can’t guard our borders at home,” Trump said in a speech to the Value Voters Summit in Washington on Saturday.

Trump’s move to withdraw US forces, leaving behind the Kurdish fighters who helped the US defeat the Islamic State (ISIS) in Syria, drew huge criticism internationally.

His decision was met by opposition from Republican lawmakers as they rebuked his move to withdraw US troops. Senate Majority Leader Mitch McConnell said that such a plan is expected to bolster ISIS fighters. 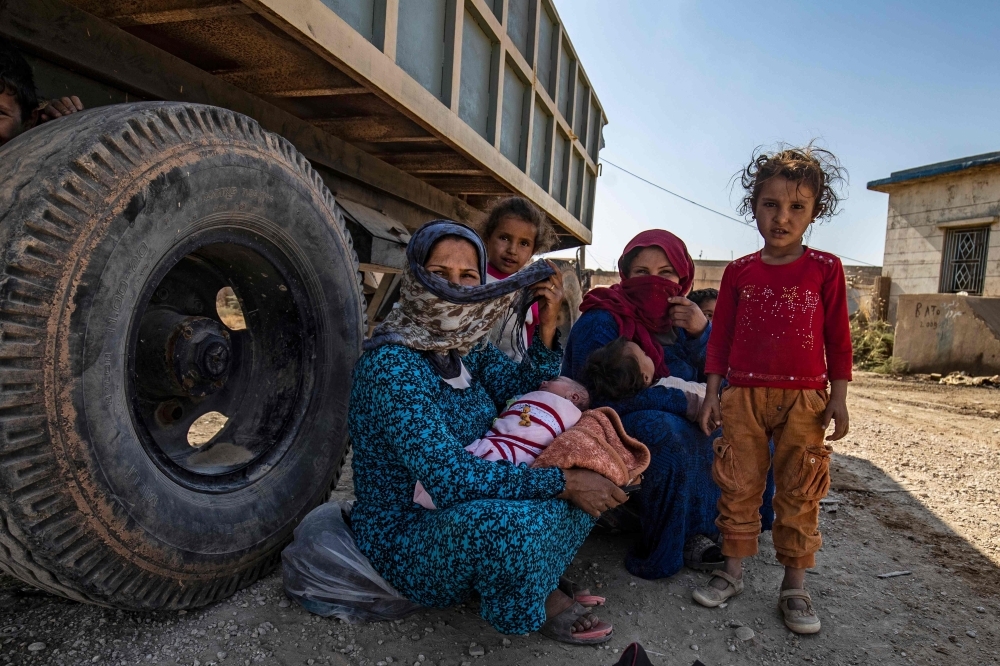 Moreover, Lindsey Graham, chairman of the Senate judiciary committee, said that Turkey needs to know that Congress will take a different path and it will pass “crippling sanctions in a bipartisan fashion.”

“The re-emergence of ISIS is on the way. And if you think only Europe is threatened, you (Trump) are sadly mistaken,” Graham tweeted on Friday in response to the US move.

Trump’s sudden retreat raised huge concerns, in particular, over the fate of tens of thousands of ISIS fighters and their families who have been detained by the Syrian Kurdish forces in prisons and outlawed internment camps.

More than 11,000 people are estimated to be held inside that prisons, including Syrian and Iraqi fighters and others from around 50 foreign countries.

Trump complained that he kept pressing on Germany, France, and other European countries, in which many ISIS fighters belong, to take them back, as the US is not able to take the cost of holding them anymore.

Seeking to get over the “Syrian burden,” Trump gave the green light to Turkey to attack Kurds and to begin a military offensive into northeast Syria when he announced that American troops would withdraw from the area around Syria’s border with Turkey.

“The US will not support or be involved in the operation, and US forces, having defeated the ISIS territorial ‘Caliphate,’ will no longer be in the immediate area,” the statement read.

With such a decision, Trump cleared the way for Turkey to attack the Kurds.

Turkey began its offensive on Wednesday last week, and it is apparently making gains, amid a huge humanitarian crisis as tens of thousands of people have been displaced, while more are threatened to be killed or displaced too.

Now, Turkey is accused of shelling prisons holding ISIS fighters. On Wednesday, Turkey reportedly bombarded a part of Chirkin prison in the city of Qamishli, where ISIS fighters are held, according to the Kurdish-led authorities.

Meanwhile, there are also around 100 ISIS-affiliated women and children who escaped from Ain Issa Camp, which is guarded by Kurdish forces, the Syrian Observatory for Human Rights reported.

There are also reports that four ISIS fighters escaped from other jails in northeast Syria amid shells by Turkish troops. 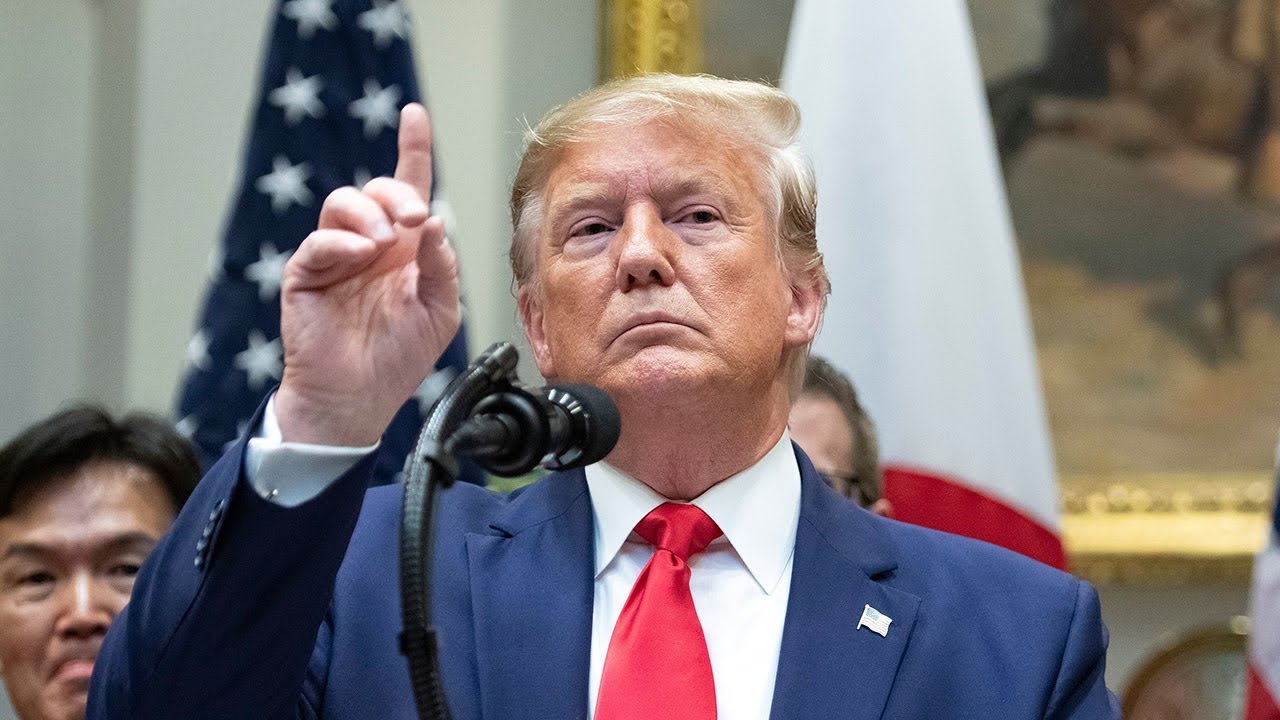 More than 200,000 in Syria have fled since the offensive began, according to the Syrian Democratic Forced (SDF) and the United Nations. Dozens of civilians were killed, including women and children as well as Kurdish fighters.

The US retreat was received by international and local condemnations as well as some actions.

In the latest updates on the Turkish offensive, Germany and France on Saturday temporarily halted arms exports to Turkey over its military incursion.

However, Turkey responded to the Arab League accusations. “I strongly condemn the Arab League for mischaracterising Turkey’s counter-terrorism operation in north-eastern Syria as an “invasion” in a statement issued earlier today,” Fahrettin Altun, Turkey’s communications director tweeted on Saturday.

On the other hand, Russian President Vladimir Putin, the main supporter of Syrian leader Bashar Al-Assad, has warned that the Turkish offensive of northern Syria could result in the freeing of thousands of captured ISIS fighters. 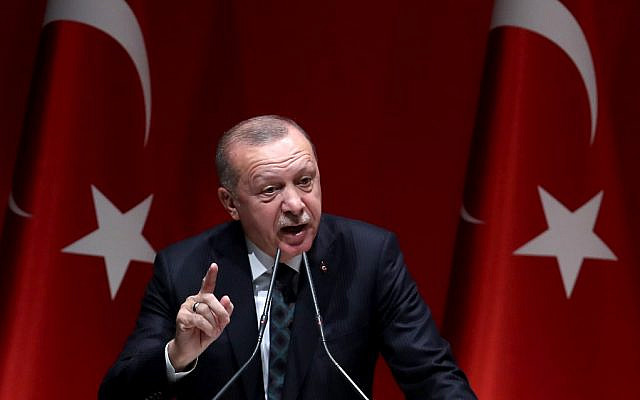 Turkey is attacking Kurds under the veil of fighting “fighting terrorists.” It launched an offensive dubbed “Operation Peace Spring” against the SDF led by Kurdish People’s Protection Units (YPG) militia, killing and injuring dozens, and forcing tens of thousands of people to flee the violence.

Turkey considers the Kurdish YPG  as “terrorists,” accusing them of having ties to a separatist Kurdish group in Turkey, the Kurdistan Workers Party (PKK).

Beside its “fighting terrorism goal,” Turkey intends to create a “safe zone” for the return of millions of refugees to Syria. Erdoğan stated that the “Turkey military operation” aims to bring back peace to the region and to ensure that Syrian refugees will return to their countries.

Now there is a critical danger with the US’s withdrawal from Syria, that the ISIS fighters might escape from prisons and camps where they are held to revive the Caliphate again.

Turkey is making gains from its offensive, managing to capture 11 border towns up until Friday night, according to AFP and the Britain-based Syrian Observatory for Human Rights. 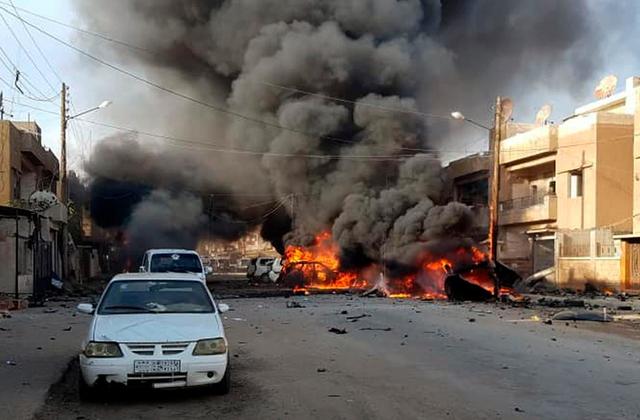 On Saturday, Turkey said that its forces have captured the key Syrian border town Ras Al-Ayn’s residential centre in the east of the Euphrates River. However, an SDF spokesperson refuted that.

Facing international condemnation of the Turkey offensive, Erdogan threatened to release millions of Syrian refugees in his country to migrate to Europe if the continent’s leaders call the Turkish invasion of Syria an “occupation.”

“We will open the gates and send 3.6 million refugees your way,” Erdogan said on Thursday.

The burden of Syria

“Trump does not want to pick a fight with Erdogan over Syria because the US president sees Erdogan as one of his key foreign allies. Ultimately, Trump does not want the United States to have a long presence in Syria, and he is convinced that Erdogan will take the burden of Syria off of his shoulders,” Nicholas A Heras, Middle East Security fellow at the Center for a New American Security told Daily News Egypt.

“For the White House, withdrawing support from the SDF is a small price to pay for getting Turkey to relieve Trump of the burden of Syria,” Heras added.

“Surprisingly, the Trump administration does not have a plan to ensure that 9,000 plus ISIS prisoners, most of them local Syrians and Iraqis, get transferred over into Turkish custody. The result of Trump’s new Syria plan is chaos which helps ISIS,” Heras concluded.