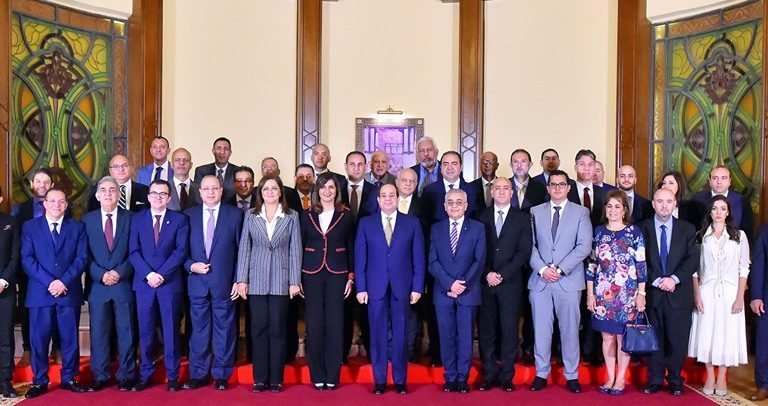 President Abdel Fattah Al-Sisi received a delegation of Egyptian investors abroad who will participate in the fifth “Egypt Can” conference, on Tuesday.

According to Presidential Spokesperson Bassam Rady, Al-Sisi stressed Egypt’s keenness to interact directly with investors and the business sector of Egyptians abroad, to benefit from their experiences and proposals, and work to strengthen their ties with their homeland.

Al-Sisi stressed that Egypt aims to boost investment and achieve sustainable development across all its fields, in line with Sustainable Development Strategy: Egypt Vision 2030.

On another note, Al-Sisi met with Toyota Tsusho President and CEO Ichiro Kashitani, along with the Minister of Electricity Mohamed Shaker, and the Japanese ambassador in Cairo Masaki Nuki.

During the meeting, the president stressed the strength of Egyptian-Japanese relations, expressing Egypt’s keenness to further develop them across different fields.

Kashitani showcased projects that his company is considering implementing in Egypt in the near-future, pointing out that the volume of the company’s investments in Egypt accounts for $1bn.

Toyota Tsusho investments in Egypt is distributed across several projects in the fields of electricity generation from wind energy, oil drilling, and exploration projects.