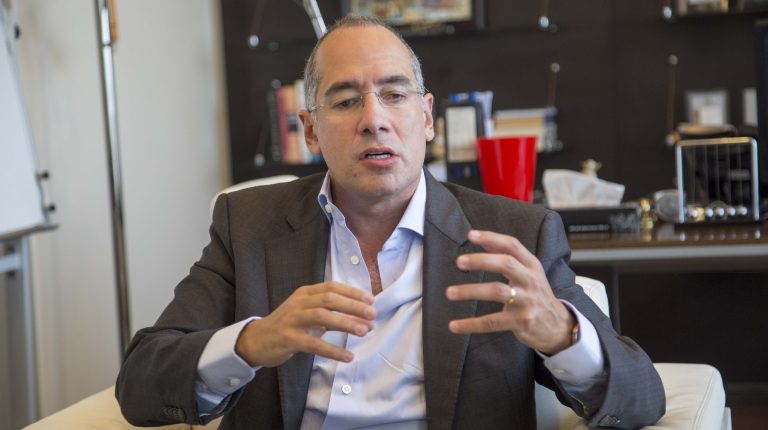 Egypt is currently capable to compete and absorb more investments with its distinguished position, says Co-Founder and Managing Director of Qalaa Holdings Hisham El Khazindar, during “Egypt Can with Investment and Development” conference held on Wednesday.

He explained that the reforms Egypt undertook during the last years were difficult but necessary. “Egypt has passed by a difficult period, during the last five or six years, Egypt’s financial and economic situation was difficult,” he said.

However, he stated that Egypt’s economic and financial situation has improved a lot now, praising the huge projects lead by the government, including generating and developing the electricity network, in addition to enhancing the infrastructure that allowed more growth and investments in the country.

“This year’s conference’s fifth edition, but this year Egypt can proudly say proudly that we can truly do it,” he asserted.

El Khazindar stated that Qalaa holding was one of the companies that bet on the economic reform programme and the future of Egypt, stating that it pumped a lot of investments in Egypt to encourage the investment during the past five years, most notably through the Egyptian Refining Company (ERC).

Tackling Egypt’s future, El Khazindar mentioned the need to continue working on the reforms, especially in simplifying the procedures and investing in education.

He also stated that the next period needs more highlighting on the achievements that Egypt has achieved and more promotions for the investments.

Qalaa Holdings partakes in Future of Investment Initiative in Riyadh